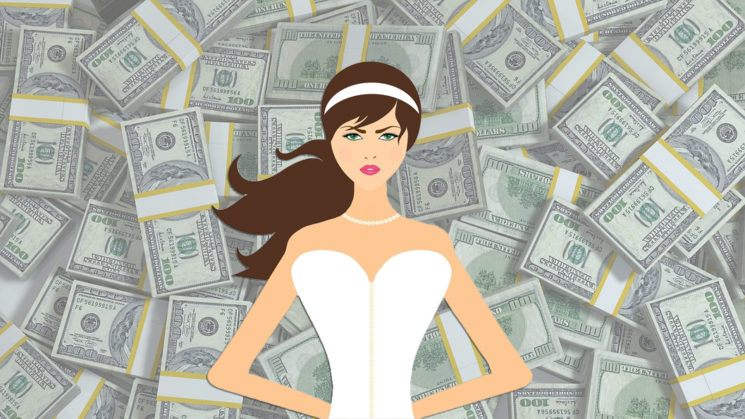 Trashing someone all over the internet is not an adequate way to express your dissatisfaction with their services. A bride from Canada learned this the hard way after the court ordered her to pay $115,000 CAD (nearly $89,500) for trashing a wedding photographer online and ruining her business.

As CBC reports, the business in questions is Amara Wedding, belonging to photographer Kitty Chan. It was reportedly ruined after a series of online posts by the bride Emily Lao, who was dissatisfied with their photography services. When you go to their website, you can see that it’s out of function.

According to CBC, Liao signed a $6,064.80 contract with Amara Weddings in 2015. The bride allegedly asked Chan to take photos herself, but another professional photographer ended up taking pre-wedding portraits. According to the court ruling, Liao was dissatisfied with the photos, complaining about their “poor quality, quantity and repetition.” However, she also testified that Chan assured her that “the concerns would be resolved once the proofs had been touched up and edited.”

One week before the wedding, Liao reportedly stopped paying Amara Weddings. Consequently, Chan refused to send her the photos until she paid the agreed balance of the contract. After this, Liao sued Chan in small claims court, but she didn’t stop here. She turned to the internet too and began posting offensive comments about Chan’s business. As CBC writes, she wrote comments on “English and Chinese language blogs, forums and social media sites including Facebook, VanPeople, Weibo, Wechat and Blogger.” She accused Amara Wedding of being “a scam,” “lying to its customers,” “destroying the evidence,” “using fictional identity” and much more.

Liao’s posts went viral, according to Chan. “In the Chinese community, a lot of businesses rely on word of mouth,” she told CBC. Consequently, she lost customers and closed her business in January 2017. Liao’s small claims lawsuit was dismissed, but Chan won a counterclaim, as CBC reports. At this point, Liao offered an apology, but it was already too late for Chao to save her reputation and business.

The court ordered Liao to pay $75,000 CAD in damages to the business, as well as aggravated and punitive damages of $40,000 CAD. Justice Gordon Weatherill wrote that “this case is an example of the dangers of using the internet to publish information without proper regard for its accuracy.”

When you visit the company’s profile on Yelp, you’ll notice that Amara Wedding is indeed now closed. But you can also see that it wasn’t primarily a wedding photography business. They were a one-stop service for brides, providing wedding dress rental bridal makeup and hair, decorations, flowers, wedding planning and coordination.

Chan tells CBC that she is satisfied with the ruling, but that the case was never about the money:

What I have lost has already gone, so I don’t think anything can compensate that. I want to prove to people that they have to face any consequences when they say something on the internet. We know how bad it could be when a rumor is spreading on the internet, but I have never thought this will happen to me.

As I mentioned earlier, trashing someone online is not an adequate way of expressing dissatisfaction. It goes both ways, of course, because we’ve seen both clients trashing photographers and the other way around. From this case, we can see that trashing people online is not just nasty or immature, but it can have major consequences for both sides.

« This is all the shiny new camera gear announced at this year’s WPPI
55% plastic surgery patients want to look better in selfies, study finds »