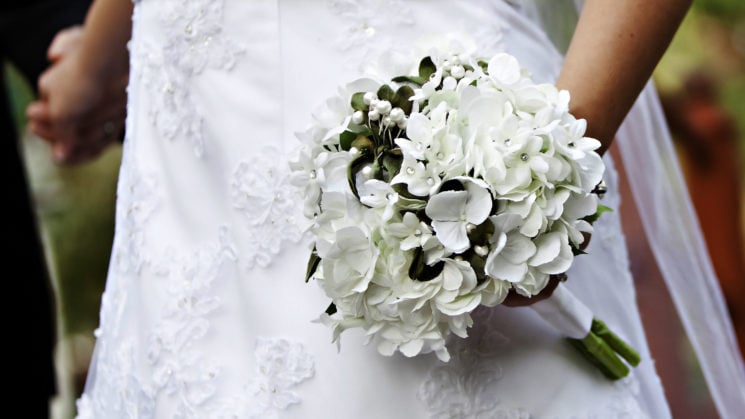 This is one of those stories that just seems so outrageous, it has to be fake. Or it happened in Florida. I have no evidence of the latter, although I did discover this story via an Orlando “news” website. It begins with a post on Reddit, by user Breathofthemild420 who had a very unusual tale to tell. He spoke of a bride’s proposition: “You pay us $50 and then start taking photos that you can sell at the wedding to people who want them.”.

Naturally, he said no, before she turned into a bridezilla and he finally agreed to make her go just go away with no plan of actually turning up. On the day of the wedding, when he didn’t arrive, he says the bride and her father harassed him to the point of showing up at his house and beating on his door. But there’s so much more to this story.

My friend got married last week, she needed a photographer. A few months before the wedding she asked me to shoot her wedding because I’m a photographer. This is the rate she threw at me:

“You pay us $50 and then start taking photos that you can sell at the wedding to people who want them. That way we can use the money for the wedding and you still might get paid.”

I said no obviously. But nicely. She was very upset with this and started to cry when I said I’d do the wedding for just $50 which is way below my rate. She started with the bridezilla anger stuff which I had to deflect for an hour until she called me a “bad friend” and said she’d do the same for me.

Assuming this story is true, it’s quite the twist on the old “Will you shoot my wedding for free?”. The bride thought she was doing this guy a favour (yeah, I know!) by letting him sell photos to whoever at the wedding wanted them, and she’d make a little to help towards the cost of the wedding. As outrageous as that might sound to actually read out loud, it probably made sense in her head.

He says she eventually left in a huff and he shrugged it off. He says he then started receiving phone calls and messages from mutual friends and her family members he didn’t even know saying that he’s selfish, ruining his “best friend’s” wedding, and should be ashamed. He finally offered to shoot it for free, but says she insisted he pay her.

After what he describes as dozens of calls and “several HUNDRED” texts, he finally just told her he’d do it, with no intention to actually show up. And it worked, for a while. He says that he did not hear a peep from anybody else after that… Until the day of the wedding.

Shortly after noon on the big day, he claims that he started to receive phone calls asking “Where the f**k are you?”, “Where’s my money?”. This, he says, was followed by a barrage of texts and then somebody showing up at his house around 3pm “beating” on his door and yelling for him. This person, he says was the bride’s father and he left after a few minutes.

This is where you think it would be over, but it seems not. He says the next day he was receiving even more texts and calls saying he screwed over everybody over, how the only photos they had were shot on phones, and the bridge needed that $50 to pay the officiant “which they had to then crowdsource”. He says he was told he was “called out” in the best man’s speech.

After initially posting his story to Reddit, it seems that the harassment continued. An update was posted claiming that Breathofthemild420 called the police and both the bride and father have since been arrested.

It’s a wild story, and entirely possible that it’s all completely made up. But, I’ve got to be honest, with the crazy things that have definitely happened over the last couple of years, it wouldn’t surprise me if it did turn out to be true. The comments on Reddit are just as telling about the level of crazy in the world right now, too.

If it is true, then I feel for the poor guy, but I definitely wouldn’t have let things get this far. I’ve never read anything that’s made me more happy to not be a wedding photographer. It’s had no major media coverage, though, besides those citing the Reddit thread. Nobody’s linked to any arrest reports or even said where in the world this happened.

But, if it did really happen, my money’s still on Florida.

« Thieves smash photographer’s car window and steal over $9,000 worth of gear
Facebook now lets you copy all your photos and videos straight to Google Photos »