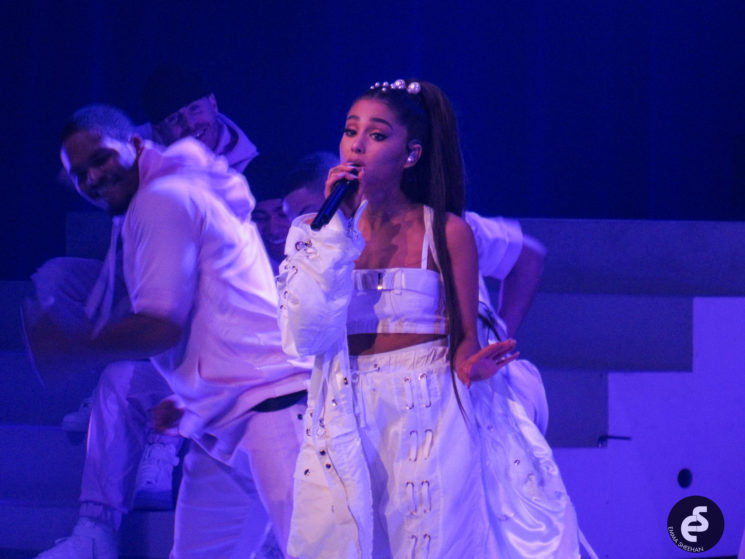 New York-based photographer Robert Barbera is suing pop star Ariana Grande for posting one of his photos to her Instagram without permission. Sounds familiar? It’s because the singer has already been sued for posting a photo of herself without licensing it, and she was sued by the same photographer.

Not even a year ago, Barbera sued Grande for sharing two of his paparazzi photos with her fans on Instagram. He sought $25,000 for each and according to The Fashion Law, the young singer paid up for image use retroactively. But now she has made the same mistake again. Judging from her tour’s terms and conditions, though, maybe she doesn’t get how photo copyright works.

Barbera filed a claim in a New York federal court on Monday. He claims that the singer “willfully, intentionally, and purposefully, in disregard of and indifference to [his] rights” posted his photo to her Instagram without licensing it.

This time, Grande didn’t use an unlicensed photo to promote her album, but it was again used for promotional purposes. She reportedly posted a photo from 2018 in which she is wearing one of her “Sweetener” sweatshirts. The photo was shared to her Instagram Story “to promote [her] brand and clothing.” Other than the photo in question, there was also the caption reading “My Merch Is So Cute and Comfy, Swipe Up To Get Da Look,” and a link to purchase the sweatshirt and other merch.

According to the lawsuit, Barbera argues that Grande is “not, and [has] never been, licensed or otherwise authorized to reproduce, publicly display, distribute and/or use the photograph.” He is seeking a still undefined sum of his “actual damages and Grande’s profits, gains or advantages of any kind attributable to [her] infringement of his photo,” along with punitive damages and attorney’s fees.

Interestingly enough, just like Ariana Grande has a history with sharing unlicensed photos, Barbera has a history of suing celebrities who do the same thing. The Fashion Law writes that he has also sued Justin Bieber, Alexander Wang, Christian Siriano, CBS, Versace, and others – for the same reason. While I rarely side with paparazzi, there’s no doubt that the copyright to his photos belongs to him, and he has all the right to sue those who use his photos without licensing them.