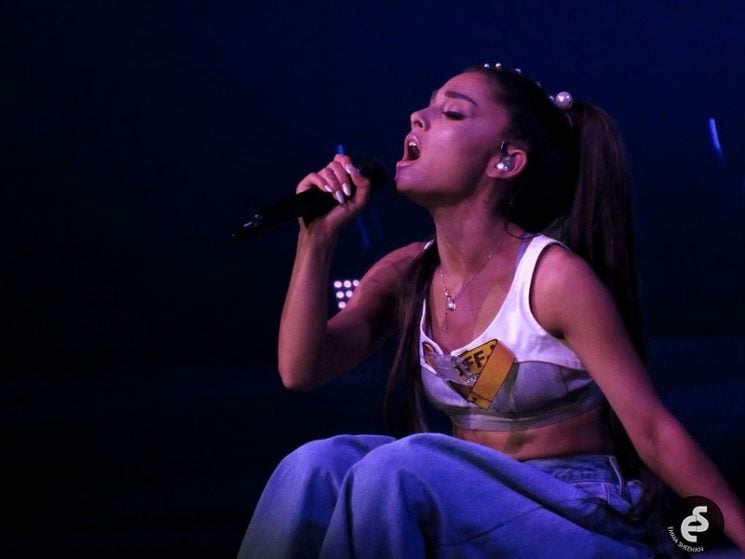 The agreement required to cover Ariana Grande’s Sweetener tour has made photographers mad. The agreement requires them to transfer their copyright of the concert images to Grande’s tour company. And if photographers wish to use their own photos, they need to ask for written permission from the performer in advance. Because of this and several other terms, The National Press Photographers Association (NPPA), along with 15 other press groups, is protesting against the agreement.

The “Standard Terms and Conditions for Photographers/Live Appearances” is available online. The agreement allows photographers to capture only still images, and only during the first three songs – but this is not that uncommon. However, what made the photographers mad is that “all rights (including all copyrights) in and to the Photographs shall be owned by GrandAriTour, Inc. (‘Company’) as a “work-made-for-hire.’” But it’s not all.

Photographers are required to “promptly provide Company with one (1) complete set of contact sheets and digital files of any and all Photographs taken in connection with the Performance, for personal, commercial and/or archival use by Company and Artist.”

Next, if photographers covering the concert want to use their own photos for journalistic purposes, they need written permission by the artist. The same goes for the news organizations for which these photographers work. And even if they do obtain permission, there are special conditions for using the image. First, they can use the photo only once. And second, it can be used only “as part of a news item relating to the Performance in the news publication of which Photographer is an employee/agent,” the agreement reads.

NPPA writes that these conditions violate established journalistic ethics. NPPA General Counsel Mickey H. Osterreicher wrote a letter of complaint to Grande’s representatives. It’s written on behalf of NPPA and 15 other outlets, including the Associated Press, The New York Times, Society of Professional Journalists and others.

We’ve heard of musicians who have weird requirements when it comes to photography (mainly phone photography, though). For instance, Adele stopped her concert to tell a guy to take his tripod down. Josh Klinghoffer of RHCP stopped playing and started filming with his phone. Jack White went even further and required the audience to lock away their smartphones. And to be honest, I’m on their side. People who shoot from the audience with their phones annoy everyone.