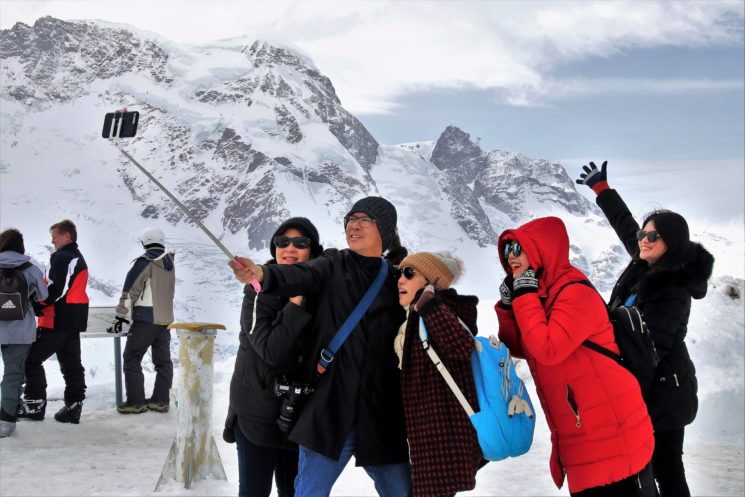 Because selfie sticks are so 2014, Apple is now turning to computational imaging for taking group selfies. Actually, for making them, since they will be composed out of individual selfies from different phones. Apple has filed a patent for an app that will allow everyone from the group to take a selfie they’re satisfied with, compose them into a single photo, and then add a background of choice. And if I may add – take “fake” to a whole new level.

When taking a group photo, there’s always that one person who blinks, makes a silly face or doesn’t like how they look in the photo. Apple’s app wants to tackle these problems by allowing all members of the group to take an individual selfie they’re pleased with and then turn it into a group photo.

In the recently published patent application, Apple explains that these individual selfies can be still photos, stored video images, or live streaming video images. So, you can compose not only a group photo but also a group video.

How does it work? First, one of you needs to send out invitations to the rest of the group. Then every person snaps a selfie individually and sends it to the first user when they’re pleased with how it turned out. This is when the app cuts out the subjects in all selfies and arranges them to get what looks like a real group shot. The final step is to add a background to this fake group photo. It can be the background of the person who sent the invitation, which makes at least something in the photo real. But you can also get crazy with custom backgrounds.

If you go out with friends and don’t want to be a part of a fake group selfie, you can reject the invitation when someone sends it. DPReview notes that the app can also be set so it limits participants to those within a certain range to the originator. This way, only those attending a particular event will be invited to participate in creating a group selfie. However, I can’t help but wonder: if you don’t set the distance, does this mean that you can add people who are miles away from you? Maybe you don’t even have to meet friends anymore. Or maybe you can add some of these fake people to your shots, too.

Now, I don’t want to sound too judgmental. As I was writing this, it popped to my mind that an app like this can be used as a joke. For example, I often go out with a group of friends and there’s often one of them who can’t make it. If the rest of us take a group selfie, I sometimes add a photo of the friend who’s missing using my terrible Photoshop skills. So, for a purpose like this, this app can be fun.

But I still see way more bad sides of it. First, it threatens to make people even more distant from each other than they already are. When I go out, there are groups of people around me, each staring at their own phone. The rare occasions when they get together are when they hug in order to take a group photo. I imagine a group of people at an event, each taking a selfie at the same time, and then they just keep staring at their phones. Scary.

Another thing with group selfies is that you make them preserve a specific moment with your friends and revisit it later. At least that’s my opinion, and you can read more on it here. When you get together with other people to take a photo, you preserve a certain moment at a certain place. However, with an app like this, each of you takes an individual selfie. Apparently, you don’t even have to be in the same room. And finally, you can add a random background to the final image. What kind of memory is that?

DPReview notes that it’s not clear when or if we will see the app on smartphones or other mobile devices. They add, however, that the technology for creating such app should already be at Apple’s disposal. I wouldn’t be surprised that it comes to life relatively soon, but frankly, I’m not looking forward to it.