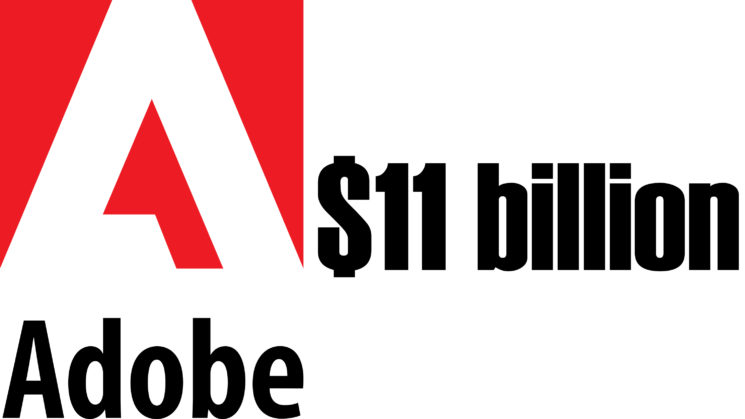 Adobe has announced financial results for its fourth quarter and fiscal year 2019. The results reveal that the company has achieved record revenue, both quarterly and annually. The quarterly revenue for the last quarter of 2019 is $2.99 billion, whereas the annual revenue is whopping $11.17 billion.

What’s interesting is that Adobe had more than one serious “hiccup” in 2019. For example, the company was hit with a massive data breach which exposed nearly 7.5 million Creative Clouds accounts to the public. Adobe also launched Photoshop for iPad, but it was a huge disappointment for many users as some crucial features are still missing. Then, all Adobe accounts were deactivated in Venezuela in response to the presidential order. This made creatives furious and they turned to piracy. However, the company managed to make all CC apps available in Venezuela again after some discussions with the US government.

When you take into consideration some of these major screw-ups, it’s pretty surprising that Adobe has achieved record revenue. Especially in the last quarter when all those incidents, disappointments, and hiccups took place. However, we can’t say that Adobe hasn’t had some great upgrades and products, too. There’s an AI-powered object selection tool, new and improved content-aware fill, and Adobe Photoshop Camera, to name a few. So, I guess that these were enough to beat all the screw-ups and bring Adobe some pretty impressive earnings.

« Canon EOS RF/EF hybrid will have a moving sensor to support both flange distances, rumor suggests
Zenit M camera is now available in the US and it’s priced like a Leica »