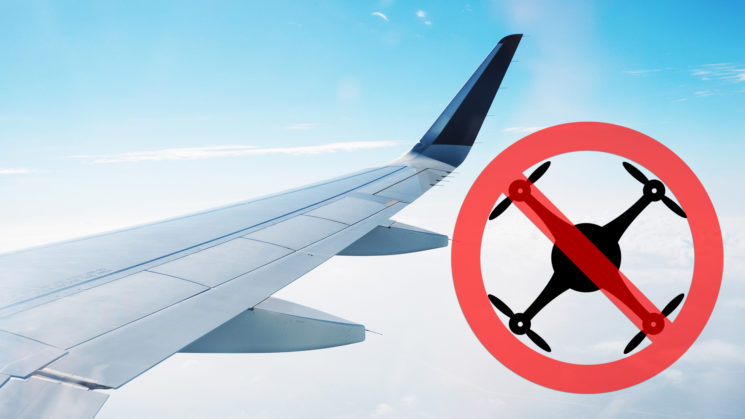 In December last year, there were reports of a drone colliding with a Boeing 737 in Mexico. These were just the presumptions and the officials were investigating the case. The investigation is now finished, and it turns out that there was no drone after all.

The incident happened on 12 December 2018 while the airplane was approaching Tijuana International Airport. Upon landing, the airplane had a cracked in and caved in the nose. FsMex and JACDEC tweeted about it, suggesting that a drone might have been the cause of the crash. But soon enough, other outlets started stating it as a fact, although it hadn’t been confirmed.

2018-12-12 Aeromexico B737-800 (XA-ADV) sustained damage to its radome on approach to runway 09 at Tijuana-Intl AP (MMTJ), Mexico. Flight #AM770 from Guadalajara landed safely. Unconfirmed reports indicate the aircraft may have hit a drone. https://t.co/L7aG5OlLDp pic.twitter.com/g0Mfpw1po3

After the collision, the authorities started investigating the case. Despite the earlier reports, there had been no drone after all. The experts also swabbed the area for bird remains, but there were no signs of them either.  According to Bloomberg, a poorly done repair on the plane caused its nose to collapse and crack as it prepared to land:

“The repair “likely” caused it to weaken over time and led it to collapse as air pressure changed during descent, according to the company. The indentation in the nosecone showed no evidence of an impact with a drone.”

When this story was first reported, it caused quite a stir. If there was a drone involved, it would have been the first time a small consumer drone crashed against a large jet. But although this was a false alarm, it doesn’t mean drones can’t cause problems in air traffic.

Over recent years, drone-airplane collisions were confirmed in Canada and Israel. There have also been a few close calls, and this one’s even caught on camera. Researchers claim that drones colliding with small aircraft could cause big problems (although DJI claims the opposite). But even when there are no accidents, we definitely know that flying drones near airplanes causes massive chaos. Drone sightings recently shut down Gatwick, Heathrow and Frankfurt Airport, delaying flights for thousands of passengers. So, even though the incident in Mexico wasn’t caused by a drone, this still doesn’t mean you should fly a drone near airports.

Caught On Camera: GoPro Skydivers Catch Their Two Planes Collide. From Inside The Plane

« Instagram star plows his car into protected area on Iceland, brags about it on Instagram
Apple’s new $6K+ 2019 Mac Pro ditches the trash can design for the cheese grater look »