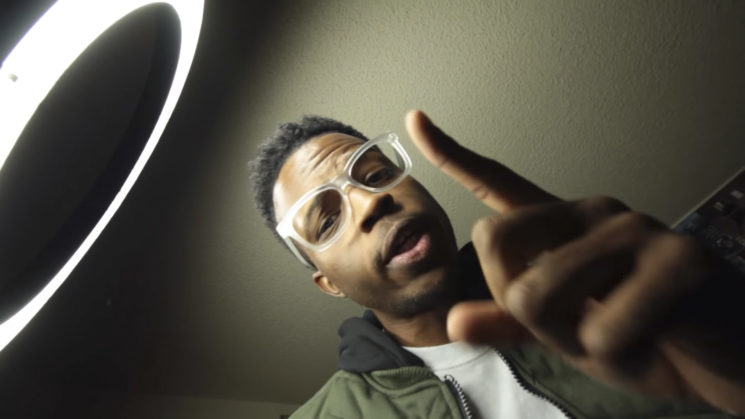 Transitioning from one shot to the next in a video or film has a huge psychological effect on the viewer. It can be seamless showing an instantaneous switch from one viewpoint to another. Or, it can show the passage of time. They can be relaxing or jarring. It all depends on the feeling you want the viewer to have.

With the proliferation of affordable video cameras and editing software, new transitions pop up all the time. Not all of them work for every pair of clips, but they all have their place. In this video, filmmaker Darious Britt shows us 6 easy in-camera transitions that you can use yourself. While aimed at vloggers, you can adapt these to fit many genres of video.

What I love the most about this video is that as well as just telling you what they are, Darious is actually using them throughout the video.

This is as classic as it gets, especially on YouTube. All you do is cover up the lens at the end of one clip and uncover it at the beginning of the next. Then in the edit, you cut from one clip to the next when the scene is black.

The whip pan is another common transition. It’s not just used in vlogs, though. This one’s been used many times in cinema to hide edits or to transition from one scene to the next.  You spin out at the end of your first clip, spin before the beginning of your second, then hide the cut in the motion blur.

Depending on how it’s used the whip pan can indicate a couple of things. The first an instant change in viewer perspective. For example, a camera panning from one person to another in the same room. Darious shows an example of this in the video where he whip pans to a second instance of himself. Or it can be used to show that time has passed, as in the example above.

This is a variation of the whip pan. Here, the whip focuses on a specific object, and then pans back. Again, the cut is hidden in the motion blur.

The spin works when your shots are both centred around a particular subject. Although more common to things like vlogs, I have seen it used in a couple of movies. One occasion which springs to mind was a scene where a couple was dancing. The camera shows the viewpoint of the man looking at the lady. They start to spin, and suddenly they’re dancing in another location, her casual clothes switched out for a fancy ball gown.

Darious suggests that a quick slight jerk of the camera is the key to selling this effect. It creates a little extra motion blur and a jarring motion that distracts you from the fact that the shot has just changed.

I don’t care what Darious calls it, I’m calling this one “The Butterfly Effect”. They used this one all the damn time in that movie.  Every time he did something that changed his past and affected his future, this was the transition between the shots.

It’s a very cool effect, and you can hide some pretty drastic shot changes in a shake. You just have to have something consistent for your viewer to try to focus on while it’s happening.

This is another one that’s quite common in movies and TV shows. You move your camera so that its view is completely covered by something. Then you start your next shot with the camera already covered and pull it back to reveal what you want to show.

Usually, I’ve seen this method used in a way similar to “The cover”. That is to say that the item which blocks the camera’s view is typically black. It might be a suit jacket or a shadow in a doorway, for example. This is similar to the technique that allows cameras to seem as if they travel through walls in many movies, too.

For still photography, motion blur isn’t usually a desirable effect. For video, though, it can be a wonderful creative tool. With motion graphics and effects it gives your final result that extra sense of realism. And it can be used to hide a multitude of transition effects.