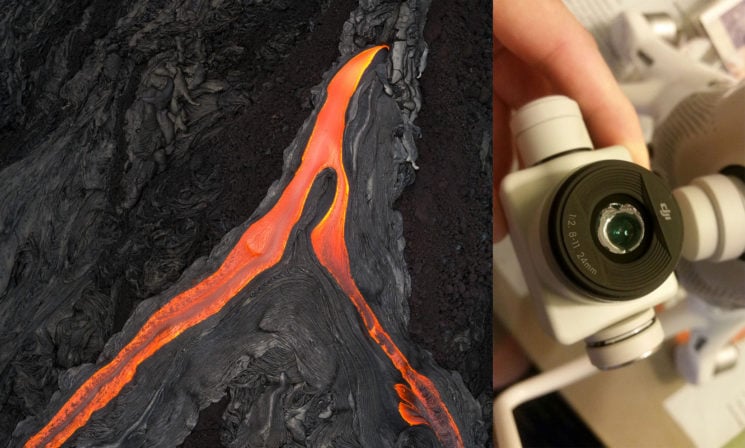 Earlier this month, DIYP featured some of the most beautiful lava shots I’ve ever seen. But there was a price to pay for these photos: photographer Erez Marom melted his drone. Seeing the images, I’d say it was definitely worth it. And now, Erez has published the drone footage of the lava flows which caused his drone to melt. And guess what – the video is just as beautiful as the photos.

Rivers of Kilauea is an aerial video from Erez’s trip to Hawaii he took this October. It shows lava flowing from the Puʻu ʻŌʻō crater of Kilauea Volcano, located at the Big Island of Hawaii. As he points out, he and his friend hiked 8 kilometers to reach the lava flows. Luckily – it was just outside the National Park, so shooting with the drone was legal.

At the beginning of the video, you can see another drone in the frame. Since Erez was shooting together with his friend, he briefly captured the friend’s drone. Erez got a little carried away, though, so he eventually melted the plastic on his drone. It’s hard to estimate how close to the lava he got, but his guess is about 10 meters.

I’d say Kilauea Volcano was pretty tough on the cameras at the time. The molten lava also engulfed Erik Storm’s GoPro, who was Erez’s guide on this trip. But although the hot lava was rough to their gear, it left them with spectacular shots we don’t see every day.