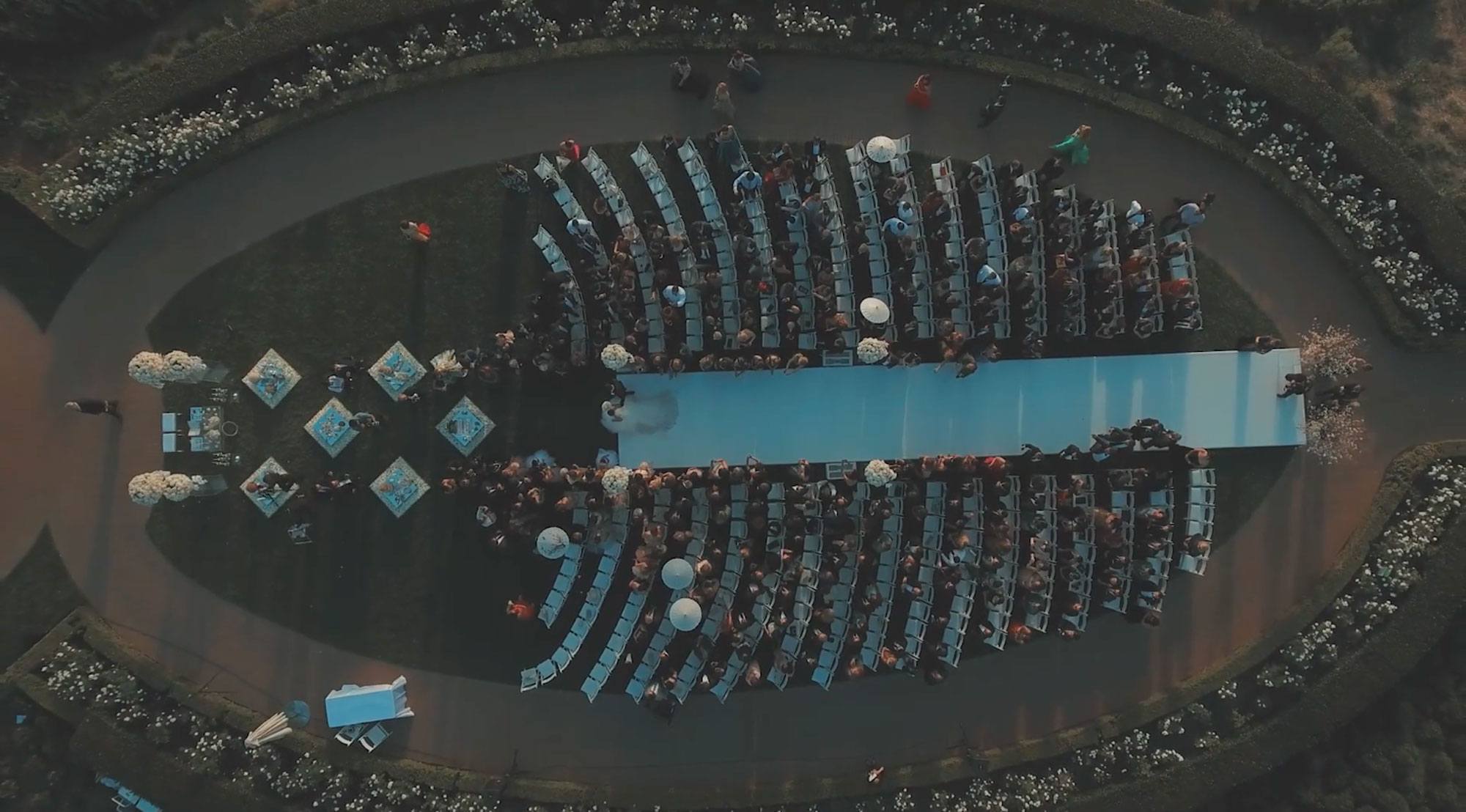 The web have been sizzling with Kaveret’s drone footage of a bride walking the aisle. It is a gorgeous cinematic footage of a wedding at Pelican hill at Newport beach, California.

The footage was taken using a Phantom 4 and it is quite different from any drone wedding video you have seen to date. We sat down with Adam Rubin, Kaveret’s CEO and drone operator to break this shot down.

Adam tells DIYP that this was not a trivial shot, and that there was a few factors contributing to the complexity of the shot.

The hardest thing for me was to make this shot in a single cut. You are telling a different story with a single long take than when you’re combining several short cuts. The impact of a single cut creates a significantly more impactful experience. In terms of storytelling it feels as if everyone is waiting for the bride to arrive at the alter. The audience, groom, family and guest are all waiting until the bride arrives.

I tend to agree, and while Adam will probably never admit it, this scene can be easily connected to the Goodfellas Copacabana long steadicam shot which again sets the narrative of the story to revolve around Ray Liotta.

The other issue that Adam had to deal with is that the walk was not scripted or orchestrated by him, and while the general flow of the walk was pretty obvious, the timing of it was not planned. Adam says, that while he had the camera movements script built, he still had to be alert and adjust according to what was actually going on.

We asked Adam about the issue of motor noise. Adam tells us that between the height of the Phantom and the 4 monitors  the noise was barely noticeable.

while sometimes just getting a different angle with a drone provide a good story element, adopting the same camera movements that have always worked can bring a lot of added value to a drone shot. The only difference is that there are now 5 axis to consider: X, Y, Z tilt and pan. This makes a shot immensely more complex, and as with all wedding footage there are no second takes

« The portfolio of portfolios: what you need, and why
This photographer quit her job three years ago to photograph women around the world »