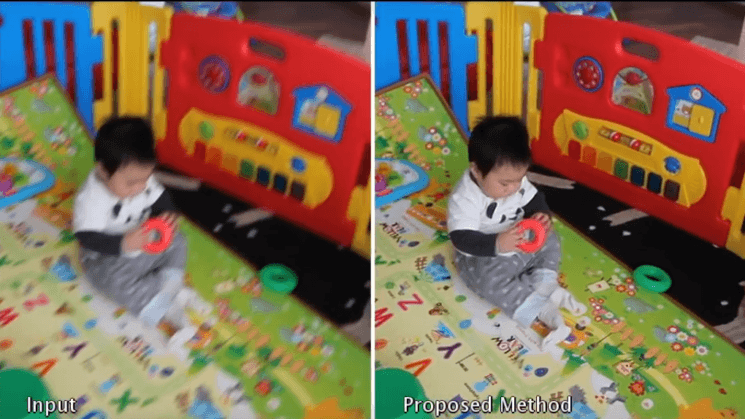 Stabilization is definitely one of the essential things to have in mind while shooting and processing the video. Computer engineers from Duke University have come up with an algorithm that quickly resolves the problem of blur caused by the shaky footage. This solution looks at the problem from a fresh angle and resolves it in a new way. And it’s now even integrated into Adobe After Effects.

This stabilization algorithm helps you handle blurry videos in a quick and efficient manner. The scientists behind the code shared the way it works, as well as some sample footage to see the software in action.

The team consisting of Mauricio Delbracio and Guillermo Sapiro wanted to take a new approach to an old problem. As Delbracio points out, the previous algorithms aimed at resolving blurry footage worked on the principle of inverting the cause of image blur. But he and Sapiro created a different method.

It was very simply explained on Techxplore: the video is a string of still images in rapid succession. The algorithm uses the surrounding images of every blurred frame to sharpen it. Since the blur can take different patterns, they say each frame is blurred differently. The algorithm analyzes the sharpness of the original frame and then compares it to the nearby frames. It chooses the best options available and compiles them into one image. By doing this, it creates a completely new image, which is inserted in the video to replace the blurry original.

As Sapiro explains, “each image has something good and something bad, so we simply tried to merge all of the good parts. We discovered that once you realize all the frames are degraded differently, it becomes very easy to do this mathematically.”

The algorithm Delbracio and Sapiro created has recently been implemented in Adobe After Effects. It provides the users with more advanced video stabilization and helps you end up with usable video even when you shoot with a handheld camera.

Sony resolves the “Star Eater” issue in the new a7rIII?