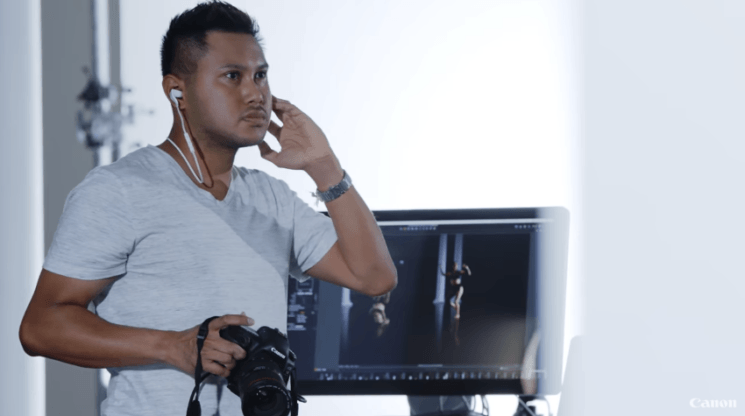 We all have the voice of the inner critic within us. Sometimes it whispers, sometimes it shouts, but it always affects our work.

The crew from Canon Australia’s The Lab has created an experiment to see how photographers cope with the voice that constantly criticizes them. It shows what it’s like to work under this kind of pressure, and it can help you deal with the times when your own inner critic becomes too loud.

The experiment features three photographers, photographing two dancers. They have 15 minutes to compose and create the shots, but there is a limiting factor. Each of them wears headphones which feature the “voice of their inner critic.”

There’s a voice of a man that asks them what we often ask ourselves while shooting: “Is this the best you can do?” “Is this the best use of light?” “Is this creative enough?” It tells them some of the photos are “cliché” and wonders “what the models are thinking of them.” Do these sound familiar? Do you tell yourself these things as well?

You can see in the video that photographers cope with this voice differently. But for all of them, it seems distracting, even limiting. After the experiment, one of the photographers makes a great point saying that it’s not a goal to shut off the inner critic completely, but just not to allow it to overcome the creative process. I believe this is something we should all aim for when creating. We should, first of all, be aware of that voice within us. We should listen what it has to say – but try to outwit it. We shouldn’t let it paralyze us, but use it as a fuel to go forward and create more and better.

The voice of the inner critic makes some photographers push themselves over the limits. For others, it’s a very limiting circumstance that makes them get afraid and block. What is it for you? Do your inner critic helps you improve, or it’s a voice that makes it more difficult for you to create and publish your work?

[THE LAB: INNER CRITIC — How your thoughts change what you create via FStoppers]

Have you found your inner artist?