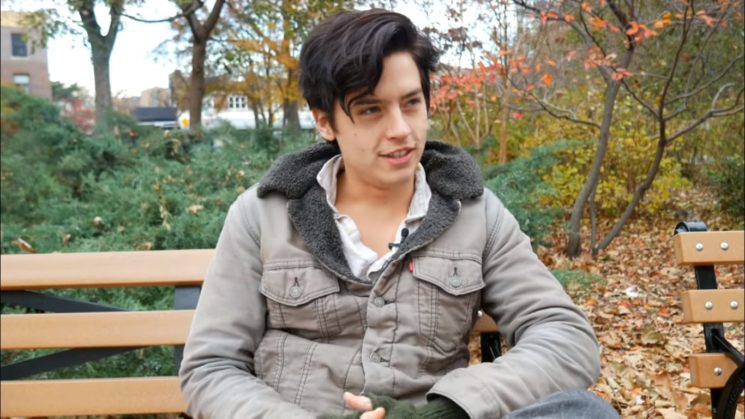 Other than being a wonderful hobby or profession, photography can help you go through difficult times. For young actor Cole Sprouse, it started just like this – he was “in a dark place” and started using photography to get out of it. But other than helping him feel better, it really took off and he has grown to become a great photographer.

In his recent interview with Duan Mackenzie, he shares his story on how he started and where photography got him. He also talks about his vision of photography, as well as the industry today.

As Sprouse says in the interview, he started photography because he was feeling depressed. He mostly photographed landscapes and it helped him separate from the virtual world, as well as the world he felt was watching him. Even though it started as a hobby and an attempt of an “escape,” it appears that photography really grew on the 25-year-old actor. Still, he admits that his work is still often inspired by dark feelings.

Sprouse says he is his own worst critic, and he’s never completely satisfied with his work. Still, at some point, he wanted to make something out of his skill. He shares a funny story how he tried to get the first photography job. Just like the most of us, he didn’t really know how it all worked (I can so relate to this). So, he just walked into the Conde Nast offices and asked something like: “Hey, can I work for you?” He got the job, and he was hired for more projects after that.

When it comes to the gear, Sprouse isn’t really keen on talking about it. He says he uses both digital and film cameras (including 35mm and medium format film). The young actor believes the goal is to develop your recognizable style, and it’s not the fancy gear that will help you achieve it. He advises aspiring photographers to buy the crappiest camera, but a good lens. He adds to just carry the camera around and shoot all the time.

Sprouse believes photography has become a sexually predatory industry and the models’ job can be really difficult. According to the recent sexual harassment accusations, this isn’t far from the truth. He admits he’s not drawn to shooting nudes, and he believes there’s not much originality left in this area. On his Instagram page, you can see plenty of fashion, portrait and landscape photos. After all, it all started with landscape photography, and he says he still enjoys it the most.

Personally, I really like Sprouse’s style and I enjoyed browsing through his images. Although it started as a form of a therapy, I believe he’s really talented and I’m glad he got more involved in photography. Take a look at some of his images, and make sure to see more on his Instagram profile.

Why photography matters and how it helped me overcome depression

How photography has helped me survive difficult times