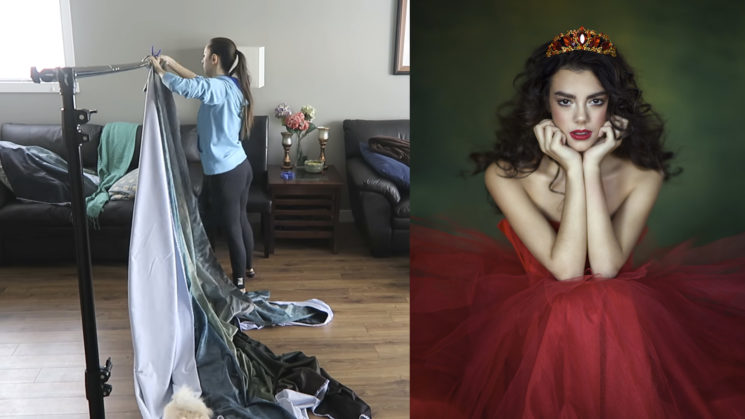 There’s a big belief surrounding portrait and fashion photography that you always need to have an elaborate lighting setup. While having a bunch of flashes and modifiers can certainly help, it isn’t always necessary. You can still produce great results in an indoor setting with natural light just streaming in through the window. As this behind the scenes video from photographer Irene Rudnyk proves.

Shot in her own home, Irene clears the furniture out of the way, sets up a backdrop, and sets the stage for her model, Shiann with the assistance of make up artist, Monica. To make the most of the light, Irene utilises her large bay windows, pulling up the blinds to let as much light as possible into her living room. For gear, Irene uses a Canon 5D Mark III with an 85mm f/1.2L II USM lens.

One of the advantages of shooting in a home studio is that just about everything you own is readily available for you to use. Want to give the dress a puffier appearance? Pull in a couple of chats on which to prop it up. Need your subject’s knees a little higher? A box and a pillow takes care of that. Need a tiny assistant to watch you critically while you shoot? Well, it looks like that’s covered, too. 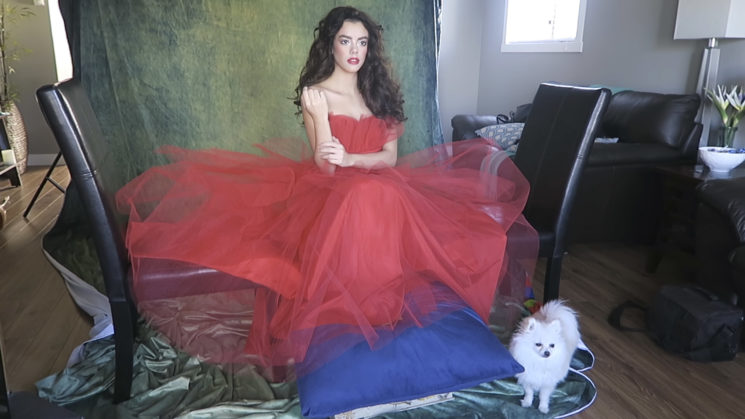 Irene sets herself off-centre from the window, to prevent shielding some of the light coming through and causing unevenness. She also shoots from a short step ladder to provide a more flattering angle on her subject. 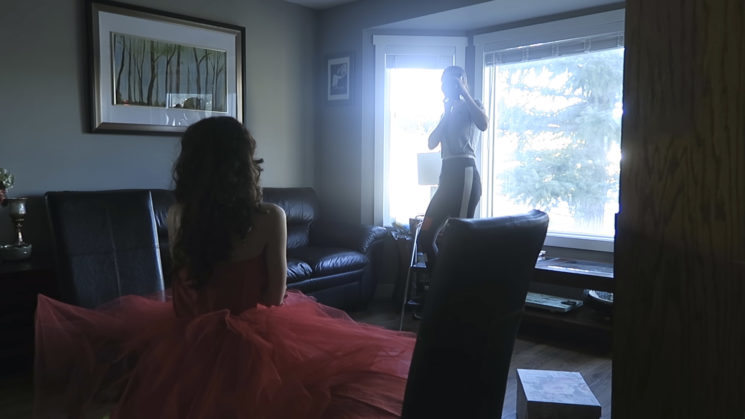 Irene suggests bringing the model as close to the window as possible. You’ll be limited by the lens you’re using, but bringing the subject closer effectively makes the window a larger light source relative to your subject. This results in a softer light, with the shadows filled in a little more. 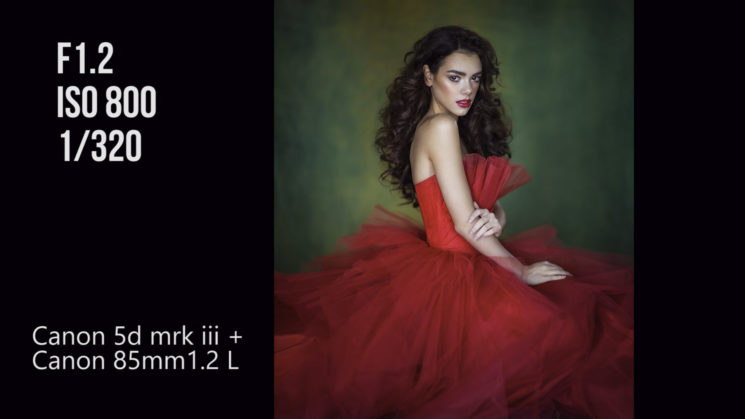 It all comes together to produce a beautiful final result. A result which many would immediately assume was lit with flash, if they did not know better.

Natural light photography isn’t always a bad thing. Sometimes (often?) it can be used to great effect. But whether you’re using the natural light or flash, knowing how to control it and make the most of it is the important bit.