The camera’s hotshoe is generally the last place you want to place a flash as your main light source. Sometimes, though, it can’t be helped. It’s common at weddings and events where you’re constantly walking around looking for the shot. It’s more about the memory than the quality of the light. Although that doesn’t mean we should neglect it entirely.

This video from photographer Ed Verosky shows us three ways we can modify the light coming from a flash on top of our camera. Ed admits that none of these solutions is ideal, but then putting a flash on the camera isn’t ideal, either. But these can go some way towards reducing that harshness of a bare, direct on-camera flash. 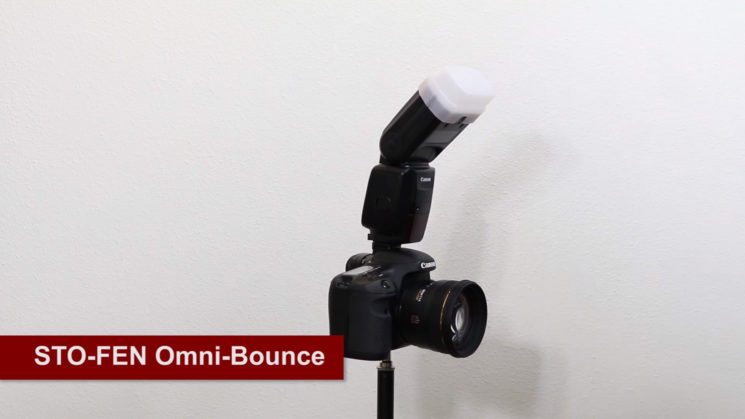 This first modifier, or something like it, often comes supplied with a speedlight. I know my Nikon SB-900s all came with one, although many 3rd party flashes do not. In the video, Ed specifically mentions the Sto-Fen Omni-Bounce. Gary Fong’s Lightsphere is another popular choice. But there are many different options if you want to pop some type of diffuser directly on the end of your flash.

Contrary to popular belief, these do not soften the light. The only thing that can soften your light is having a larger light source. These work by spreading the light out in more directions. The hope is that this light can then bounce off other surfaces, causing them to become that larger light source. The brightest source of light, however, is still the small flash on top of your camera. So, even if it does bounce off other surfaces, those larger, softer light sources will be fill light at best.

They offer the illusion of softer light, due to the reduced contrast of all those reflected surfaces filling in the shadows. But an illusion is all it is. It also doesn’t offer any benefit if there’s nothing to bounce off. So, if you’re using it outdoors, then all you’re doing is wasting flash power as they typically eat at least a stop of light. 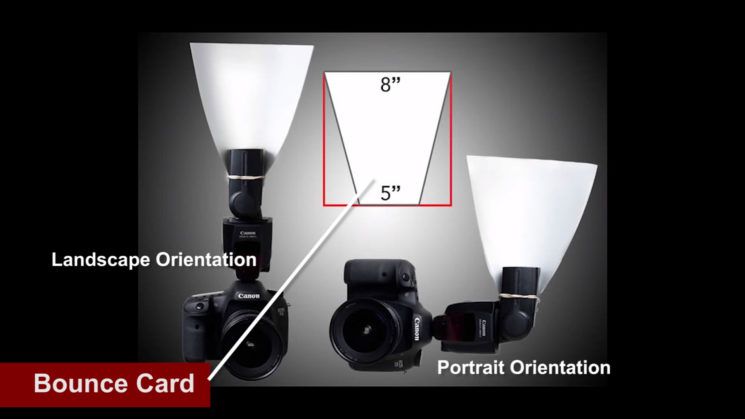 We’re not talking about the little pull-out thing here. That really doesn’t do much good. It’s great if you want to bounce off a ceiling but provide a small catchlight in the eye, but that’s about it. The bounce cards here are much larger, often taller than the flash itself. It’s a bit like a DIY Rogue Flashbender.

These bounce cards still won’t give you the look of a big softbox. Even though the bounce card isn’t a huge source of light, it’s still pretty huge compared to the tiny Fresnel lens on the front of a speedlight. So, depending on how close you are to your subject, it can help to add a little softness.

As the flash is pointed upwards and the top of the card is open, much of the light goes straight up. If you’re shooting somewhere indoors with white ceilings, this can help to add a second large light source above your subject. Even if you’re outdoors, though, this will help to provide a slightly less harsh light on your subject. 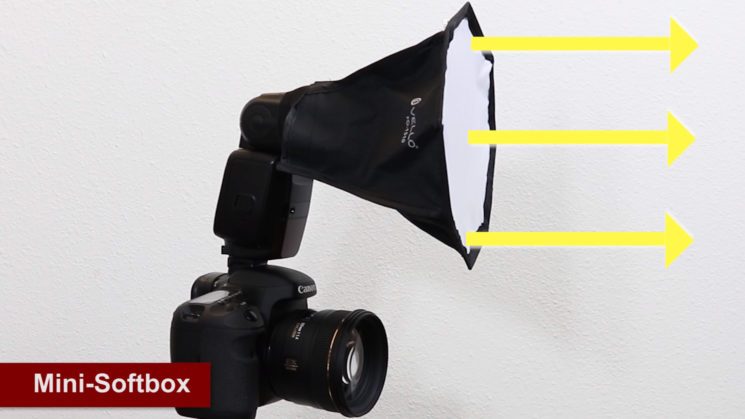 The mini-softbox is a great accessory for speedlights. Obviously they’re not as big as a proper softbox as your flash & hotshoe simply wouldn’t be able to take the weight. They’d also cover the lens and you wouldn’t be able to see your subject. Like the bounce card, though, they do increase the size of the light source on your camera a bit.

The advantage of this over the bounce card is that we’re able to send more power forward to the subject. But this can also be a disadvantage. If you’re shooting indoors, it means there’s no light going off in other directions that you can bounce off a ceiling or a wall. Well, not unless you point the softbox at that wall or ceiling. But if you do that, you might as well not bother with the softbox at all.

These small softboxes can serve a very useful purpose off-camera, too. Ed uses them for photographing small items and macro photography. Here, they become huge light sources relative to the size of their subject, and can create very soft light. 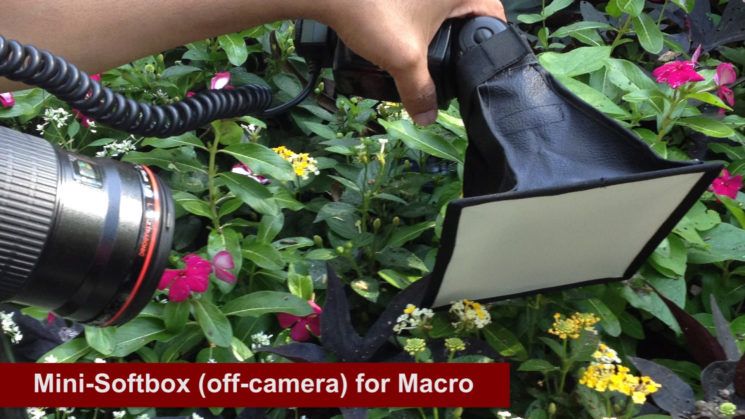 I’ve picked up a few of these small softboxes over the years, too. They really are great for this kind of thing. Sure, everybody loves a good macro ringflash, but sometimes you want something that looks a little more “natural”. Just like using large softboxes with human subjects can give that pleasing natural light look, so can small ones with tiny subjects.

Generally speaking, if you have to use a flash on the hotshoe and you’re shooting indoors, bouncing the flash is your best method. This only really works if you have white walls or a ceiling from which the light can reflect. 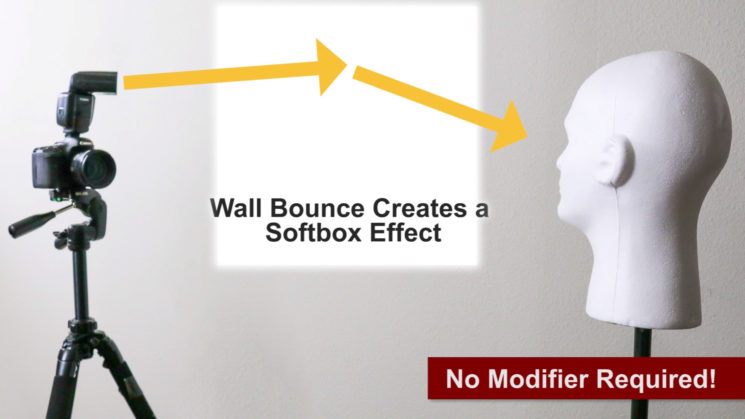 Ed also has a few other on-camera flash tips. But my biggest tip would be to get that flash off the camera.