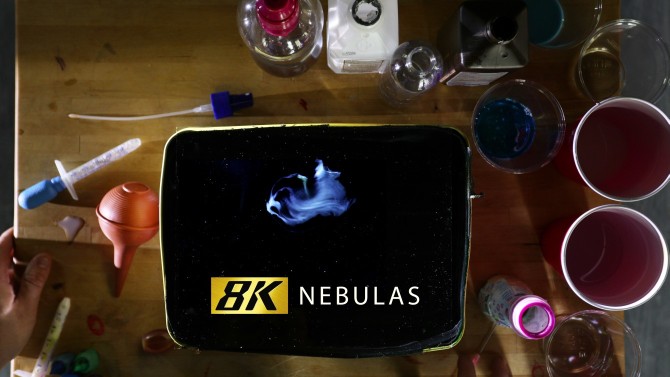 If you see any visualization of the cosmos nowadays it is probably one of two: either computer generated effect or a stack of images from NASA public archive.

Shanks FX took a different approach and created a bigger-than-8K cosmos creation sequence with practical effects, which is movie lingo for in-camera.

I absolutely love the idea of creating effect in camera, and especially when the process is simple and innovative and the results are worth the effort. Shanks FX used a mix of milk, food coloring and soap over a piece of glass. They then mounted a Canon 5DS and used the high speed burst mode to capture 2-4 photos per second, and combine them into a time-lapse. Alas it was too large of a file:

We shot image sequences with the “high speed continuous mode” on which allowed us to capture at around 2-4 frames per second.

The 8K compressed video was around 14GB in size. #

If you are wondering who needs an 8K file, the answer is IMAX theaters and Dome / Planetarium theaters. Since this clip is part of a bigger movie – Creating The Cosmos – which is aimed at those theaters, every one of those pixels will be of good use. The diagram below shows how 8K scales against other common video formats: 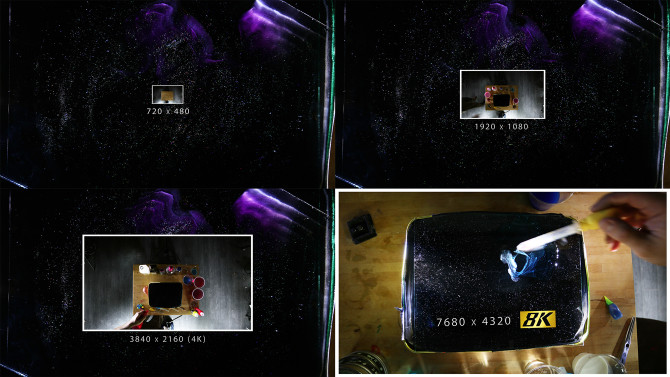