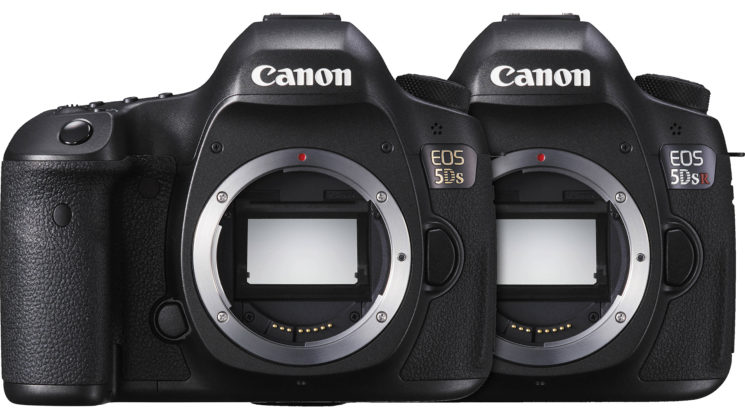 The two high-resolution 50-megapixel Canon DSLRs, the EOS 5DS and EOS 5DS R are still very respectable cameras, despite having been released way back in early 2015. They weren’t cheap cameras, either, launching at $3,699 and $3,899. That regular retail price still stands today. Or at least, it did. Right now B&H is listing the EOS 5DS for $1,299 and the EOS 5DS R for $1,499.

Yes, you read that right. That’s a $2,400 discount from their regular retail price. I don’t know if they’ve put these offers up just to compete with Amazon Prime Day, or everybody’s just trying to unload stock in anticipation of a super high res RF mount camera that would destroy their value anyway. But if you want one, better hurry!

The only difference between the two cameras is that the 5DS R has “Low-Pass Filter Effect Cancellation”. This helps to produce sharper images than the 5DS but at the potential risk of increased moiré with certain patterns that might appear in front of your lens. Depending on what you shoot, moiré might not become an issue for you, but if you know it will be, get the 5DS instead.

There’s no telling when these discounts might end, so, if you’ve been thinking about picking up either of these bodies, now would definitely be the time!