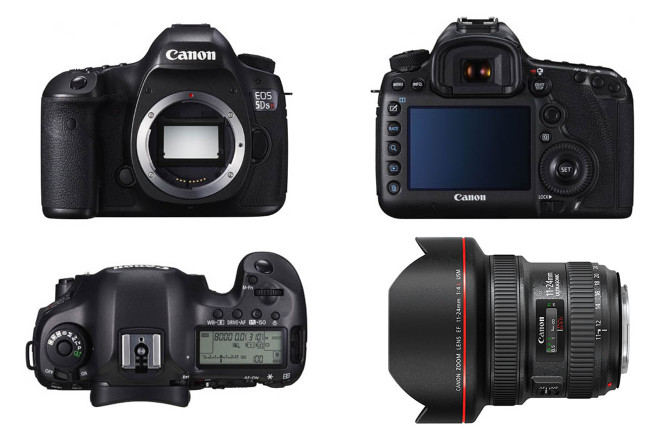 We’ve known for a while now that these cameras were coming. We’ve also seen their leaked specs (additional specs have leaked since) and we’ve even covered the upcoming lens. Oh, and we’ve seen photos as well.

Either Canon’s security practices have more holes than Swiss cheese, or its marketing department has been pretending to leak info in order to build anticipation. The fact that now the press release itself seems to have leaked makes me think it’s the former.

That being said, while most of the info in the press release is already common knowledge, it does contain some interesting information.

The first thing that caught my attention was the answer to whether or not the low pass filter in the 5Ds R will be removed completely or just cancelled. Turns out the 5Ds R will feature “a low pass cancellation filter”. This is the same as Nikon’s D800E, and unlike the newer D810 where the filter was completely removed.

Next up, and this might be a major improvement, Canon states that the advanced sensor will provide a “wide dynamic range”. Nikon shooters are scratching their heads right now trying to figure out what the fuss is about, but Canon users are not accustomed to seeing those words used to describe their sensors.

According to DxOMark, Canon’s best performing sensor (DR-wise) is the 6D with 12.1 Evs. The flagship 1D X comes in at just 11.8 Evs, which is why despite it being Canon’s top entry in the overall list it shares the 32nd place with Nikon’s entry-level $500-kit-lens-included D3300. To further make my point, Nikon’s best performing sensor (D810) packs a whopping 14.8 Evs.

So, like I said, those three little words could be a very big deal. 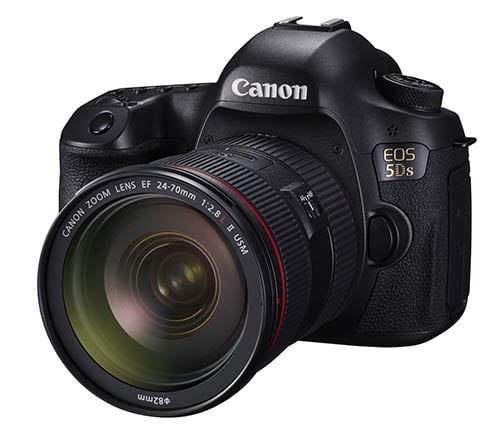 Although the 5Ds models will not be video oriented, they are expected to have some video functionality. The fact that the press release contains no mention of video at all made some people think the leak might be a partial release. I suspect it might also be a draft, based on the many spacing issues.

What the leak doesn’t mention is pricing or availability, but like I mentioned earlier almost all the info related to this release has already found its way to the web.

While the announcement is expected to be made tomorrow, rumors claim the cameras won’t start shipping until late March or early April.

As for cost, Photo Rumors posted the EU prices yesterday:

Keep in mind that EU prices are usually higher than US prices, so the $3,000 price tag we previously mentioned for the 11-24mm still seems accurate. 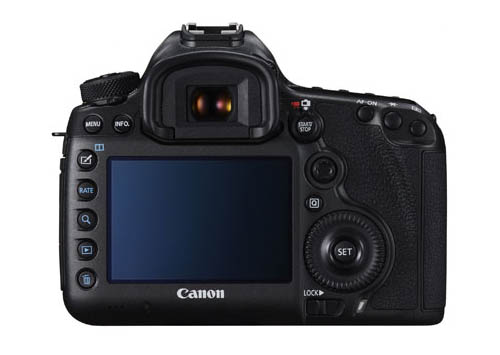 For those who’d like to read what they already know, below is the leaked press release as posted by Canon Watch:

London, UK, 6 February 2015 – Canon today transforms the EOS system with the arrival of the EOS 5DS and the EOS 5DS R – a new breed of ultra-high resolution full-frame DSLRs.

Breaking the boundaries of 35mm sensors,the new cameras offer the highest megapixels ever seen in a full frame sensor, an astonishing 50.6MP. Delivering unparalleled quality, the cameras provide an exceptional combination of resolution, responsiveness and durability, whether shooting landscapes, architecture, high fashion or portraiture, either personally or professionally. When nothing but the sharpest image is expected, the EOS 5DS R also features a low pass cancellation filter to maximise the sensor’s resolution and visible image quality.Alongside the new DSLRs, Canon also introduces the EF 11-24mm f/4L USM, the world’s widest-angle rectilinear zoom lens(1), the perfect companion for landscape and architecture photographers.

Setting a new benchmark for full-frame cameras, the EOS 5DS and EOS 5DS R combine fast, instinctive DSLR handling with the newly-developed 50.6MP CMOS sensor, providing the flexibility to shoot a wide range of scenes and subjects, making it ideal for large format mediums, such as advertising billboards and magazine covers, where every pixel matters. The sensor’s advanced architecture provides
ISO 100-6400 sensitivity, further expandable to 50-12800, ensuring high quality images with low noise, accurate colours and wide dynamic range.
For added flexibility, the cameras’ resolution enables three new in-camera crop shooting modes–1.3x, 1.6x and 1:1. Visible through the viewfinder, the crop modes deliver outstanding results, with stills at 19 MP even when cropped to 1.6x. Built to withstand the most demanding shoots, the EOS 5DS and EOS 5DS R’s dual DIGIC 6 processors provide the rapid performance and responsiveness required to deliver first-class images with exceptional colour reproduction. Both processors are designed to comfortably manage huge levels of image data from the 50.6MP sensor, whilst simultaneously reducing image noise and providing the freedom to shoot at five frames per second.

Automatically exceptional
Created to ensure every detail of your exquisite landscape or high-fashion studio shoot is in focus, the EOS 5DS and EOS 5DS Rfeature an advanced 61-point AF system, with 41 cross-type points, delivering incredible levels of image sharpness and accuracy across the frame.
Both cameras comfortably maintain focus with moving subjects, using EOS Intelligent Tracking and Recognition AF (iTR) to track both faces and colour. To reduce image blur, Canon’s Mirror Vibration Control System uses cams to drive the cameras’ mirror up and down in a highly controlled fashion, avoiding all sudden stops and softening the shutter-release sound. Additionally, the EOS 5DS and EOS 5DS R’s 150k pixel RGB+IR metering sensor with Flicker Detection ensures images can be captured with consistent and accurate exposures under varying lighting scenarios, including florescent.

Putting unrivalled image quality at your fingertips, the EOS 5DS and EOS 5DS R include a number of customisable modes and settings to ensure stunning results every time. A new Fine Detail Picture Style maximises the level of detail that can be achieved from the sensor, enabling advanced sharpness adjustment without the need for edit ing software. Popular creative modes, including Multiple Exposure and HDR, provide instant, in-camera creativity, while a built-in timer allows you to shoot over long periods and create stunning time lapse videos, without being tied to the camera or needing advanced software and excessive kit.

The EOS 5DS and EOS 5DS R have been expertly constructed to allow you to operate quickly, regardless of the environment you’re shooting in. The 100% viewfinder with electronic overlay makes framing vital shots easy and can be customised to your preferred style. The large, 8.11cm (3.2”) Clear View II LCD screen, with an anti-reflective structure, minimises reflection or glare when reviewing shots and also acts as a visual and accessible dashboard of the most commonly used settings. The cameras’ new Custom Quick Control

screen means that the type, size and position of icons are also easily customisable to the user or shooting scenario. Both cameras utilise Canon’s iconic design DNA–a highly durable body constructed from high-grade magnesium alloy to provide weather resilient shooting – ideal for landscape photographers who are dedicated to getting the perfect shot, whatever the weather.

When nothing but the absolute maximum level of detail possible will do, the EOS 5DS R features a low pass cancellation filter to ensure the sharpest possible results. Great for landscape photographers, where patterns are very often organic, the camera’s low pass cancellation filter produces the stunning level of detail required to turn agreat shot into an incredible shot.