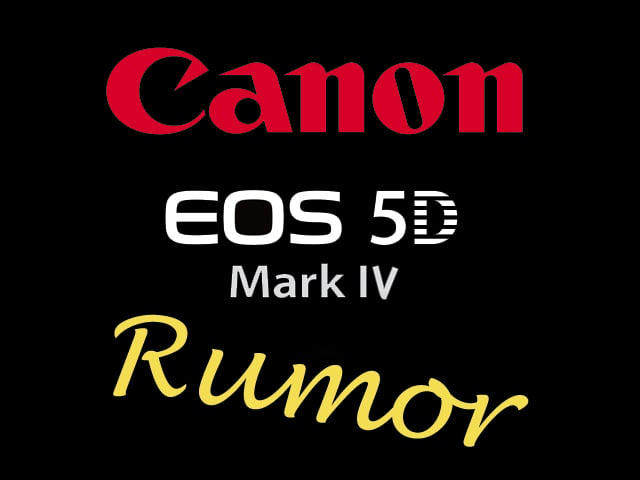 According to the latest set of rumors from Northlight Images the 5D Mark IV will only be released once the 5DS/R is “shipping in reasonable numbers”, but either way it will not be before the fall of 2015.

A rumor from the Far East claims that the 5D Mark IV is due in August or September and will pack a 28 megapixel sensor, offer up to 9fps and pack 4K video.

The 5D Mark III replacement will also include a ‘significant’ advance in Canon’s flash control capabilities, as will the 1D X Mark II. These advanced capabilities will include adapters, controllers and firmware updates for certain models which will also be able to enjoy the new functionality.

There’s no word at the moment regarding built-in WiFi and GPS.

A fall announcement or release makes sense for the Mark IV since the 5DS and 5DS R are scheduled to start shipping on June 29th. This will give the Mega-Monsters a head start of several months, despite them not being in direct competition with one another.

Canon are most likely not in a rush to release the Mark IV as the Mark III is still selling well in Europe and this might, according to Northlight Images, postpone the release of the 5D Mark IV even further, until after the 1D X has been replaced.

We’ve previously reported the specs of a Canon test camera which may or may not be related to the 5D Mark IV. That camera has 4K video like this Mark IV rumor, 12fps instead of 9fps and an 18MP sensor.

As stated back then, the camera could be testing an assortment of features for several different cameras, but it’s also possible that the 28 megapixels mentioned in this rumor was a typo and that it should have been 18MP as well.

« Sandi Ford Captures the Smiles of Sleepy Newborns
Use Nikon’s Lens Simulator to Pick Your Next Lens (Non-Nikon Shooters Too!) »