If you’ve been following the Urbex movement, you know what they do, they post amazing photograph from old and forgotten places. 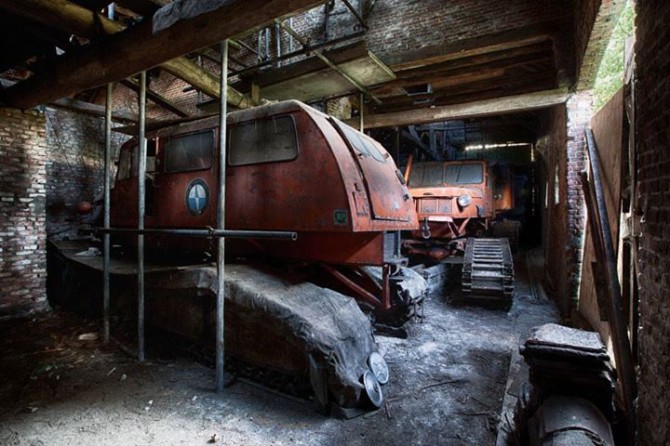 If you want to join in, though, you may quickly discover that getting inside the circle of locations is not easy. In fact, it is extremely hard.  Those abandoned locations are not shared over the net, and usually if you asked an urbexer where a certain photo was taken you would get a vague response. Those locations are kept in secrecy and are only shared in a very close circle.

This may be infuriating, but there is a lot of weight under that decision. Here is one story to demonstrate why locations are kept secret:

The photo on the top (by The Other Side) is showing the snow cats Belgium used in their expeditions to Antarctica in the sixties. You can see those beasts in the video below:

The International Geophysical Year of 1957-58, required the establishment of a geophysical network throughout Antarctica. Belgium, along with ten other countries agreed to take part in this scientific exercise and established a research station named Base Roi Baudouin, on a floating ice shelf off the coast of Dronning Maud Land, a virtually unexplored part of Antarctica at that time. The station was set up on the first Belgian expedition (1957-59) to Antarctica led by Gaston de Gerlache, Adrien de Gerlache’s son.

In the following two years, two more expeditions were sent to the Antarctic, i.e. 2nd and 3rd expeditions. The Belgian polar base was permanently manned for the three expeditions, until late 1961 when the National Centre for Polar Research could not raise the funds needed to continue the Belgian Antarctic program.

Anyhow, those sno-cat were in a shed, abandoned and useless… (this is how the photo above was take). The logo you see on the sno-cats was designed by Hergé (the artist behind Tin Tin ), so for certain people it would be a collector’s item. Long story short, someone shared the location on internet and we all know nothing good can come from that.. .

One day all the logo’s were cut out. Here is a photo by Roman Robroek showing what it looks like. 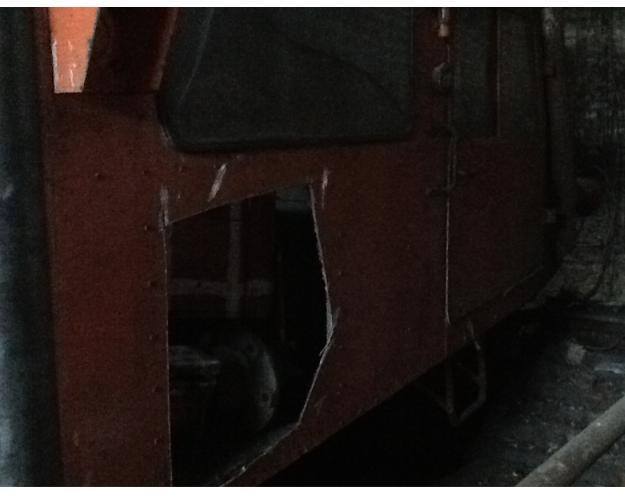 [via The Other Side]