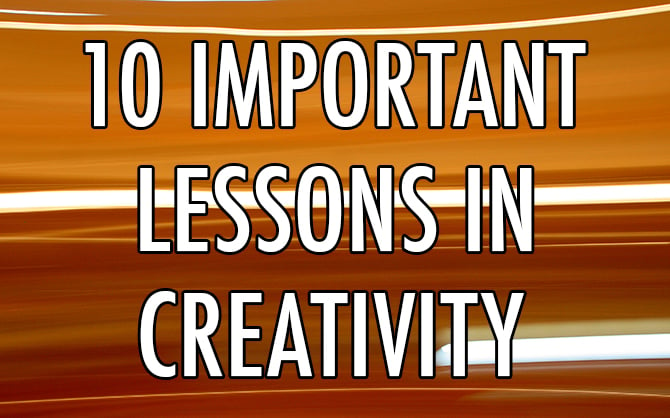 It’s confession time. I’ve been struggling lately with my creativity. The client work is fine. It’s the personal work– the stuff that’s supposed to satisfy my soul between the paid gigs– that’s taken a dip. I have a few theories, but a funk is a funk and sometimes the harder you try pushing through it the deeper it gets. Chances are I’m just over-thinking it. After all, we’re talking about art, right? You’re supposed to feel it, not think it.

A few months ago, I wrote an article about the kids in my Digital Photo Challenges class and their approaches to creativity. If you missed it, I strongly encourage you to click over and read it when you’re done here. This year’s class was an extremely talented group of 12-17 year olds. If you’ve ever read my bio at the end of my articles here on DIY Photography, you’ve no doubt read the bit about how “he learns more from the kids than they do from him.” This is by no means an indictment of my ability to teach photography. If anything, it’s a valuable, constant reminder to be open and on the lookout– you never know when, where, or from whom Life’s Next Big Lesson will appear.

Back in March, in response to a plethora of articles full of suggestions about getting out of a creative slump, I asked each of my young shooters to submit one strong idea of their own on just that subject. As the school year was winding down last month, I asked them another question about creativity, this time keeping it intentionally vague. “Tell me one thing that you know for sure about creativity.” I didn’t want immediate answers. I wanted them to think about it. And yet my phone was vibrating with replies by the time I got halfway home that day. As is so often the case with kids, I was blown away by their insight, commitment, and– of course– creativity. Here are some of their replies, along with a little editorializing of my own.

“You Can’t Claim Creativity for Yourself.”

This reply had me a bit puzzled at first, until this particular student compared creativity to a nickname. We’ve all known at least one person who tried giving themselves a nickname, and we all know how badly that worked out for them. A good nickname comes from your friends. It comes from your colleagues. It comes from the relationship. The same is true about creativity. The label comes from the outside looking in– from the thoughts, feelings, and reactions of those who are experiencing your work. It is for them to say whether you are or aren’t creative. Much like the person who gives themselves a nickname, most of the people I’ve known who have declared themselves creative generally aren’t.

Sure, you could look it up in the dictionary, but how far does that really get you? We all have a different sense of what it really means to be creative. The dictionary obviously has a definition, but we don’t live or work in dictionaries. We live in a world full of opinions– especially in this age of on-line anonymity, where many people don’t hesitate to say things they would never consider saying to someone’s face. Of every five people who view my work, I’m pretty sure there are at least three different opinions about it. Ask those same five people if the work is creative and you’re bound to get at least one or two puzzled looks, and the question, “What do you mean by creative?”

Let’s face it– the nightly news is full of stories about some pretty creative criminals. So, obviously there are different types of creativity, not all of which are desirable. Granted, this is an extreme example. But while printing and displaying a 40″x40″ canvas print of the shot you took with the lens cap on might be viewed by some as a creative choice, that doesn’t mean it’s going to do anything positive for your craft.

“Creativity, Like Beauty, Is in the Eye of the Beholder.” 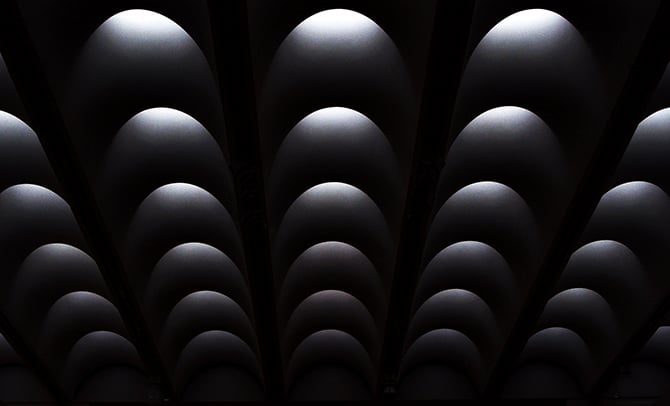 I kind of go back and forth on this one. The student who submitted it went to great lengths to explain that creativity is an innate quality– you either have it or you don’t. “What about the creative process?” I asked. “Surely we can teach someone to follow four steps, right?” We had spent some time in class at the beginning of the school year going over what Graham Wallas (1858-1932) had broken down into a four-step creative process– Preparation, Incubation, Illumination, and Implementation. My student accurately pointed out that most visually creative people (artists) may loosely follow this model, “but they don’t realize they’re doing it,” she said. “The steps are more of a guideline for when you get stuck.” Like I said, I tend to go back and forth on this one. I think that ultimately you might be able to guide someone toward a creative path, but staying on it is completely up to them.

One particularly creative student was very quick to point out that her creativity only goes so far. “I can shoot, but don’t ask me to write, draw, paint, cook, or do much of anything else,” she said. Her point carries a lot of truth. Are we creative people, or creative photographers?

I was a little surprised by this one at first. The point the student was trying to make, though, is that constantly striving to be creative can sometimes put too much pressure on the photographer to create something truly spectacular, which isn’t always a very realistic or fair set of expectations. I’ve always been a believer in the old adage that anything worth doing is worth doing well. And yes, I do tend to put a lot of pressure on myself to excel and go beyond my past work. My guess is that most of us are our own worst critics. Does that kind of pressure sometimes backfire? Hell yeah. Should I ease off that pressure and just trust my instincts? Maybe.

“Creativity is a Tool, Not a Result.”

This one immediately grabbed me. I’m not sure I agree with it 100%, but a compelling case can be made for the fact that there can be no creative result without a creative process of some kind, whether we are conscious of the process or not.

Lots of Opinions, Not a Lot of Rules.

I’ve always been a firm believer that the rules of photography– once learned– were made to be broken. Shattered into a million pieces, actually. The same holds true for any discussion of creativity. Whether we are looking for ways out a slump, or simply trying to evaluate our process, creativity is simply one of those things that means different things to different people. What I do know is that Creativity is a flirt and a tease. Sometimes you get a one-night stand, and sometimes she moves in with you. Either way, she’s always a bit on the fickle side and prone to tantrums. Just know that every once in a while she’s going to take off for parts unknown. Don’t let it get you down. She’ll be back.

What is one thing you know for sure about creativity? Share it in the comments.

4 Lessons in Creativity for Photographers

6 Photographers Demonstrate the Evolution of Creativity and Inspiration

Is social conformity and opinions of your peers impacting on your creativity as a photographer?

« Don’t Have a Polarizer? This Tutorial Just Might Convince You to Get One
Yet Another Example Why Urbex Should Remain Secret »