Did you know that that when you use a polarizer in a wet forest, the color come out more vibrant because of the water’s effect through the lens?

Up until today, the only two things I knew about polarizers were that they make things go black when you put two together, and that they’re a feature in my American Optical Pilot Aviators (insanely affordable for their quality). Photographer Steve Perry, however, is so passionate about the polarizer that he made a ten minute long video tutorial over it. And don’t let that throw you off; this video doesn’t waste time. He spends ten straight minutes teaching you about polarizers, and it’s one of the most informative little pieces I’ve seen for a while now.

Why polarizers? Aren’t lens filters basically dead these days? (Well, they’re alive and well in Urban Outfitters, at least.) Steve Perry brings the concern up himself earlier on in the video, recalling that he can do everything in photoshop. So what’s the need for a polarizer? 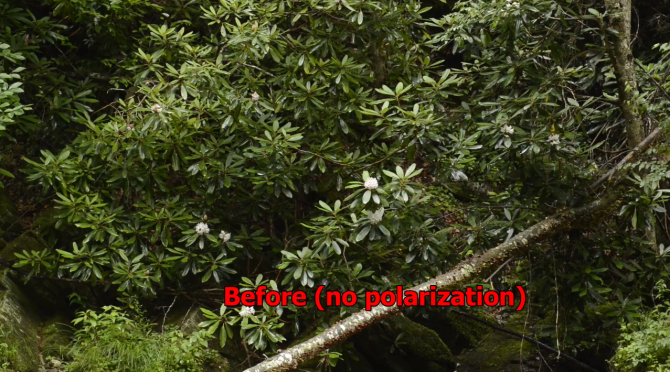 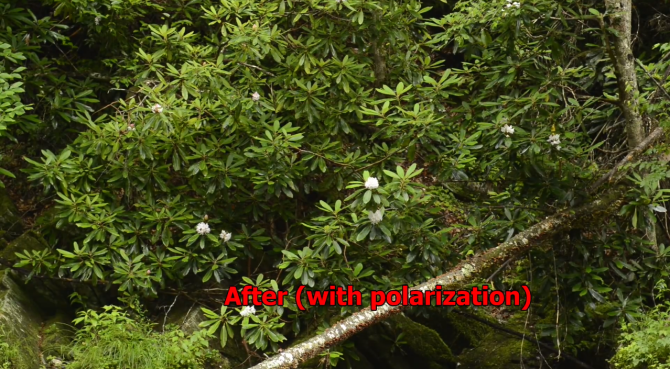 The thing that sets it apart from any tool you have on photoshop is that it takes away the many reflections you’ll come across when taking your shots. Without a polarizer, you’re still getting glare from the light reflecting off of whatever’s around you. Behind that glare, as Steve narrates, is color and light that you can’t recover in an editing program. And that face alone puts polarizers in an entirely different field than the other editing utilities.

After covering the importance of a polarizer, Steve covers how-tos over a variety of different situations, highlighting on even the faults that the polarizer can bring.

If you’ve got the time to spare, check the video out. I’m not one to watch tutorials online too much, but this was a refreshing take. You’re going to learn a lot about polarizers in the ten minutes you watch this video, and that’s because it’s by a guy who absolutely loves what he’s talking about. Check it out and leave your thoughts below!

[How To Use A Polarizing Filter | Steve Perry via  PictureCorrect]

How to convince your family that photography is a real career

« Recording Shows, NYC Drone Incident Was Not Risky To The Helicopter
10 Important Lessons in Creativity »