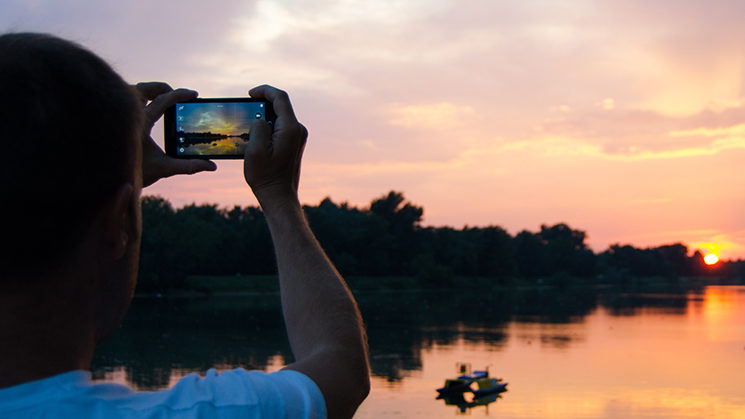 You like photography, you’d like to take stunning photos, but you’re bummed because you don’t have a camera? But hey, you’ve got your phone! Photographer Noe Alonzo took a challenge to shoot only with his smartphone for six months. He did it to encourage all of you to just go out and shoot, and in this video, he shares some of the lessons he learned during the process.

Noe shot on an iPhone 7, and the first thing he mentions is: no, a phone is not as good as a DSLR. It’s especially tricky if you shoot sports or wildlife and you need really good burst mode. But wait, don’t get discouraged. Read on.

If you are merely a hobbyist, then you don’t need a fancy, professional camera. Your phone will do just fine. After all, it’s still better than the gear photographers from, let’s say, 50 years ago worked with. It has some other perks compared to DSLRs or mirrorless cameras: you always have it with you, and it’s lightweight. Also, many phones let you use manual settings so you have better control and more shooting options. Plus, the low-light capabilities of phones are becoming better and better, which allows you to take better photos in the dark.

When he started shooting with his phone only, Noe says that he felt like there were photo opportunities all around. He limited himself, which pushed his creativity. Noe likes shooting infrared photos, so he figured out how to do it with a phone. He also likes street photography, and shooting with a phone has its advantages because people don’t stare at you or try to run away from being photographed.

This little experiment made Noe push his phone camera to the limit. So he thought, “If I can do so much with a phone camera, think about the things I could do with a regular camera.” A phone camera sensor is not nearly as good as an APS-C, Micro 4/3 or a full-frame sensor. So, even if you want to upgrade from a smartphone, don’t feel bad if you can’t afford an expensive, full-frame camera. It’s not about the camera, it’s about you and the work you make.

Now, if you want to display or even sell your work, you may be concerned about the image quality. As I mentioned, APS-C, Micro 4/3 and full-frame sensors beat those of smartphones, that’s no secret. Well, people who view and buy your images don’t really care about some noise in the shadows or stuff like that. Generally, only other photographers are pixel peepers who’ll criticize you for those things. As a matter of fact, Noe says that he didn’t have a client turning him down because he only shot with a phone at the time they contacted him. After all, even some magazine covers and TV shows were shot using smartphones. After all, if Jimmy Fallon can shoot a show with a smartphone, why shouldn’t you take photos with one? : )

10 lessons I learned in motorcycle photography

« Photographer gets bashed after refusing to work for an Instagram “influencer” for free
This ice cream truck owner’s had enough of Instagram influencers, so he charges them double »