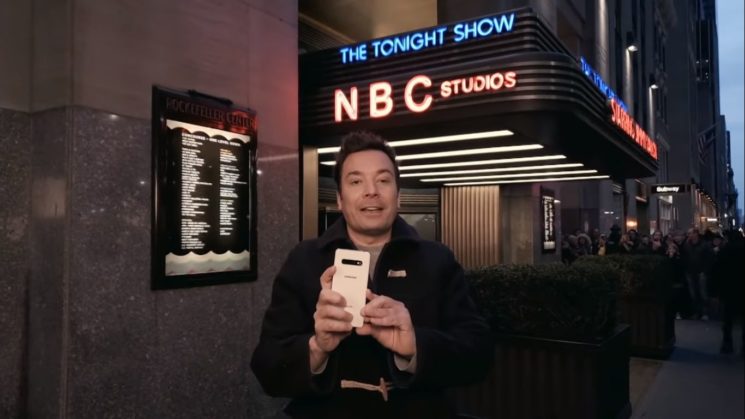 We’ve seen magazine covers and even feature films such as Tangerine that were shot only with a smartphone. But NBC has recently done what we haven’t seen so far. For the Monday’s episode of The Tonight Show with Jimmy Fallon, the network ditched the usual format of the show and shot the entire episode using only a few of Samsung Galaxy S10+ smartphones.

The episode from 25 March is result of a deal between Samsung and NBC Universal, which runs The Tonight Show. Jimmy says that he asked the network to soot the entire episode with a phone, and they said yes. Enter Samsung, with “a bunch” of Galaxy S10+ for Jimmy and the crew to play with. In the episode, you can see Jimmy visiting his favorite places in New York and telling you more about them. And even singing doo-wop under the Brooklyn Bridge.

The Samsung Galaxy S10+ was announced back in February, although leaked specs from October 2018 had already revealed the camera capabilities. I guess that The Tonight Show was a great opportunity for Samsung to show off its new phone. But still, it looks like that it indeed has something to offer when it comes to shooting videos.