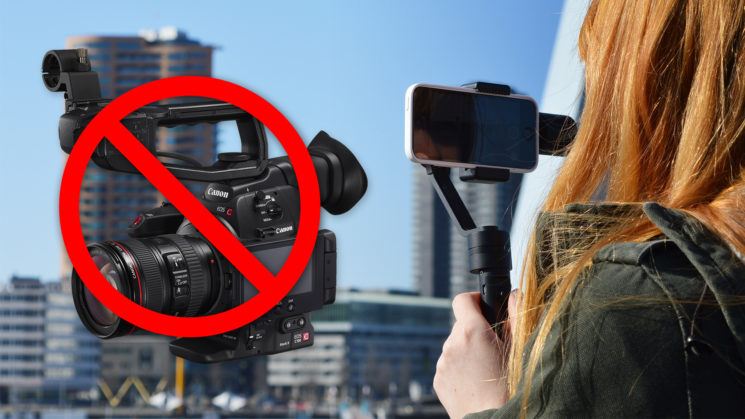 We’re constantly being told that “it’s not about the gear”, and to just go out and create with what we have. Typically by people with access to all the gear they could ever want. When Hollywood director Stephen Soderbergh recently held a Reddit AMA, he gave this exact same advice.

So, it’s nice, then, to see one of them, quite literally, putting their money where their mouth is. Hollywood trade publication Tracking Board reports that Oscar-winning director Stephen Soderbergh has just shot his latest film in secret using an iPhone.

The film is said to have the working title Unsane, and stars Claire Foy with Juno Temple. According to IMDB it’s currently in post production and is set to be released sometimes in 2018. Beyond that, there aren’t many details.

This isn’t the first time a movie’s been shot entirely on the iPhone, though. It was done in 2015 for the movie Tangerine. But with somebody like Soderbergh at the helm, this is probably going to be something very special.

Soderbergh’s no stranger when it comes to experimentation with the production of movies. Nor with the distribution. Variety confirms the story, reporting that Soderbergh may plan to self-distribute in the US through his company Fingerprint Releasing.

As mentioned, there aren’t a lot of details out about the film itself, beyond the two stars mentioned, and a release date of “2018”.