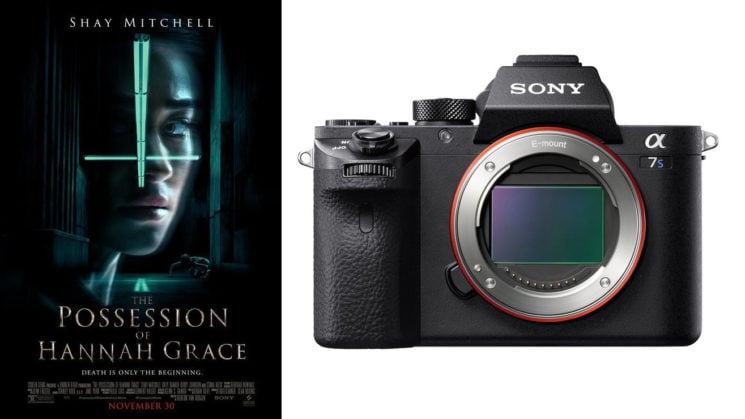 Last year, the first commercial-quality footage of the Earth from outer space was shot on a Sony Alpha a7S II. And now, the same camera was used for the first ever Hollywood feature-length movie shot on a full-frame mirrorless. A new horror thriller The Possession of Hannah Grace was not shot on a high-end movie camera but on a $2,200 Sony mirrorless.

The executive producer Glenn S. Gainor explained that the gear had to fit both the crew’s schedule and budget. Since the Sony A7S II is a full-frame camera and shoots in 4K, it ended up being the final choice. Gainor added that he’d had a relationship with Vantage, so they put together the camera and Vantage anamorphic lenses and filmed a feature-length movie as no one has done so far.

No Film School writes that the crew used Hawk 65 lenses to apply a 1.3x squeeze for all of the shots. This way, they achieved a 2:40:1 widescreen image on the camera’s 16:9 sensor. They used six different lenses, ranging from 40mm to 95mm. What I find interesting is that the team also had six cameras: a dedicated Sony Alpha a7S II for each lens. I mean, it’s still cheaper than RED or Alexa, and I suppose it made the workflow faster and more efficient.

I haven’t watched The Possession of Hannah Grace, but I can only see that it isn’t showing a stellar performance with 11% on Rotten Tomatoes and 5.3/10 on IMDb. But judging from the trailer, the Sony a7s II and the crew did a great job when it comes to filming and directing.

This reminded me of Tangerine, the first-ever feature-length movie shot on an iPhone. The phone that was used to film it ended up in a museum. So, who knows, maybe we’ll see one of these a7S’s in a museum, too.