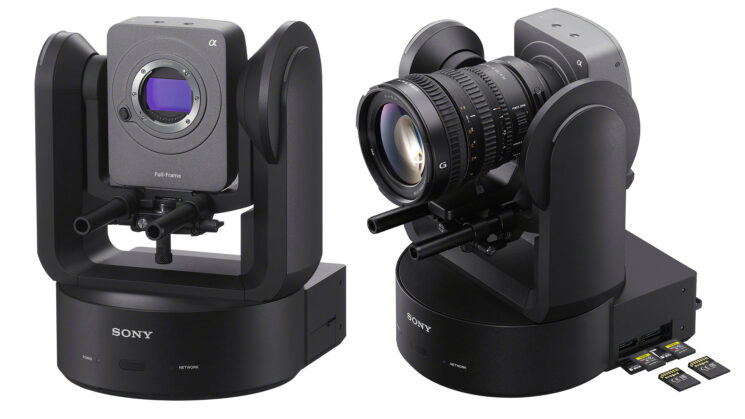 Sony has announced the new Sony FR7, a motorised remote control pan-tilt-zoom camera that features a full-frame CMOS sensor and Sony E mount. The FR7 represents the world’s first full-frame PTZ camera with interchangeable lenses and opens up a lot of potential options for studio use, live production and even filmmaking. It features a 10.3MP BSI sensor with 15+ stops of dynamic range with ISOs up to 409,600.

PTZ cameras have traditionally been more in the realm of security cameras, allowing you to keep an eye on people on your premises doing things that they shouldn’t be. But adding this kind of movement capability to “real cameras” has become more common, particularly with the influx of gimbals over the past several years that offer some level of remote control. Now, Sony’s skipping the whole gimbal thing and building it right into the camera with the FR7.

The FR7 takes this PTZ concept and dials it up to 11 with the addition of the full-frame sensor and interchangeable lens mount, to provide all kinds of shooting options for more creative work. It shoots 4K video at up to 120fps or 1080p at up to 240fps and sports a number of picture presets including S-Cinetone and Cine El with S-Log 3 gamma, wide S-Gamut3 and S-Gamut3 colour spaces. Pan and tilt speeds go from 0.02 degrees per second for super slow movements up to 60 degrees per second for when you need to readjust quickly and it can memorise up to 100 preset camera positions.

This means you can set it up in your studio for when you want to shoot behind-the-scenes or educational content. Or, you could have one or several of these set up for your permanent live studio productions with somebody remotely controlling it to track the action. You could have one person monitoring multiple cameras, so you won’t even need an operator per camera anymore. And it supports timecode sync between multiple units for easy editing! 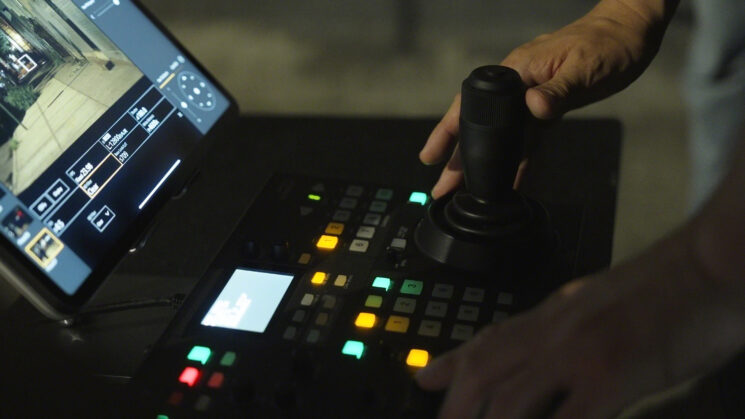 Then, of course, there are the cinematic possibilities. Need to mount a camera up high on a crane or somewhere it would be unsafe to also have a camera operator? No problem, as long as you can get the FR7 up there, you can control it from the ground. It does feature real-time Eye AF and real-time subject tracking for autofocus but there doesn’t seem to be any mention of whether or not this tracking data can be used to identify the subject and automatically pan and tilt the unit. 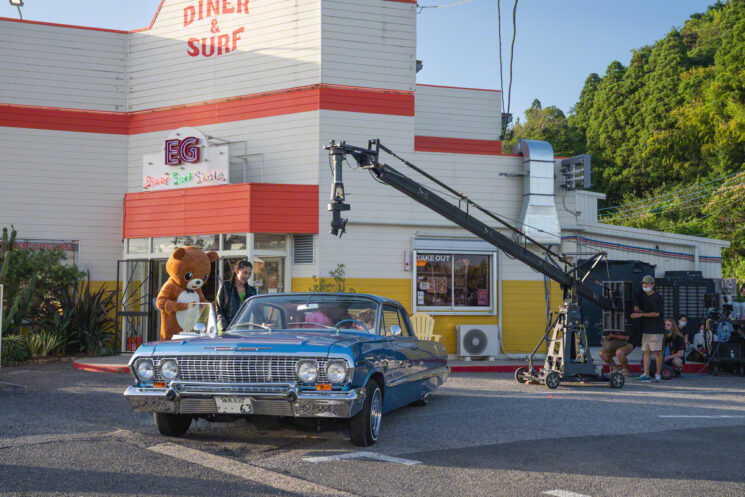 The camera sports the now common dual-format dual-card slot arrangement found on cameras like the Sony FX3 and A7S III, so it can take up to two UHS-II SD cards and up to two CFexpress Type A cards to a maximum of two cards total. Two of one type or one of each type. Internally, it saves out as XAVC but can also output 16-Bit RAW video externally over SDI, too. It has HDMI Type A and 12G-SDI output, audio input via 5-pin XLR as well as Ethernet for remote control, power, audio and video transfer. 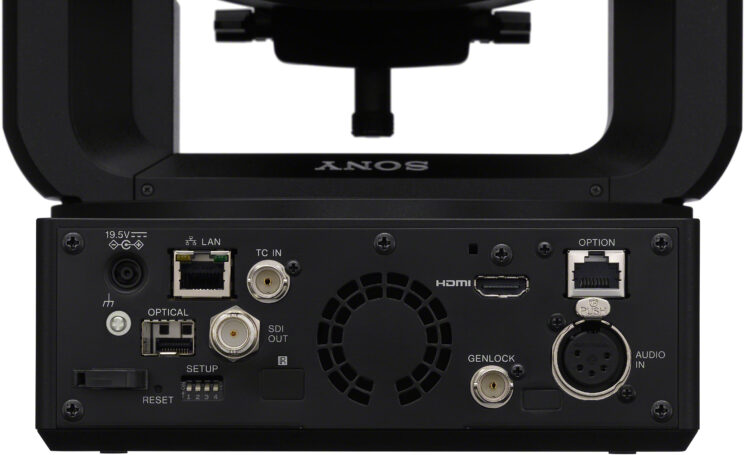 It will be interesting to see how this camera plays with other motion control hardware from other manufacturers, like sliders, etc. and if those other devices can be controlled simultaneously along with the FR7 for true motion control. At the moment, Sony seems to indicate that it will only work with Sony’s remote hardware, like the RM-IP500 controller, but I guess we’ll have to wait and see.