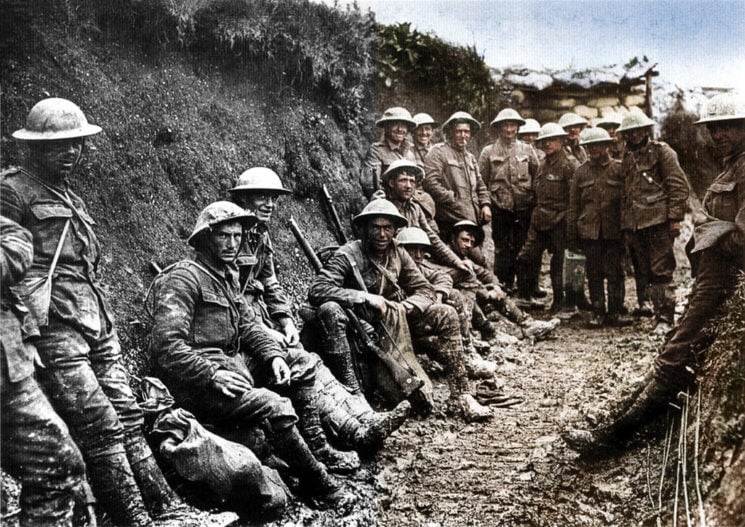 To commemorate the 100th anniversary of World War I’s end, a documentary titled They Shall Not Grow Old has been released. Directed and produced by Peter Jackson, it contains footage you have never seen before, restored and colorized to add a new dimension to these striking shots.

In this video by BBC, you can hear about the painstaking process the crew went through and what it took to colorize the shots and create this amazing documentary.

Colorization is a long and demanding process even if you only colorize a single image. So, just imagine how much time and effort it takes to colorize footage. Peter Jackson explains that the speed of these shots is different in every clip. This is because it depended on how fast the cameraman was running the handle while filming.

It’s not just the process of adding color that takes a lot of time. Learning, exploring, and analyzing the shots is a painstaking process, too. At least if you want to make it historically accurate – and Peter Jackson does. This is why the crew has the access to uniforms and other artifacts from the WWI, so they could make the colors as accurate as possible.

In addition to making the colors accurate, the crew also recorded the sounds of real canons, guns, trains etc. This makes the documentary even more realistic and incredibly moving. As Jackson puts it:

“We have transformed 100 year old film footage to see the Great War as the soldiers themselves saw it.”

The result of the crew’s labor is remarkable, in my humble opinion.  The colors and the sounds make the footage more relatable and striking, and just watching a trailer gave me chills and made me cry.

Personally, I am very interested in colorization and I sometimes do it as a pastime activity (plus, it calms me down). We have featured some amazing colorization artists here on DIYP, such as Marina Amaral, Tom Marshall, and Chris Whitehouse. If you want to learn how artists prepare for colorization, you can read more about it here. And if you want to try it out, this tutorial is a great place to start.