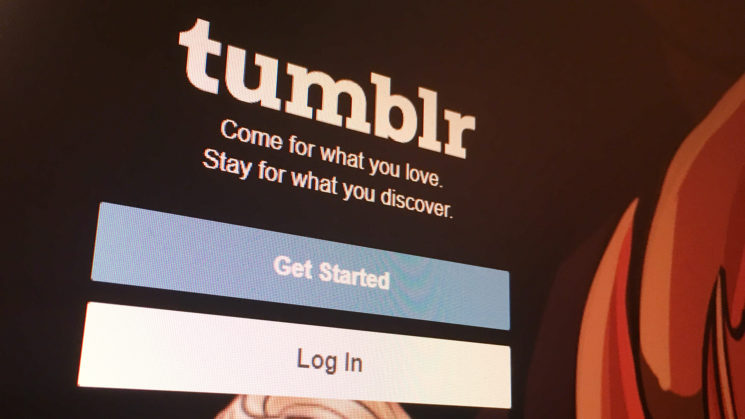 With Facebook and other social media platforms having a complete ban on nude and suggestive imagery, many nude and glamour photographers have turned to Tumblr as an outlet for their photography. But that’s going to change as Tumblr bans all adult content, including “female-presenting nipples” from December 17th.

Starting Dec 17, adult content will not be allowed on Tumblr, regardless of how old you are. You can read more about what kinds of content are not allowed on Tumblr in our Community Guidelines. If you spot a post that you don’t think belongs on Tumblr, period, you can report it: From the dashboard or in search results, tap or click the share menu (paper airplane) at the bottom of the post, and hit “Report.”

Some forms of nudity will still be allowed on the site; Forms which are somewhat in line with policies on other social media sites, like Facebook.

Examples of exceptions that are still permitted are exposed female-presenting nipples in connection with breastfeeding, birth or after-birth moments, and health-related situations, such as post-mastectomy or gender confirmation surgery. Written content such as erotica, nudity related to political or newsworthy speech, and nudity found in art, such as sculptures and illustrations, are also stuff that can be freely posted on Tumblr.

Even though illustrations are still allowed, they’re not allowed to be very good! If you’re one of those insanely talented people who can produce photorealistic paintings and pencil drawings, you won’t be allowed to post your nude art, either, if it could be mistaken for a photograph.

Tumblr blogs that already contain offending content will see those posts reverted to a private setting, only viewable by their creator, and those people will be notified by email. And, of course, they won’t show up in search results.

Moves like this are why photographers can’t rely on 3rd party platforms to host their content. They can disappear or change policy overnight, making all your work and time spent on those platforms over several years null and void in an instant.

Get yourself a domain name (they’re cheap, less than $10/year) and your own hosting account. Somewhere over which you have complete control.

Do you use Tumblr? Where will you share your work now?

Are filters even necessary for landscape photography anymore?