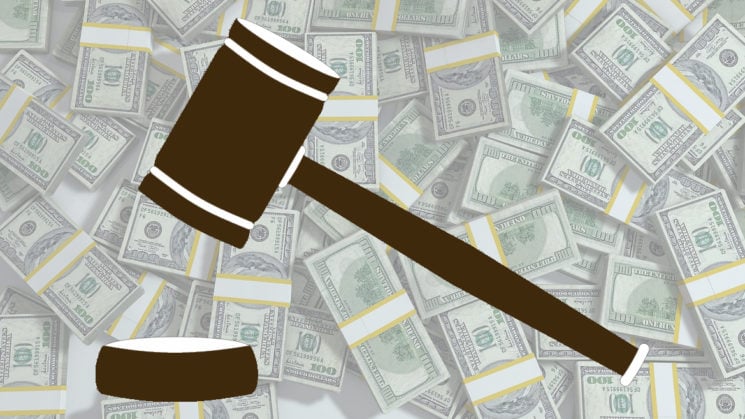 From time to time, we hear stories of unprofessional wedding photographers or videographers who ruin precious memories for the couple. The latest case comes from Wisconsin, US. A wedding videographer was sued by several brides over allegedly failing to deliver the promised work or even not showing up at the wedding. The court has ruled that he will have to pay damages, and they sum up to over $14,000.

Reportedly, there were nine people who filed lawsuits against Wisconsin wedding videographer Scott Sockett. In the video published by WTMJ-TV Milwaukee, you can hear three of the allegedly scammed brides talking about their experience with Sockett’s business.

Heather Timm says she paid $1,200 for a wedding video that was supposed to cover her ceremony. She added another $300 to have the videographer come early and film the first look. And she got a wedding video – but it contained clips from two other weddings of complete strangers.

Unlike Timm, who got at least a part of her wedding video, Michelle Heck claims that she didn’t even get that. She says Sockett did not show up to her wedding at all, despite her paying him to book his services. She explains in the video that she realized that he wasn’t gonna show up about an hour before the ceremony was to start. And indeed, the videographer was a no-show, as Heck claims in the interview.

Alexandra Moiser had a similar experience to Heck. She claims that she paid $1,400 for four different wedding services from Sockett: uplighting, videography, photo booth, and DJ. At the wedding day, reportedly only the DJ showed up. So, this bride was also left without her precious memories being recorded.

In addition to these three brides, six more people took Sockett to court. According to WTMJ-TV Milwaukee, eight of them were founded and one case was dismissed. Sockett has been ordered to pay a total of $14,306 of refund and court fees. On Sockett’s Better Business Bureau profile, you can see that his business has an F rating along with 12 complaints. The customers complain mainly at not getting the photos and videos they paid for, or at Sockett not showing up at the wedding at all.

WTMJ-TV Milwaukee’s reporter spoke to Sockett over the phone about this case. He said that his business is “currently in the process of trying to get everybody’s refund back.” He added that “most of the people who sued him are canceled contracts.”

“For any of the women who actually had us booked, take into consideration that we have seen online that say that we didn’t show up or, or, stuff like that. We’re never actually customers or clients of ours,”

Sockett added that this is all happening because a “competitor is writing bad reviews and trying to ruin his reputation.” However, the three interviewed brides disagree. And considering that the court ordered him to issue refunds, it seems that the judge disagrees as well.

We have contacted Sockett for a comment and we’ll let you know when/if we hear back. There certainly are two sides to each story (at least), but it’s sadly not new that cases like this happen. So, let this be a reminder to always do your homework and do a thorough check before you pay for photo or video services.