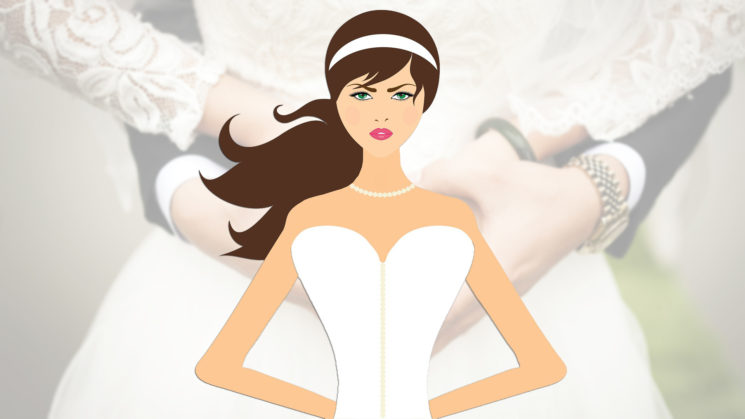 In her statement to KJRH 2 Tulsa, Natalie said that she was on a tight budget for the big day. So, when she saw a Facebook ad for an “affordable” photographer, her interest was piqued and she clicked on it. The photographer, April Keller, reportedly quoted Natalie $250 for 100 photos, which the bride found acceptable.

After checking April’s work, Natalie didn’t find anything suspicious. She said that the photos on Facebook looked good, and she even had some stunning sample works in her album. Little did she know that all of these photos had been stolen from other websites, but when she found out, it was already too late.

According to Natalie’s statement, she met the photographer before the wedding and gave her a list of about 40 photos she wanted. These included shots with her bridesmaids, close family, and photos of the cake, but they also agreed that April was going cover the photo booth photos and those at the reception.

On 1 August 2018, the big day, the bride figured out that something was off. She told KJRH 2 Tulsa that the photographer was trying to synchronize her snaps with someone in the audience who was taking photos with a flash. April reportedly admitted at the wedding that she had problems with her camera and that her flash didn’t work. Natalie became suspicious, and as it reportedly turned out: it was with a good reason.

After the wedding, the photographer allegedly sent “a handful of pictures” through Facebook Messenger, but there were not even near the 100. “There are only three that are good pictures,” the bride said, adding that they are photos that she could have taken herself. You can only imagine how great her disappointment was. But it got even worse.

Natalie said that April offered her a free family photo shoot to apologize. She and about ten members of the family appeared at the chosen location – but the photographer didn’t show up. According to KJRH 2 Tulsa, April said that her husband had health problems after Natalie’s wedding. The same source reports that she closed her photography business – but it seems that she opened another one.

After this experience, Natalie said: “You get what you pay for. If you’re going to try to save money on any part of your wedding, don’t let it be the photographer.” I tend to both agree and disagree.

Generally speaking, you do get what you paid for, and I think that it’s better not to save on the wedding photographer. However, what can you do if your budget is really tight? Well, remember that there are good photographers who offer discounts, or provide budget services. Maybe you have friends who do wedding photography, and they would do it at a lower price, or even as a wedding gift. Just some ideas.

But in any case, what’s more important before you hire a photographer is to do your homework. Do thorough research, read forums and ask for recommendations. Perform a reverse image search to figure out if the portfolio is fake. Because, unfortunately, even expensive photographers sometimes make fake portfolios and then fail to deliver what they show on their websites. Regardless of your budget, be careful.