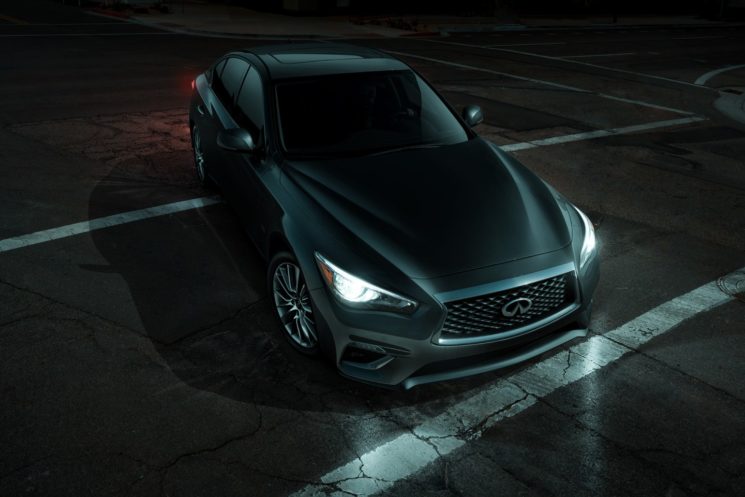 First, a little backstory to this piece… For much of my young career, I shot Canon. Be it the 1D, 1D2, 1DS, 1D3, 1DS2 and 1DS3, let’s just say I had a thing for the ergonomics of that chassis. In every camera I would replace the focusing screen with the cross-style manual focusing option and would never use AF. To make things even more difficult, I only shot primes. In the beginning the main zoom from Canon was the original EF 28-70mm f/2.8L, and if you have used one, you know the drawbacks. It was also a time when there were not a lot of solid third-party lens options; Sigma had never dreamed of an ART lens and Tokina was even further behind. 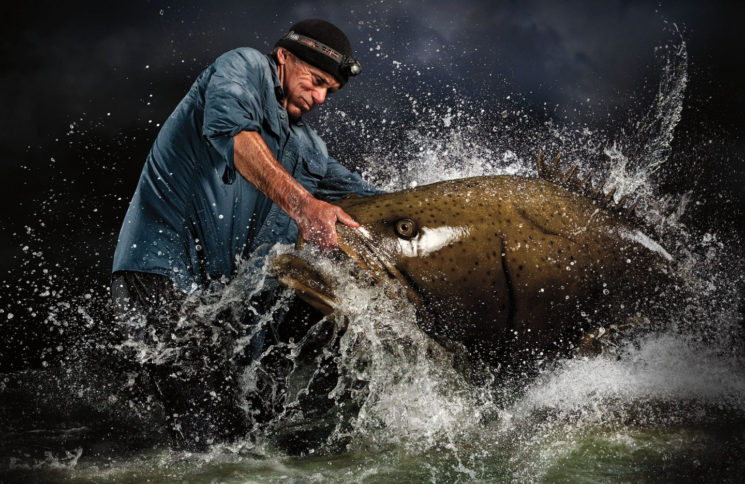 With camera sensors increasing in megapixels, we were at a crossroads where glass saw its importance more than ever. To get real sharpness out of the S bodies, the only real option was shooting primes. This was actually something I didn’t mind as it usually meant that they were faster lenses and sharper than the zooms in their equivalent focal length. On every shoot (even reportage) I would carry a waste bag that had a 35L, 85L, 135L and 45TSE in it. My lower back still hates me to this day!

Then one day on a shoot in Monterey, California the “incident” happened. I had just gotten to the location with my assistants and pulled my bag out of the rental car. Upon slinging it over my shoulder, I realized the top of it was open and I felt the lenses fly out; smashing onto the pavement below. The 135L and 45TSE survived with scratches, the 35L and 85L were complete losses. I was devastated. 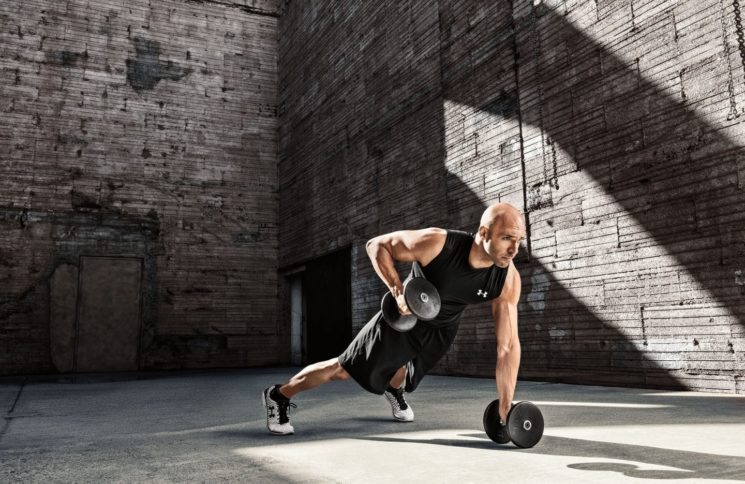 It was partially the catalyst for my purchase of the Nikon D3, as my lens investment into Canon had just seen two big hits. Not to mention the D3 had a sensor that looked to revolutionize the industry with its noise pattern and dynamic range. I made the decision to not only purchase the camera with Zeiss primes, but to also buy the newly released Nikkor 24-70 f/2.8 G. This turned out to be a fateful choice as it was a 24-70mm unlike any I had ever seen before; one of the first 24-70mm’s that could potentially compete with a bag full of primes. 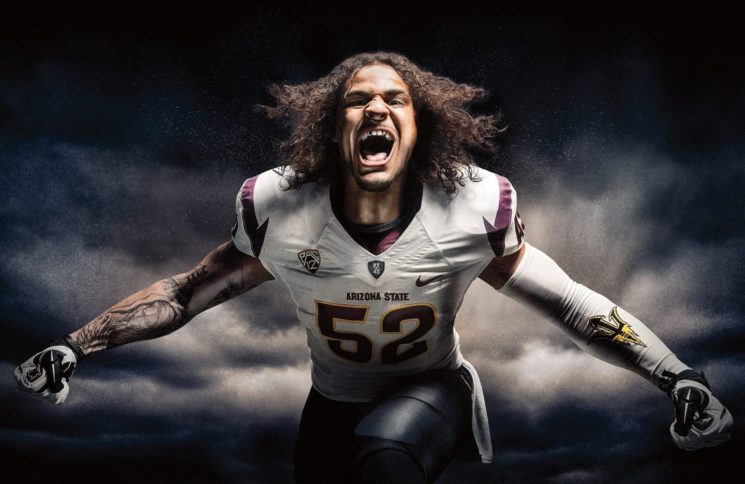 Soon after the big switch, the recession rocked our industry.  Many photographers had to sell off gear to stay afloat and unfortunately, I was one of them. With an insane amount of trust in the 24-70 G, I decided that I would sell off every piece of equipment I owned, and when the day came that I had to sell off that lens, I was done as a photographer. Truth be told at one point I was merely weeks away from having to do this. 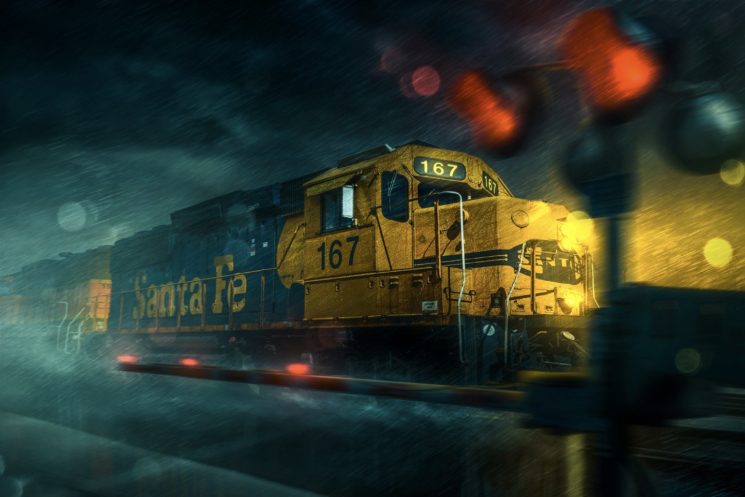 Having survived by the skin of my teeth, I kept my spending lean and put money into recession depleted accounts. I intended to do this for five or six months. But as time went on, I found I still didn’t need a lens other than my 24-70 G. From Deadliest Catch campaigns in the cold snow of the Aleutian Islands, to a Billboard cover in a warm studio in Arizona, to a River Monsters shoot on the beaches of Miami, it was the only lens I needed. I had originally intended to wait 6 months to buy a new lens, but I ended up using only one lens for 8 years.

After my Ambassadorship with Nikon, I moved to Hasselblad, where my first purchase was a 35-90mm… the 24-70mm equivalent. It’s a range I love and live in on set and location alike. When Nikon called me to see if they could get my opinion on the new 24-70 f/2.8 S lens for the Z system, I approached it cautiously. While I think mirrorless cameras represent a future for our industry, I have many reservations for (among other things) their size. Many mirrorless cameras do not provide the balance needed to work close to the body on set without using your shooting hand to compensate for the angle of the front element. They (Nikon) knew my ergonomic preferences going into this, yet sent the lens anyway, insisting that the optics would make up for it.

The Nikkor 24-70 S is a lens that shows Nikon’s attention to detail on the design table. From the tapering of the lens to the ring layout, to the display that indicates focal length to the .5 millimeter, this lens is extremely well-rounded. One thing that modern design language has dictated that bugs me across nearly all lenses of this type is the telescoping zoom aspect that all lens designs seem to have. As much as I wish that the hood would encapsulate the moving element, this is apparently not meant to be. However, a lens is only as good at the images it creates, and this is one area where I can gladly say that the 24-70 S shines. 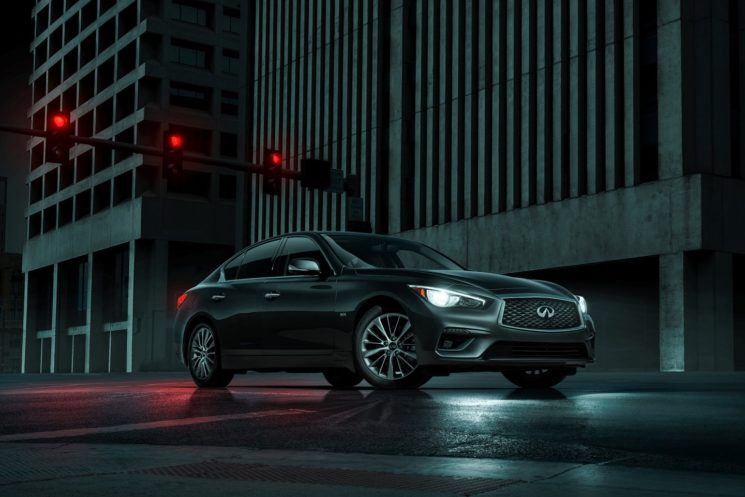 I wanted to use the lens for the style of shots that I think show off its highlights and the timing couldn’t have been better. I recently merged the automotive aspect of my company with my best friend and we decided the next series we shot would be with the Z7 and 24-70 S. While I would have loved to show you all another race car series, we decided at this point an everyday sedan in the city is something nearly all automotive brands would need in their marketing. We ultimately decided to photograph an Infiniti Q50 on the streets of Phoenix, AZ.

Some of the pieces wound up needing to be composited due to logistical limitations, as is characteristic of many commercial automotive campaigns. This, however, plays right into the capabilities of the 24-70 S as we can write down the focal length to the .5 millimeter and match the angle for background plates that would be needed. Another feature that I found helpful for this photoshoot was the control ring. I had a set parameter of ISO range that I was willing to shoot within and set the limits on the Z7 accordingly. By doing this I was able to lock shutter and aperture, and dial exposure brightness by ISO, minimizing any inconsistencies of depth or camera shake. 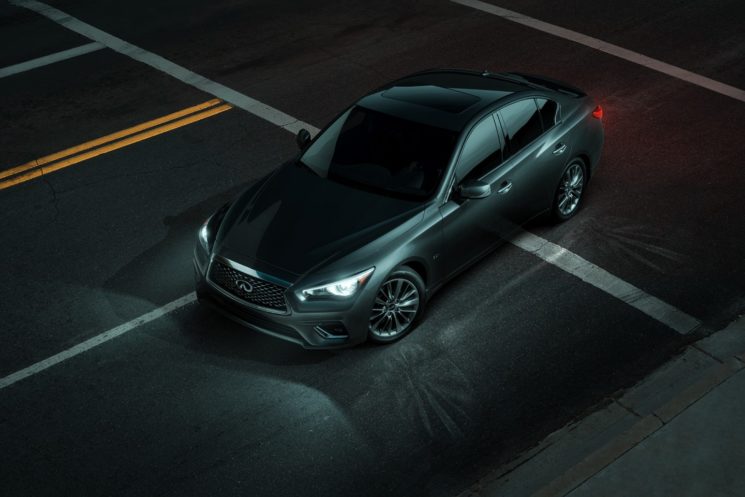 The final products are pieces that everyone involved with the project were quite happy with, making it well worth the effort and long hours. For me it was the first time working with a 24-70mm f/2.8 since those great years that I spent with my 24-70 G. While there are some aspects such as back-light flare that were not able to be tested by this scenario, I have shot the lens around town for fun and find that it brings many a fond memory with the ‘G that I loved so much. The ability to trust a piece of equipment such as a lens on set is something I don’t take lightly, as it takes time to develop an idea of its shortcomings as well as where it exceeds. While I can in no way claim to be as fluent with the S as I was the G, I still think what I have seen so far with its performance bodes well for a bright future ahead.

Blair Bunting is an advertising photographer from Los Angeles. He has won numerous awards and worked with the clients such as Discovery Channel, Pepsi, Disney, Adidas, Nikon, to name a few. If you would like to see more of his work, visit his website, read his blog, follow him on Instagram and Twitter and like his Facebook page. This article was also published on The Photographers’ Tribune and shared with permission.

Cautionary tale: how a bad photographer ruined a wedding day
« Nope, this device from Vecnos doesn’t wipe your memories – It captures them in 360°
Fujifilm UK posts cryptic statement after the postponement of The Photography Show »