Instagram, the supposed “new face” of photography, celebrated its 3rd birthday earlier this month. What’s that? You weren’t invited to the party? Well, considering the usual fanfare and not-so-subtle ways in which the billion-dollar photo-sharing app usually marks its milestones, I’m actually kind of surprised that Instagram’s official entry into toddlerhood (or teens in internet years) came and went without even so much as a blip on our collective radar.. 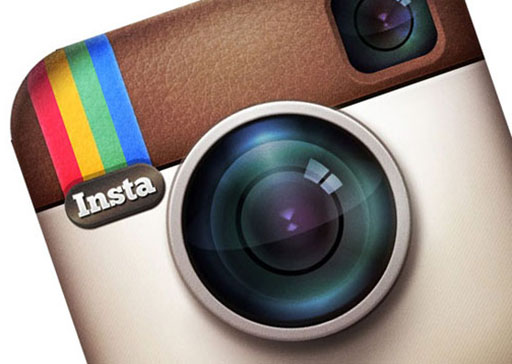 In the fast-paced world of personal technology, three years can be a lifetime. Instagram, however, has become so deeply embedded in our photographic consciousness that many fans of low-resolution-square-crop photography are actually comparing it to Kodak at the height of its influence and popularity.

Kodak? Really? Not so fast. Maybe I’ve just been subjected to too many photos of people’s Hefe-filtered lunches or Hudson-ized cloudy skies, but you don’t get to call Instagram the next Kodak– the next anything, for that matter– without backing it up.

And I don’t think you can.

Before I go any further, and before anybody accuses me of just bashing Instagram, let me make a few things very clear. I use Instagram. I use it a lot. I think it’s great as a creative and compositional tool, as well as a fun, convenient way to quickly share photos with friends and family.

But it’s not the next Kodak.

Let me back up a little bit. Birthdays are a time for reflection, so let’s reflect just a bit on what Instagram has accomplished in its three years at our side.

When Instagram first hit the App Store on October 6, 2010, the description explained that part of the developers’ vision was to help make cell phone photos “fast, simple, and beautiful.” Adjectives, by their very nature, are a matter of opinion and open to interpretation, but there is no denying the statistics.

Within a few hours of launching, the Polaroid-inspired app had been downloaded over 10,000 times. That number skyrocketed to 200,000 by the end of the first week, and over one million in just over a month. By the time the first year had passed, Instagram was boasting over ten million users and 150 million photos.

When the Android version was launched in April of 2012, over one million users downloaded the app within its first 24 hours. Three days later, on April 9, 2012, Facebook announced its purchase of Instagram for the still mind-boggling sum of $1 billion dollars. A BILLION dollars. It’s a year and a half later and I still can’t wrap my head around it.

Today, there are over 150 million Instagram users, doing so in 25 different languages. 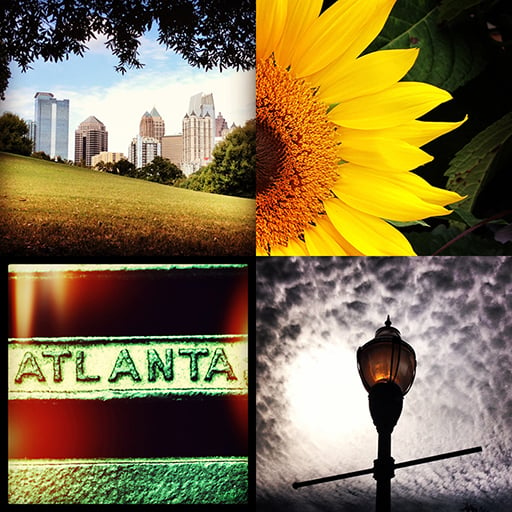 It’s all about the relationship.

I’m still not sure, though, why people feel compelled to have a “next” anything. Kodak, despite its obvious and well-publicized financial tailspin, still holds an important place in both the history and culture of photography. After all, they did introduce the first digital SLR camera in 1991. While they may not have necessarily planned very well for a predominantly digital future, they at least played a key role in what became an almost revolutionary moment in photographic history– just as they had at several other junctures leading up to it. Will we be able to say the same for Instagram?

From both an economic and cultural perspective, we had a relationship with Kodak that we will absolutely, positively never have with Instagram. At its simplest and most basic, we gave Kodak money and they gave us film. When we finished the roll we had it printed on Kodak paper. When was the last time you printed any of your Instagram photos? In all fairness, I do know one photographer who prints Instagram albums of family events every once in a while (most, if not all of you have heard of him), but even by his own admission he’s the glaring exception to the otherwise solid rule that what happens on Instagram stays on Instagram.

But let’s get back to the economic aspect of our relationship with Kodak. Like I said– we bought film. And cameras. If you were a child of the 70s and 80s, I bet that your first camera came in a black box with a bright yellow top. As a kid, I didn’t stop to think about how much of the price of a roll of film went to workers’ salaries. Or health benefits. Or overhead. But I didn’t have to. I knew that if I put my money down on the counter at the drug store, I got something in return. Kodak and I had a relationship, even if I didn’t know it at the time. 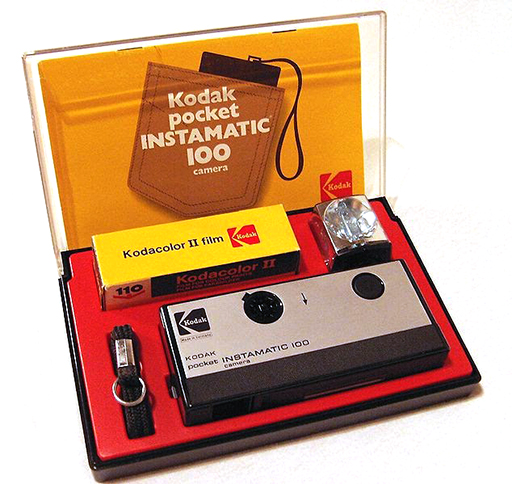 In his recent book, Who Owns the Future, computer science pioneer Jason Lanier says, “At the height of its power, Kodak employed more than 140,000 people and was worth $28 billion. They even invented the first digital camera. But today Kodak is bankrupt, and the new face of digital photography has become Instagram. When Instagram was sold to Facebook for a billion dollars in 2012, it employed only 13 people. Where did all those jobs disappear? And what happened to the wealth that all those middle class jobs created?”

Lanier picks up the I-Give-You-Money-You-Give-Me-Film analysis and takes it even further. When Kodak paid those salaries, their predominantly middle class employees then spent their hard-earned share of my film-purchasing dollars, thereby injecting their own stream of capital into the economy. In a mutually beneficial relationship, I got my film, Kodak got its money, and its 140,000 employees then had the money to buy their own film, groceries, bicycles, or whatever.

Instagram may be the new face of photography, but it can never be the next Kodak because the economics of the relationship are completely different. Instagram is free. I don’t have to work it into a budget or prioritize it. It’s always there, just a tap away whenever I want it, yet I have nothing actually tangible to show for it. Similarly, Instagram knows it’s not getting anything directly from their users. So where does their money come from?

Come on.  Say it with me– Advertising. That’s right. Brace yourselves, kids, because the in-feed ads are coming. Probably within the next two months, according to industry analysts. Think about that for just a second. Instagram does have a relationship– just not with you. Instead of building a relationship with its users, economic realities mandate that they build relationships with advertisers who will supply the cash needed to keep the servers running, as well as pay back the investors who helped get them here in the first place. On the one hand, good for us. Instagram stays free in all of its vintage-filtered glory. On the other hand, there is no longer any direct relationship between the product and the user– or even the product and the advertising! Kodak advertised Kodak products. Your Instagram feed, on the other hand, will be filled with ads for coffee, movies, fast food, and who knows what else.

Instagram is a billion-dollar business that creates absolutely nothing. In an economy of goods and services, Kodak’s commodities were film and cameras. We wanted them and they sold them to us. If we stick with what we know about Instagram, we are left with the undeniable conclusion that we may be the users, but we are also the commodity in Instagram’s relationship with its advertisers.

The other relationship that Instagram cannot possibly recreate is the one that Kodak was able to foster among friends and families. Through a smart combination of quality products and emotional advertising, Kodak made photography not only something for us to share, but also something that could be taught and handed down to our kids. I learned how to shoot 35mm film with the Kodak Retina my dad got as a dental school graduation gift in 1962. I still use that camera today, and have used it to teach my own son about shooting film. Something tells me that 20 years from now my son won’t be reminiscing fondly over my Instagram feed. Just a hunch. 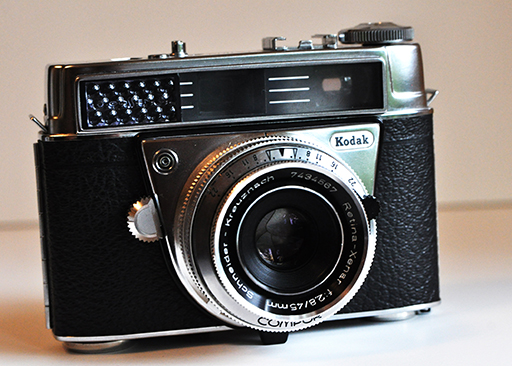 So, What’s the Bottom Line?

Like I said earlier, I really am a huge Instagram fan. In many ways, it has become a sort of equalizer– providing a creative photographic outlet for people who can’t necessarily afford an expensive cell phone AND a camera, as well as those of us who don’t always feel like lugging the big guns with us everywhere we go.

But, Jeff– Isn’t that exactly what Kodak did when they started manufacturing inexpensive cameras and marketing them to the masses?

Yes. I don’t deny the similarities. I actually applaud them. The issue I have, however, is when we start talking about “the next” anything. I understand looking for a frame of reference– some sort of measure that helps place things into a cultural or historical context. Comparisons like this, though, are usually unfair and almost always premature. Kodak was a predominant element of the photographic landscape for 125 years. Instagram for three.

We live in a different time, with different priorities and different economic realities. It’s for those very reasons that there can never be a “next” Kodak.

Jeff Guyer is an Atlanta, GA photographer specializing in commercial and portrait photography, as well as weddings, sports, and street photography. You can connect with him on Facebook and Twitter, or check out his work at Guyer Photography.

Cautionary tale: how a bad photographer ruined a wedding day

« Warning: Cheap Filters Can Harm Your Glass
How To Effectively Pitch to Photography Clients »