Back in July, 2013 we reported an incident where Seattle’s The Stranger news editor – Dominic Holden – was threatened to be arrested for photographing a person on the street along with the cops around him. 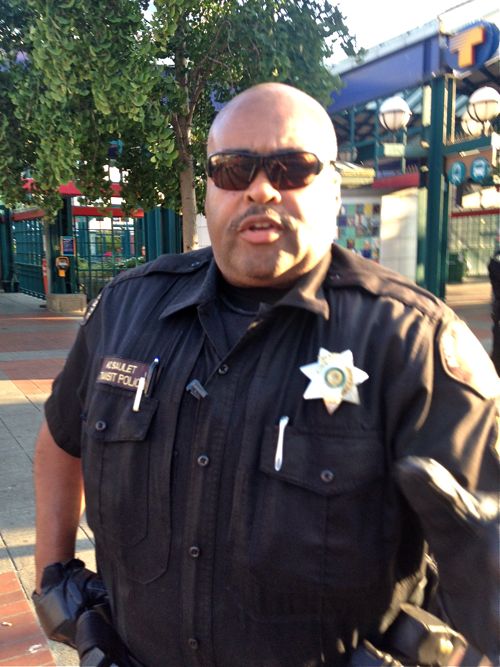 Usually those incidents get some media buzz. Sometime a police spokesman will issue a statement, and this is it. But this story, after going viral has a more conclusive ending.

While on a phone call, the sheriff assured Holden that “Threatening to arrest a citizen for legally taking photos of cops while on public property, is a constitutional violation, as far as I am concerned”, which is exactly the change of wind we hope to see with how police are treating photographers.

This paragraph from a disciplinary letter issued to Saulet by the sheriff pretty much sums it up:

Suffice it to say, in my judgement, the evidence shows that (i) you abused your authority in your dealings with Mr. Holden on July 30, and (ii) thereafter, rather than be accountable, you attempted to recast events in a light more favorable to you. Stated broadly, for example, you claim you interacted with Mr. Holden in a civil, professional manner that was nothing more than ‘social contact’; you did little more than tell him for his benefit that he couldn’t ride on Metro property because doing so is a $66 infraction; [you claim that two other deputies] Shook and Mikulcik told him the same thing; and you once calmly pointed him in a direction you were suggesting he leave. But the evidence is that you approached Mr. Holden because you took exception with him lawfully exercising his right to take photographs of you and your colleagues while lawfully standing on public property; you were agitated and confrontational; you essentially ‘squared off’ with him; you expressly and/or implicitly threatened to arrest him if he did not leave immediately in the specific direction you pointed, not once but five times (misidentifying public property as private property in the process); and Shook and Mikulcik deny the statement you attribute to them.#

This decision did not go unbattled and both Saulet and the union behind him called it a “witch hunt” partially due to a large investigation file.

Holden says he is not gleeful about Saulet’s termination, neither are we. We do, however, appreciate the fact that this time the complaint was not covered up.

The News Editor Of Seattle’s The Stranger Threatened by Cops For Photographing. Makes a Great Story