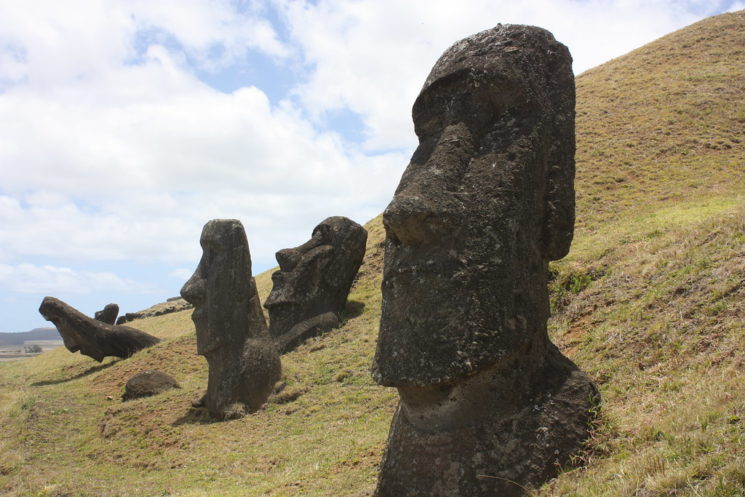 Taking selfies is all fun and games until it starts killing plants, animals and even people. The latest victims of selfie-taking tourists are famous statues on Rapa Nui, better known as Easter Island. With the increasing number of visitors to the island, there are more and more people who climb the statues just so they can snap a photo of themselves picking the stone heads’ nose.

Over the past couple of years, Easter Island has seen a tremendous increase in the number of visitors. Archaeologist Jo Anne Van Tilburg explained that, as of last year, the number of tourists to this remote island was 150,000. For comparison, the number of yearly visitors back in the early ‘80s was about 2,500. This is a huge difference, and such a massive increase has had an impact on both the island’s delicate ecosystem and its archaeological treasures.

Van Tilburg noted that 150,000 of visitors doesn’t sound like much, especially when compared to the numbers of travelers visiting Egypt’s pyramids. “But by Rapa Nui standards, on an island where electricity is provided by a generator, water is precious and depleted, and all the infrastructure is stressed, 150,000 is a mob,” she added. The island counts only 5,700 residents, so the impact on their lives and the infrastructure is massive.

As you can probably imagine, the greatest number of people comes to admire moai, the famous stone faces that were carved around 1100 to 1400 AD. Only it seems that, in today’s society, “admiring” is a term we can’t often use in relation with tourists. Van Tilburg explained that people are often disrespectful to the iconic statues. They “climb on the moai, trample preserved spaces and sit on top of graves,” the archaeologist said. And they do it all just to take a photo of themselves picking the nose of these impressive ancient statues. It sounds like April Fools’ joke, but sadly, this is the reality.

I believe that people should educate and inform themselves before every travel. Especially in case they lack the common sense to tell them not to climb ancient statues just so they can pick their nose. And for those who lack common sense – perhaps fines and something like no-selfie zones will do the trick.