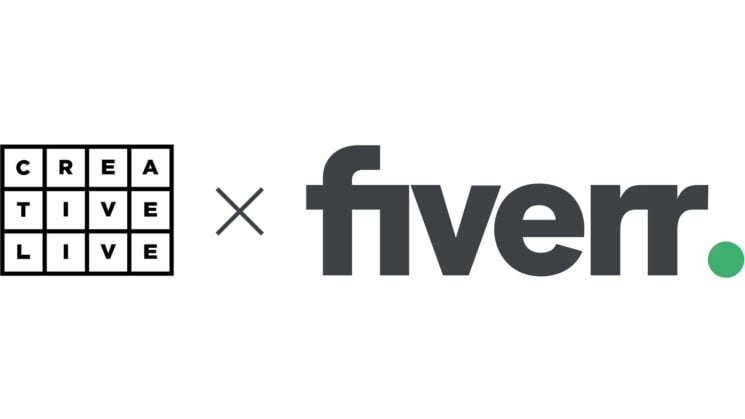 Well, this is a bit of a shocker. CreativeLive, the online learning platform that’s been helping to satisfy the educational needs of photographers and filmmakers for the last eleven years has been acquired by none other than Fiverr, according to a statement released by the company today.

For those who’ve been living under a rock since 2010 when it was launched, Fiverr is a platform for connecting freelancers with potential work. But lately, they’ve been expanding from simple one-off freelance project opportunities to multi-month subscriptions, and now it seems they want to expand more into education.

Fiverr is more than just a work platform – we fundamentally believe in supporting the entire freelance lifestyle, and that includes professional education and training. The ability to acquire new skills in a rapidly changing work environment and then be able to monetize them is part of Fiverr’s role in leading transformation for buyers and sellers on our platform.

Fiverr does have its own educational content under the label “Fiverr Learn“, but the company says that this content will be folded into CreativeLive going forward. CreativeLive was also established in 2010 with an initial heavy focus on photography – and a little bit of filmmaking. Over the years, they’ve had Pulitzer, Grammy and Oscar-winners teaching classes and now it’s grown and evolved into an educational platform that covers a number of related creative topics including graphic design, programming, animation and marketing.

CreativeLive now offers over 2,000 classes and claims to have “helped more than 10 million learners acquire new skills for their career, their hobbies and their life”. A bold claim, but it wouldn’t surprise me if that number is true. CreativeLive took off massively after its initial launch due to the fact that it was pretty much the only game in town. Now it’s competing with sites like SkillShare and a company like Fiverr definitely has the clout to make that happen.

According to the press release, Chase Jarvis will still remain in charge at Creative Live and it looks like things will go on as normal for its users. At least, I hope so. I’ve bought a bunch of the classes on CreativeLive myself in the past, so hopefully, there won’t be any login or download issues under new ownership. I’d probably go download any courses you’ve purchased, though, just in case. You know how companies can say one thing during an acquisition and then forget they ever said it a few months later.

The terms of the acquisition have not been released.