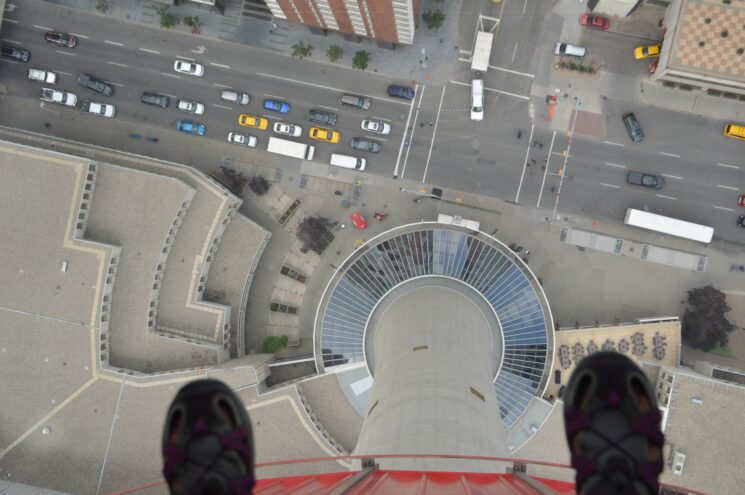 Urbex photographer Isaac Wright AKA DrifterShoots was caught and arrested for breaking and entering felonies across several states. Now he’s grounded and is selling his series Where My Vans Go as NFTs, becoming one of the highest valued photographers in the crypto art world.

Wright’s urban exploring began 3 years ago after leaving the military. A former paratrooper and highly trained, he served several tours including Afghanistan and the Middle East. An exemplary soldier who, according to a New York Times interview, was “there for everyone” was discharged on medical grounds after an ankle injury prevented him from participating in parachute exercises. According to the article in the Times he was later diagnosed with PTSD and depression.

Wright had never intended to become an urbex photographer, or in fact, even a photographer, it was an urge that needed to be met.

I got this itch one night to drive to Houston. I saw this construction site, and made my way up 50 floors. I had the world in my hands. I felt so incredibly small. Every mental stress was completely gone.

Wright says that after leaving the military he was disillusioned and struggling to cope, and climbing helped his mental health. He went on to travel across the United States, sneaking into buildings, bridges, stadiums and towers, documenting his climbs anonymously on his Instagram account, blissfully unaware that a multi-state police operation was mounting for his arrest.

Wright was eventually tracked down after climbing the 170 foot Great American Tower in Cincinnati. Wright was on his way down the tower while police officers were on their way up. He was arrested in Arizona in December 2020, with a sky-high bail amount that was later reduced to $10,000.

Urbex photography is a niche but popular pastime. However, there are dangers involved beyond the legalities. The risk of injury and potential loss of life is very real, particularly when entering construction sites, old buildings and standing on very tall structures.

Wright is adamant that his was a “victimless crime” although police reports state that he had used implements to break into and enter buildings, damaging property in the process. He continues that similar crimes are met with misdemeanours, and as a black man in the US, he can’t help but think that his skin colour contributed to the charges and treatment he was subjected to.

Now though, Wright is unable to climb and has set his sights on another lofty goal: selling his images as NFTs, and he’s already one of the highest-selling photographers in the virtual art realm. One of his images is currently selling for 420 Ethereum, that’s equivalent roughly to $1.6 million. Yes million. Wright says that it’s an exciting time for new or unknown artists and that NFTs are enabling the world to judge whether work is good or not, not just the “old guard”. 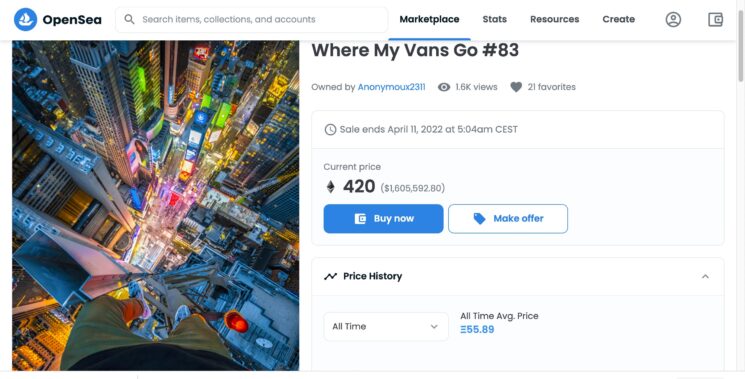 “It’s putting power back in the hands of artists,” he told one37pm in a recent interview. “By giving artists financial freedom, you’re only investing back in better art. Turning artists into entrepreneurs, investors, business people.” He is also planning to release the series of images as a book in the near future and hopes one day to be able to climb again.

“Not everything that’s illegal is immoral,” he says, “what if it is bringing something wonderful into the world and inspiring and helping people?”

I analysed 50 top landscape photographers selling NFTs on foundation. Here’s what I learned