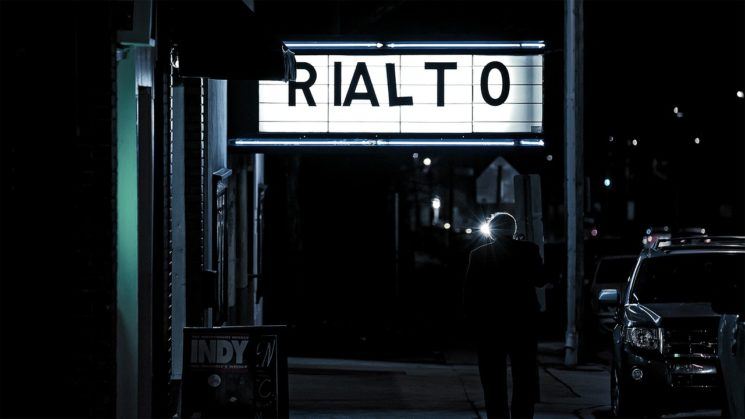 The “cinematic look” is definitely something we talk a lot about, both in terms of photography and cinematography. There are many tutorials for achieving this look, and yet, the definition is quite vague. It seems all of us have a different perception of what makes an image or a video cinematic. Is it the lens, the lighting, color grading, the story, or something else? In this fantastic video from CookeOptics TV, some of the top cinematographers share their opinion and definitions on the topic. So, how do they perceive the “cinematic look?”

What most cinematographers agree is that a cinematic image is a combination of a lot of factors. It includes camera position and movement, composition, script, creating the mood and emotion, plus all of the factors I mentioned above.

Philippe Ross sees a cinematic look as something your imagination creates before you arrive at the set. It’s a combination of all the parameters, but “deciding on the lenses is the most important.”

Mike Eley says there’s no a cinematic look. Instead, there’s a range of films and looks that you can call cinematic. They’re shot with all sorts of different gear, even phones. He claims that the cinematic look is “what you say it is.” It’s all up to you and how you want to present and tell the story.

Jean-Marc Selva says it’s definitely the story that makes the cinematic look. But it’s not the story itself, but the way it’s told (that is, the way it’s filmed). Dick Pope has a similar point, saying it’s important where you put the camera and how you shoot the scenes.

Michael Snyman gives an interesting view I liked a lot – he sees this look as “something that is not contrived, something that is subtle and thought through.” Another explanation I found interesting is one by Romain Lacourbas. He says that cinematic look is a look “that doesn’t stick to reality, but you don’t notice it more than the story on the screen.” He describes it as the image with deep blacks, high contrast, and a big gap between warm and cool lights. How I understood it, the point is that the look puts you outside of reality, but still keeps your attention and provokes emotion.

There definitely are different opinions and definitions, and many of them are different. But what most cinematographers agree on is the story. It’s important how you see it and how you want to tell it, and it is what should lead you to create a certain look.

When I think of a cinematic image, I have several things that first come to mind. Technically, I imagine a relation between the subject and the background, proper color grading that suits the mood of the story, and composition that grabs my attention. And when all this is combined properly, it causes a certain emotion in me and connects me with the story of the photo, movie or TV series. And what about you? What is “cinematic look” for you? What’s the most important component that makes an image cinematic? I’d love to hear your thoughts in the comments.

[What makes a cinematic image? || Spotlight via No Film School]

What are the advantages of young cinematographers today?

Pre-production: How cinematographers should prepare for a shoot

« How I photographed exclusive Cirque le Soir party with one camera, one lens and one light [NSFW]
RAW vs JPEG – The Only Guide You Will Ever Need »