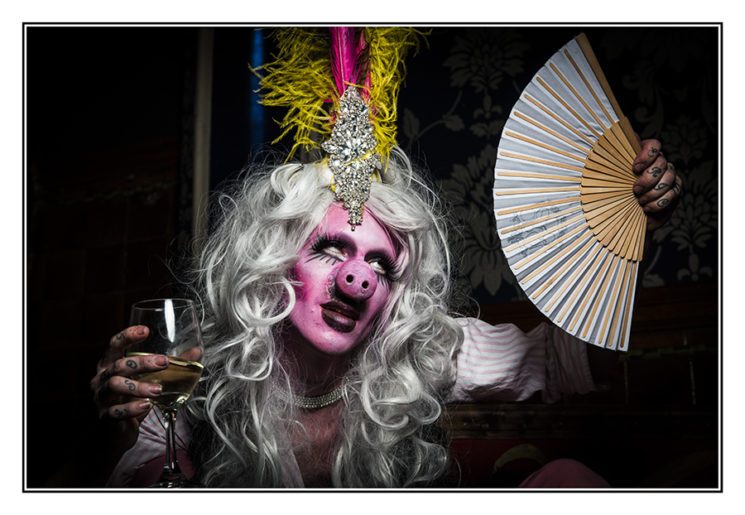 I believe taking good nightlife shots isn’t easy. You need to capture the atmosphere, but at the same time remain discrete and not be pushy. Photographer Roy Bridgewood did a great job photographing an A-list Cirque le Soir party. He captured great moments, flamboyant costumes and burlesque atmosphere with a dash of creepiness. And he did it all using minimal gear and many restrictions, and he shared some shooting details and his story with us.

This Bank holiday weekend, Cirque le Soir came to Manchester. They threw an unforgettable burlesque party at one of the city’s premier nightclubs: The Milton Club.  Roy had been given exclusive access to photograph this event. However, there were many restrictions and conditions attached.

The first restriction was that there were no cameras allowed, so Roy got some exclusive images.  Another condition meant he had to agree not to photograph any celebrities present. To meet these restrictions would mean using a minimum kit, as no bags would be allowed. Roy was only allowed to take one camera, one lens, and one light. Challenge accepted! 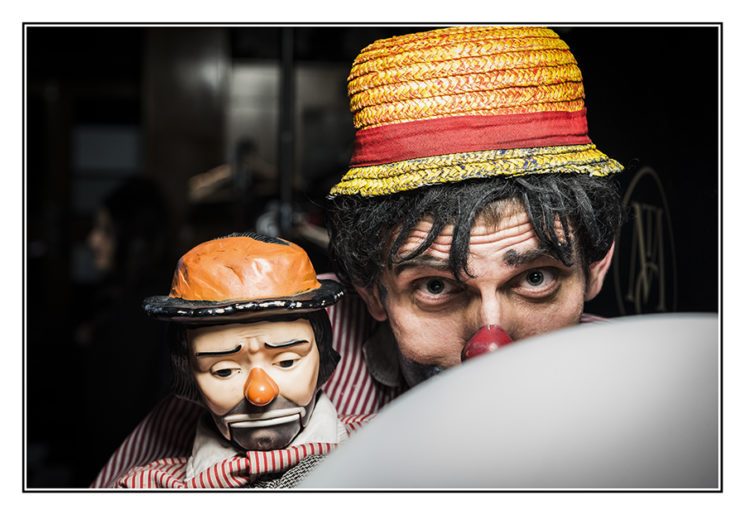 He set the kit up before setting off using a Pixapro HyBrid 360 (a.k.a. Godox AD360II) fitted with a pop-up softbox attached to a pole using a Spig adaptor. This system allows remote control from the camera mounted trigger. He took his Nikon D810 and a 24-70mm f/2.8 lens. Finally, he formatted two 32GB memory cards and put into the camera. Everything was ready, and he went to the club for the shoot. 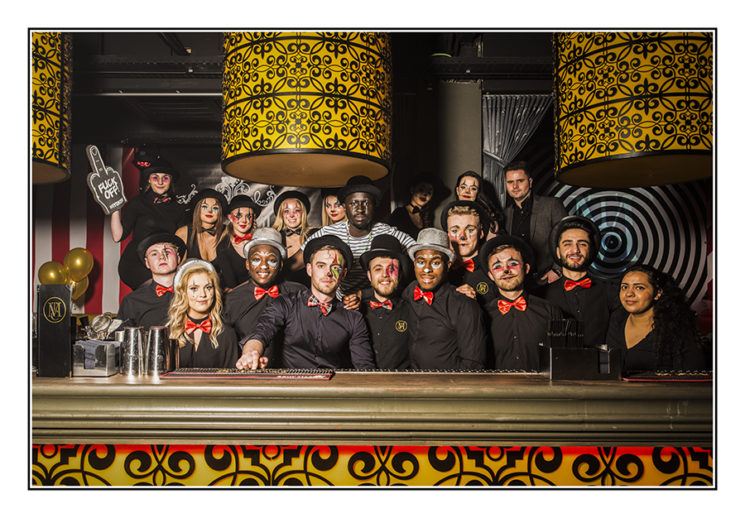 Despite the minimal gear, he had an assistant Andrew Taylor (nicknamed Boom) to hold and position the light. He shared a little anecdote that made me chuckle:

We normally call these assistants a VALS (Voice Activated Light Stand). The crazy thing is the assistant is actually called Boom. The poor guy didn’t know what to expect and spent most of the evening gawking with disbelief.

I was pretty much in disbelief only by watching some of the images and the costumes, so I can only imagine the assistant who was on the spot. Despite everything, I’d say he did a good job with light, and of course, Roy made some great photos no matter the restrictions. I like it that these aren’t ordinary nightlife shots where the subjects pose to look like they’re having fun. He turned a party into a fashion photo shoot, using the minimal gear he brought and the crazy costumes people wore at the event. That’s what I call turning limitations into opportunities. 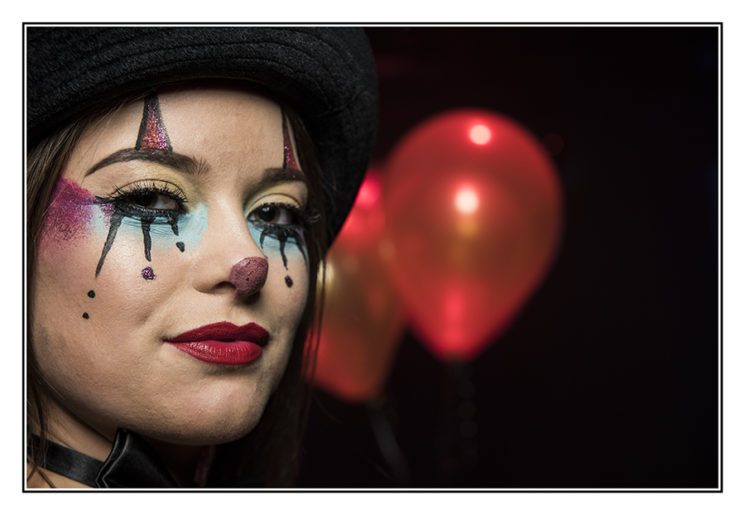 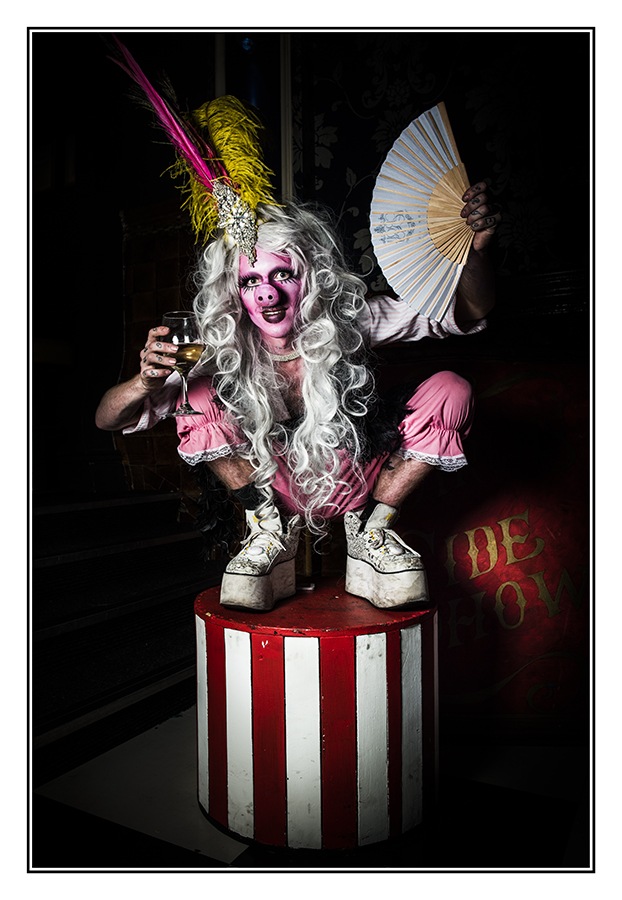 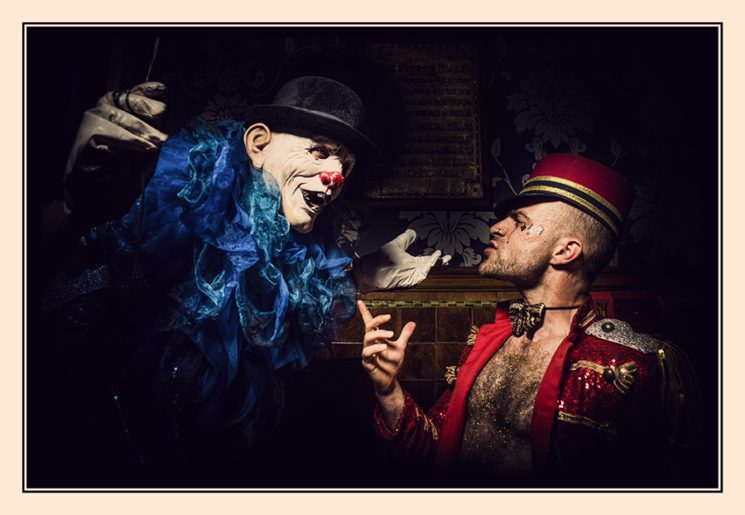 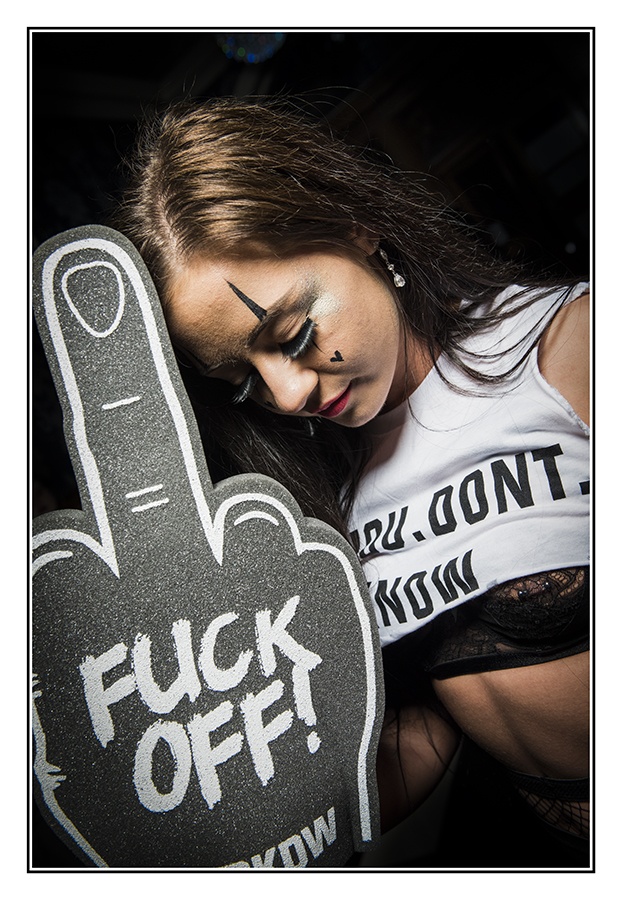 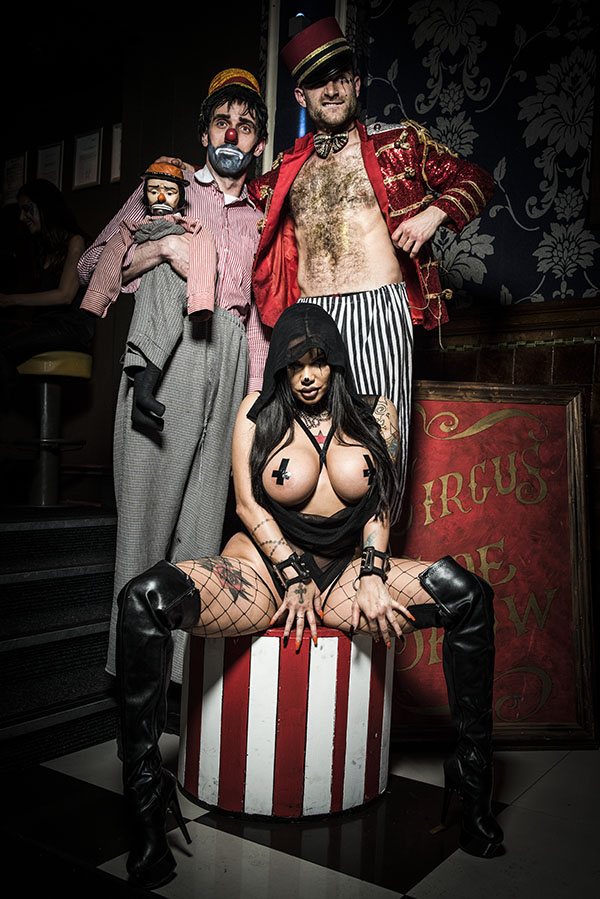 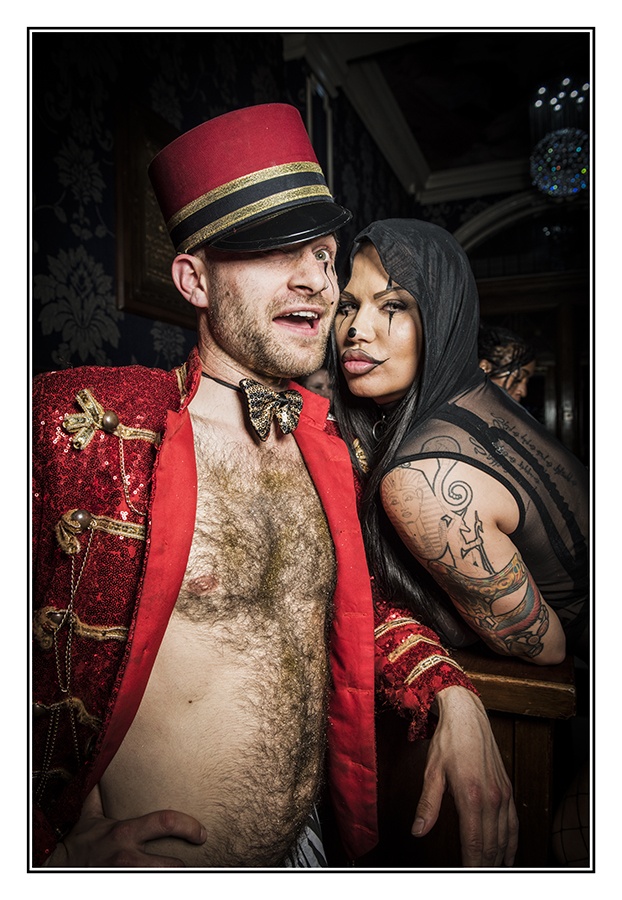 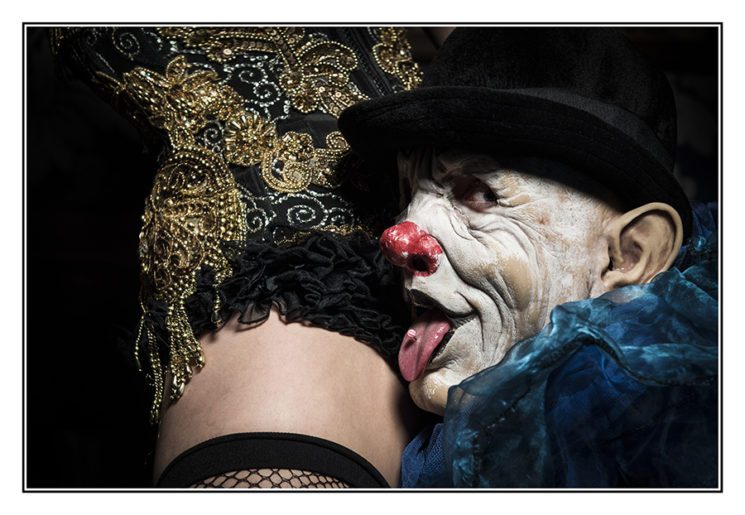 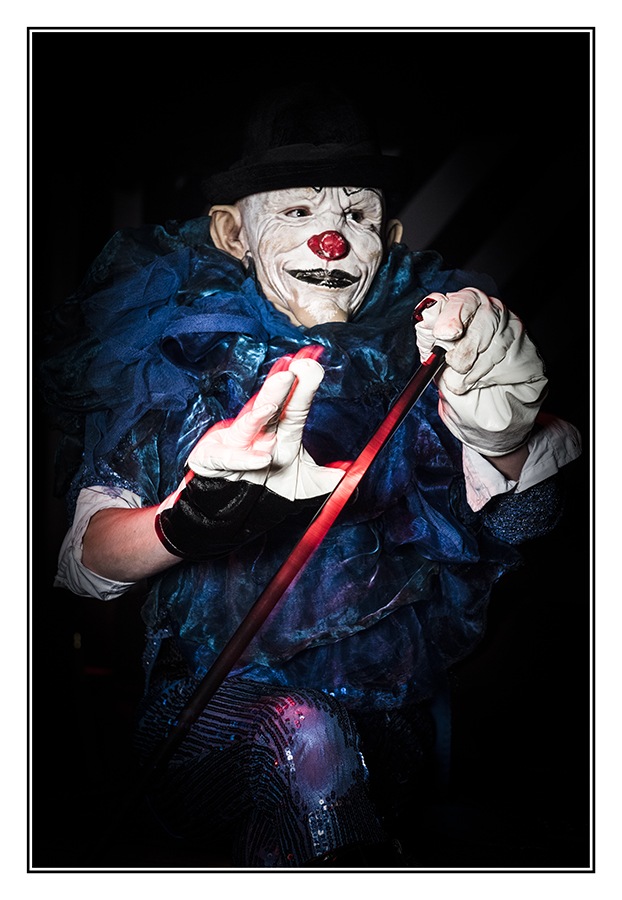 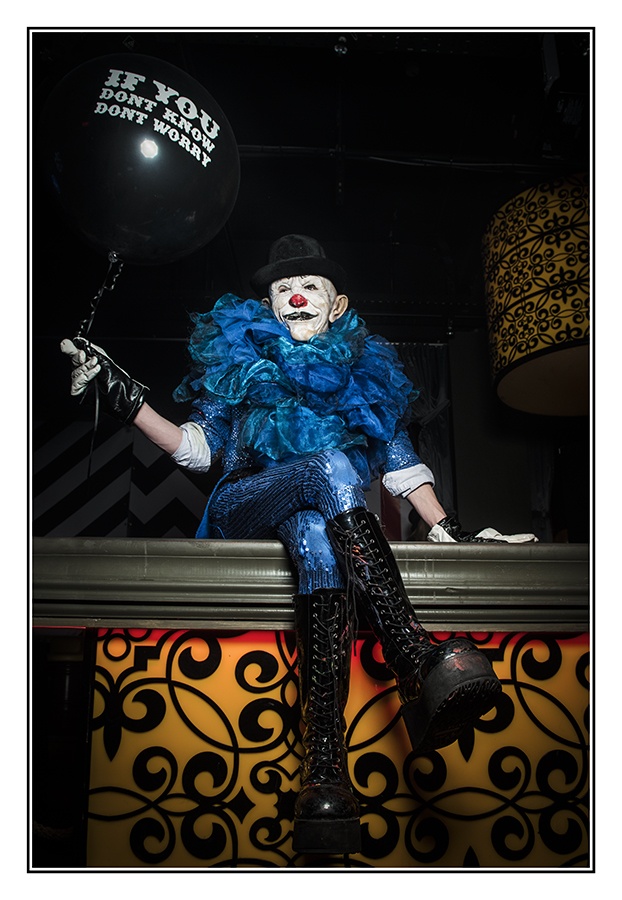 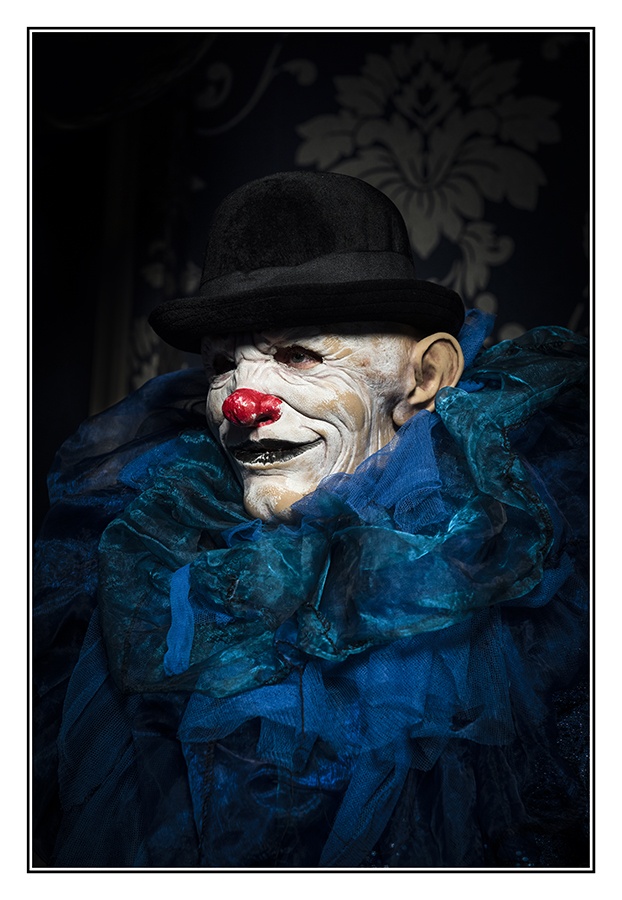 The new Lensbaby Trio 28 combines the Sweet, Twist and Velvet lenses into one + exclusive first look

« Is It OK To Use Your Kids For Profit?
Watch: top cinematographers explain what makes the image “cinematic” »