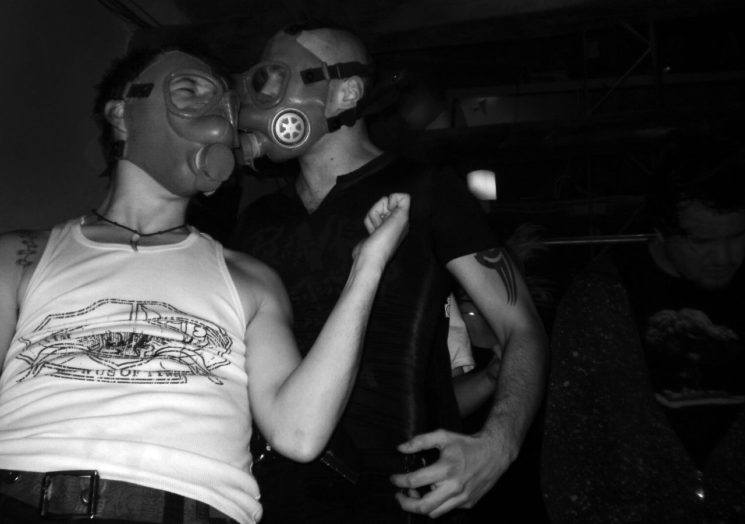 At the beginning of January, I was having a drink with a friend of mine. As it usually goes at this time of year, we asked each other about the New Year’s Eve and what we did that night. He started telling me about his fun night out, and at one point he said: “It was so good, that we don’t have any photos of the evening”. This made me think about tons of stuff, both as a photographer and as someone who likes going out. It mainly made me think about capturing the great moments of our nightlife, and of other super-fun moments of our lives.

Today, there are plenty of paid nightlife photographers. Also, all of us capture nightlife moments with our cell phones. But – what kind of moments do we actually capture? Is it really fun we eternalize – or is it something else? Also, is it different now than it was when we used analog cameras? Does nowadays a lack of photos, instead plenty of them, mean we had a good time?

My friend’s sentence made me think about all the nights when I had time of my life. I’ve had plenty of them, yet I have very few photos of those nights (and dawns), or even none. Of course, my friends sometimes take a couple of snaps, and so do I. And I would like to have more photos of seriously interesting nights. But when the party really gets started, I simply forget about my phone and focus on having fun. Most of my friends do. Even when I have the camera with me, at some point I just leave it in my bag and enjoy the moment. I don’t want to ruin it. 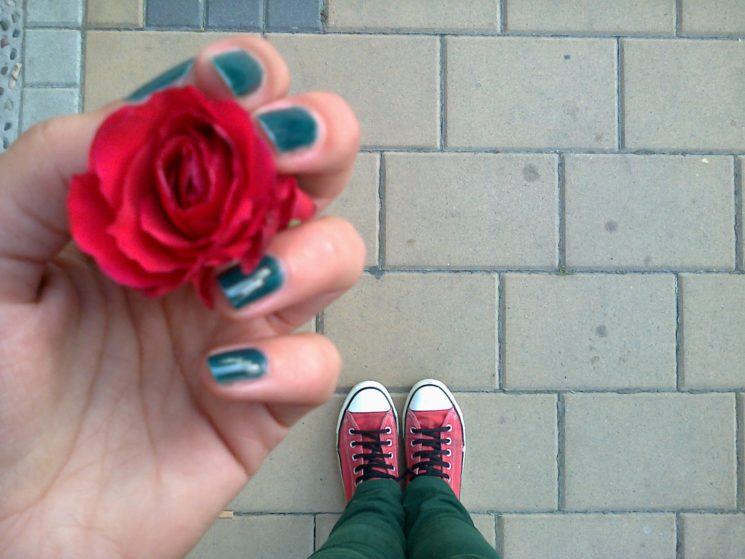 I had a night to remember. And I only took one photo with my cell phone – on my way home, early in the morning, after the party ended

That’s right, I believe cameras ruin the fun. When you bring a camera into a really fun moment, you “break the flow”. People immediately stop enjoying themselves in order to pose for the shot. Even if they pose so that it looks they’re having fun – it’s still posing. They shift focus from enjoying the moment to trying to look good for the shot. I think today, if you end up with lots of photos from a night out – you probably didn’t have the best time ever (even if it was considerably fun). 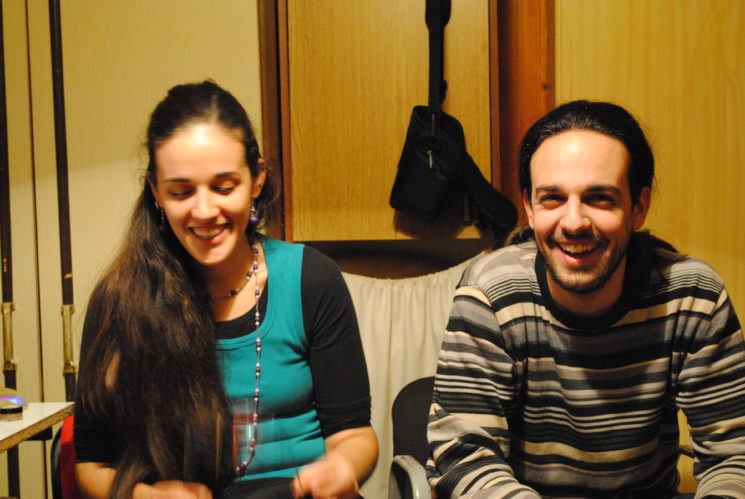 My 25th birthday, from which I have tons of snapshots. It wasn’t especially fun. But at least I ended up with my favorite photo of me and my bro

I think social networks also play a role here. People take photos and put them on their Facebook or Instagram profile, so your night out isn’t just yours. Also, I don’t know about your town, city or country, but here it’s pretty popular that photographers visit pubs, bars; gigs and concerts, and take photos of people. They later post them on websites and social media pages and make them publicly available. Now, it’s one thing that your friends and the people from the pub see you drunk and sweaty, dancing like no one’s watching. Not to mention some more hardcore situations. And it’s completely different if your mom, boss, your students, high school teachers or college professors can see you like that. It’s inappropriate. So it’s no wonder people stop having fun and start posing for the camera, trying to look their best. Or they pose so it looks they’re having fun, but without acting inappropriately. I can’t blame them. 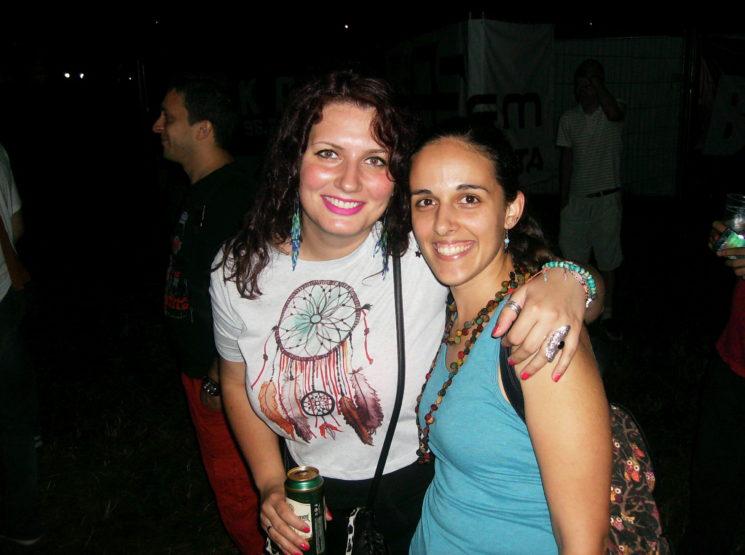 A kindergarten teacher and an English teacher at a beer festival + a reggae concert. See, we’re totally normal.

But this throws me back to the “old days” when we used analog cameras. I started doing photography more seriously in the digital era, but I’ve used a camera ever since I can remember. And I’m old enough to remember the times when digital cameras didn’t exist so… Yeah, I used an analog camera for quite a while.

I have a ton of photo albums, and about 30% of them are from nights out. But – it’s only from the really fun ones! Back then, I had only 24 or 36 photos to take, and I certainly didn’t want to waste them on moments that were too ordinary. When the night out became especially crazy and fun, that’s when I would take photos. And you know what’s interesting? People would get even crazier when the camera got involved. It still happens sometimes today, but mainly at house parties, and on very rare occasions. I don’t know why it was different before. Maybe we all wanted to make a fun night even more fun and remember it that way. But as I can recall – hardly anyone posed. They stayed in the moment and let me take photos of the night out as is, and I was the same when someone took photos of me. 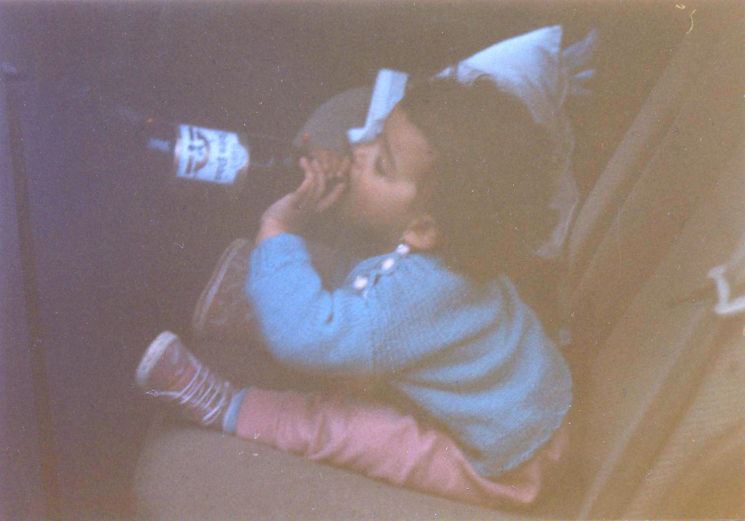 I think I totally stayed in the moment here

I started going out early, and the concept of “fun” and “crazy” changed over the years. At a later age, I captured some pretty hardcore moments on film. But people never made a fuss about it. What was I to do anyway – develop, scan and post the on the Internet? Not likely – most of us didn’t have the Internet connection until the mid-2000s. Of course, now we do have it, but who would have thought about it 15-16 years ago? If I were an asshole enough, I could post those photos on the Internet today, but why would I? Even if I did it, I don’t think anyone would give a damn about their 15-year-old photo from a night out.

As I said, I’m old enough, but I’m not that old. 15 years in the 21st century is a lot of time for technology to advance and change. But I don’t think it’s that much for people. I can’t believe people have also changed that much in only a decade and a half. To me, it seems that we came from boosting the fun with the camera, to killing the moment with it. From capturing the highlights of our nights out to taking photos when there’s really nothing better to do. 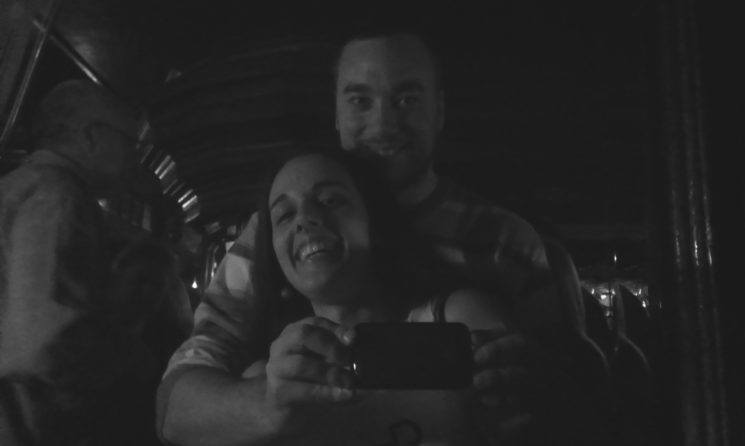 At a gig/party which was really boring, taking photos because there was nothing better to do

Over the course of 15 years, I have moved from saving the super-fun moments of a night out on film to saving them in my head when they’re really worth remembering. And it seems to me that many of my friends and other people around me have gone through the same transformation. How about you? Does the lack of photos from a night out mean you’ve had a time of your life? And was it like that 10-15-20 years ago? Does the camera ruin the moment for you, or does it still boost your mood and makes you act even wackier? I would like to hear your thoughts and experiences in the comments.

Photographing Pigments Can Kill Your Vacuum + Tip On Shooting Flour

« Obama’s official portrait was taken with a Canon 5D Mark II. Trump’s with a Canon 1Ds Mark III, which is even older
POTUS Twitter account uses header photo from the wrong inauguration »