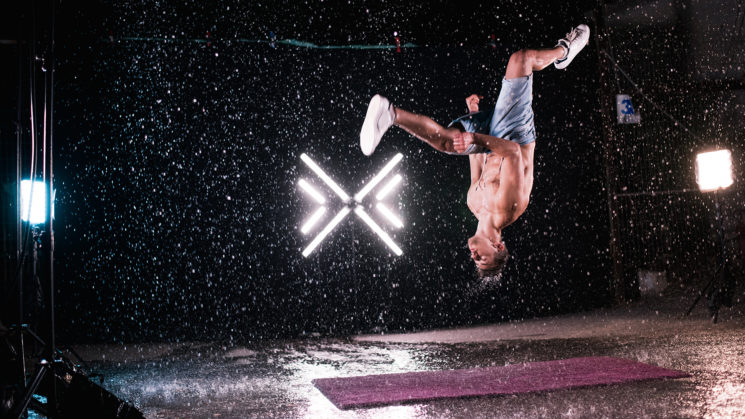 Slow-motion video is a lot of fun to shoot. I’ve been playing around with it myself a bit since recently receiving the Insta360 ONE R, which is capable of shooting up to 200fps. It can be tricky, though. You need subjects that benefit from being slowed right down for a start. And if you’re using artificial lights, you need ones that are flicker-free at the fast shutter speeds required for high frame rates.

Filmmaker Edden Ram recently teamed up with the folks at Spiffy Gear to overcome both of these challenges, bringing skateboarders, capoeira and fire dancers and more together to bring water, light and motion together for a pretty awesome final result.

The film was shot at night with the Sony FS5 and Atomos Shogun Inferno monitor, which allowed them to shoot and monitor at 240 frames per second. To light the big outdoor set, up to 15 sets of Spekular LED lights were used. 12 of those sets were used in pairs to light the subjects from the front and side, while the rest formed the shapes we see in the background behind the subjects. The ones at the back also helped to make the water droplets sparkle and produced bright specular highlights in the water on the ground.

The set itself was built with multiple custom rain rigs made from PVC pipe. Multiple rights were used at different distances in order to create some depth for a more three-dimensional effect. This setup required a lot of water. Way more than you can get from your kitchen tap. So, the team got permission to use a nearby fire hydrant. 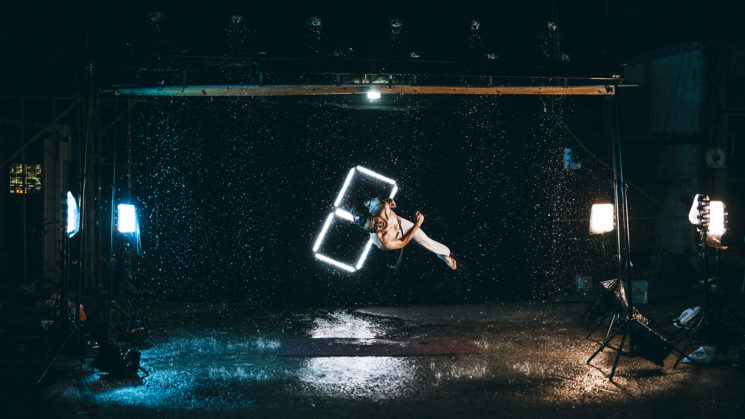 When you’re dealing with this much water, precautions have to be taken. Like most LED lights, Spekular LED lights aren’t IP rated, so they’re not designed for working in wet conditions. For the sets in the background, this wasn’t a problem because they were way behind where the water was falling. The ones on the side, though, were somewhat in the firing line, especially with dancers flicking water up and off to the side. So, these were covered in cling wrap to help keep them safe from the elements. 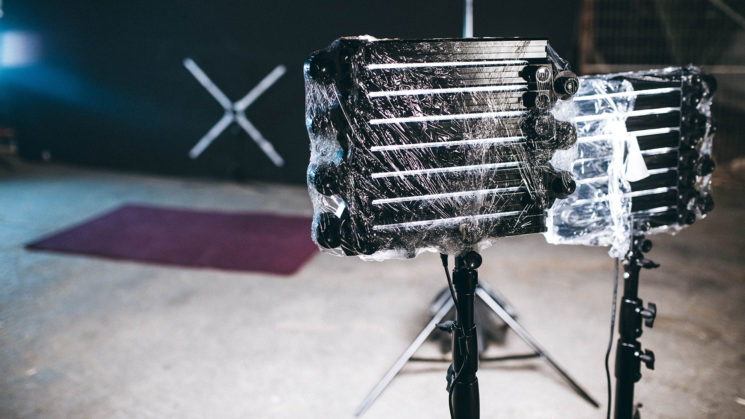 Spiffy Gear also posted a video to their own YouTube channel showing some more behind the scenes action, talking about the gear and techniques involved.

I haven’t messed around with artificial lighting in my own slow-motion videos so far. It’s all been outdoors in the sunshine. But, I do have a couple of sets of Spekular LED lights here, so it’s nice to know they’ll work at fast framerates without the flicker commonly seen with many other artificial lights. I think I’m going to have to set them up and have a play.