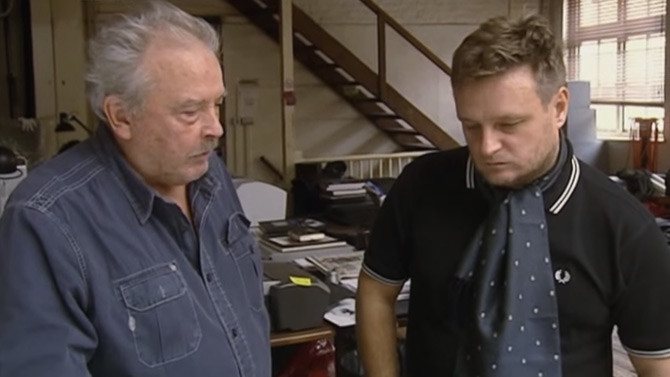 When it comes to the names of those that have changed the photography world over the years, fashion photographer David Bailey is often one of the first that comes to mind.  Leading the fashion photography of the 60s with cohorts Terence Donovan and Brian Duffy, they captured and created the “Swinging London”, and set the stage for things to come.

Coming back to today, we have John Rankin Waddell (aka Rankin), a high profile fashion photographer based in London, who in 2008 made a documentary entitled “Seven Photographs that Changed Fashion” in which creates his own tributes to iconic images by Richard Avedon, Helmut Newton, Herb Ritts, David Bailey, Guy Bourdin, Cecil Beaton, and Erwin Blumenfeld.

In this video, Rankin attempts to reproduce one of the images created by David Bailey.  To make things more challenging, photographer and friend Bailey is perched off to the side of the stage while he shoots his set, heckling from the wings.

Rankin certainly knows what he’s doing when it comes to photography, but to have somebody like Bailey heckling you throughout, that’s got to take some effort.

To top off the recreation experience, Rankin also had the opportunity to make his recreation using the same Rolleiflex medium format camera on which Bailey himself shot the original. 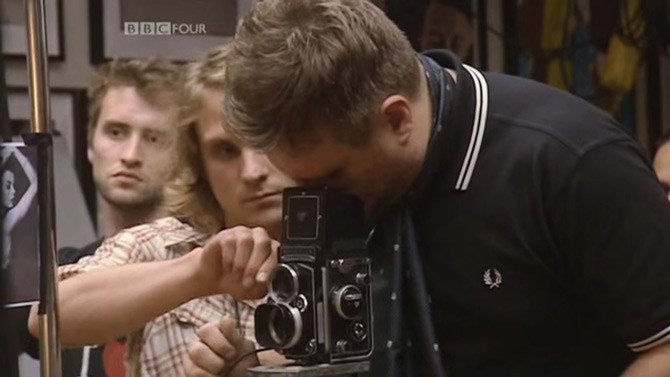 While the models were very different in appearance, he got pretty close, and went on to shoot a few frames with his digital medium format camera to try and show Bailey a modern trick or two. 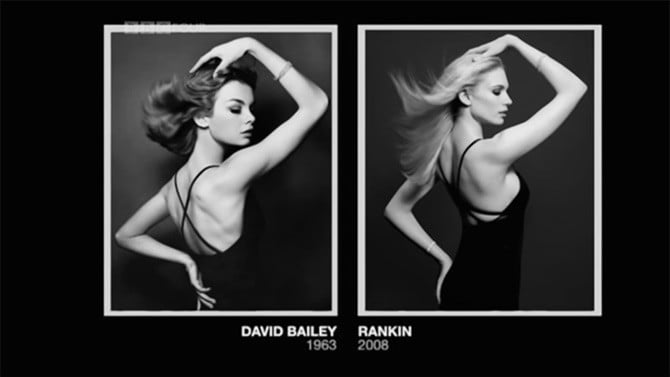 The above screengrab from the video compares Bailey’s original shot with one of Rankin’s shot on the Rolleiflex.

How do you think he did?  Let us know in the comments.