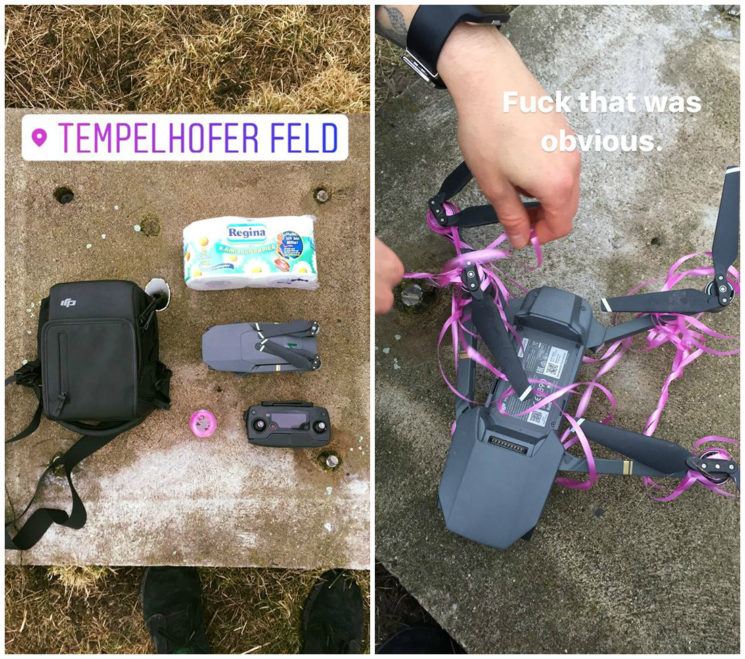 While some people are training eagles to take down drones, and others are using nets, it seems there are much simpler ways to take down a drone. Daniel Eggert took no more than a roll of toilet paper and some strings to do it. And the funniest part is that he didn’t even do it on purpose.

Daniel and his friend had a random discussion how much weight they can carry with their DJI Mavic Pro drone. Such discussions usually end in trying it out, and so was this time. They ended up buying a string and some toilet paper to hang under the drone as some kind of a flag. Promising, isn’t it?

Daniel and his friend went to Tempelhof in Berlin, as there they had enough space to try out their latest invention.

They combined the toilet paper and strings with the drone, and ran a test flight. And it ran pretty smoothly. After this, they set the drone to sports mode and rushed it 45 km/h across the field. Maybe I’m childish (okay, I am), but it looks funny as hell.

The guys also thought it was funny, and while they were wiping the laughing tears, the string got into the first rotor blocking the drone’s engine. Only a few seconds after the video was taken, the Mavic Pro painfully crashed. 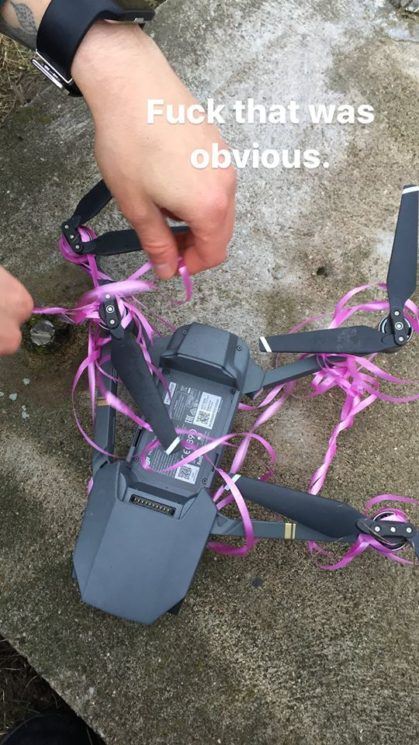 Luckily, the damage wasn’t big. One rotor broke off and front camera looked a little beaten up. However, the drone still said it was “ready for takeoff.” That’s what I call having more luck than sense. The guys admit their foolishness themselves, and advise that “the next time you hang stuff under your drone [you should] let this story guide your stupidity.”

« Snapchat Spectacles are finally available for online purchase
This photographer doesn’t just find locations, he builds his sets from scratch »