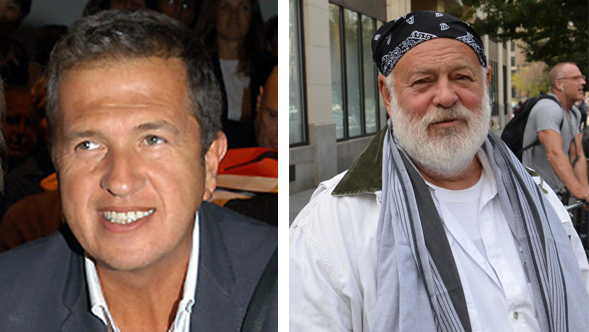 After banning Terry Richardson, Vogue publisher Condé Nast is cutting ties with another two famous fashion photographers: Mario Testino and Bruce Weber. The reason behind the decision is the same – the photographers have been accused of sexual abuse.

With the #MeToo movement becoming bigger, the number of sexual abuse accusations is rising. And according to recent claims against Weber and Testino, abuse hasn’t affected female models alone. These photographers have been accused of sexual misconduct by male models and assistants.

In December 2017, Bruce Weber was first accused of sexual abuse by a male model who worked with him. As The New York Times writes, fifteen male models who worked with Weber have made accusations so far. They have described a pattern which reportedly included “unnecessary nudity and coercive sexual behavior,” often during photo shoots.

Both Weber and Testino are defending themselves against the allegations. Testino’s lawyers said in a statement that the models and assistants who made the accusations “cannot be considered reliable sources.” Weber said in a statement from his lawyer that he’s “completely shocked and saddened by the outrageous claims” against him, and he “absolutely denies” them.

After this series of claims, allegations, and accusations, Condé Nast has crafted new Code of Conduct. Its goal is to make a working environment that is safe and positive for everyone working with the publishers. The guidelines include:

Anna Wintour, artistic director of Condé Nast and editor of Vogue, has issued a statement regarding the matter. She says that the accusations against the two photographers are “hard to hear and heartbreaking to confront.” According to her, she believes in remorse and forgiveness, but “takes the allegations very seriously.” Therefore, as Vogue writes, Condé Nast has decided to put its collaboration on hold with both Weber and Testino, at least for now.

« Baby plate bounce card gear hack
Take a selfie, Google will find your look-alike in a work of art »