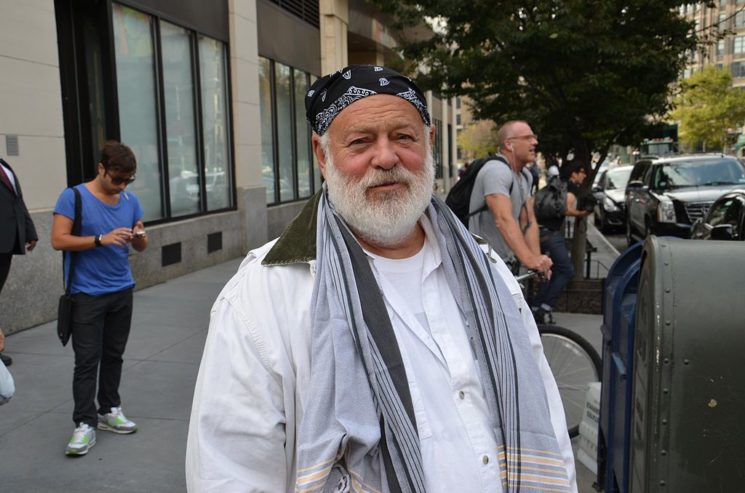 It looks like the entertainment and fashion industry will remember 2017 by numerous accusations of sexual harassment. After Terry Richardson, fashion photographer Bruce Weber has joined the group of the alleged sexual offenders. As The New York Post reports, model Jason Boyce has sued Weber for sexual harassment that he claims occurred in December 2014. Boyce was 28 at the time, while Weber was 68.

Reportedly, the lawsuit reads that Weber closed the door to the studio when Boyce arrived at the shoot, and after taking some shots, Weber noticed that Boyce was “very tense” and rubbed oil onto his forehead. The suit describes the course of events further, stating that Weber told Boyce to take his clothes off. Allegedly, Boyce obeyed Weber’s instructions because of the photographer’s “influence in the industry.”

Weber is known for his ad campaigns with clients such as Calvin Klein, Ralph Lauren, Pirelli, Revlon, and others. He has worked for Vogue, Vanity Fair, Elle, Life, Rolling Stone and other publications. As The New York Post writes, his portfolio includes photos of Richard Gere, Kate Moss, and David Bowie.

The New York Post exposes details from the court papers further. As they report, Weber didn’t stop at asking the model to remove his clothes. He allegedly removed his underwear, forced him to rub his own genitals and put the model’s finger in his mouth. Allegedly, Weber whispered: “If you just had confidence, you’d go really far” and “How far do you want to make it? How ambitious are you?” Boyce didn’t respond, and Weber allegedly sent him home, but kissed him on the lips before he did so.

Boyce’s agent, Jason Kanner of Soul Artist Management claims that Boyce didn’t talk about the shoot, but rather about the photos. He had one more casting call at Weber’s studio, but the photographer wasn’t present. Kanner further says as The New York Post reports:

“Mr. Boyce felt intense dread at the thought of a modeling career in an industry where Mr. Weber was considered by many to be a top photographer and primary champion of male models. He was worried that he would continue to run into Mr. Weber throughout his career. He experienced anxiety, depression, and high levels of stress.”

According to the suit, the event caused Boyce to move back to California and never return to New York for modeling work. As he says in court paper, this wasn’t the first time or Weber to get engaged in such conducts with male models Kanner and Soul Artist referred to him. He claims that Kanner is aware of the other conducts as well.

According to The New York Post, Kanner and Weber didn’t respond to emails seeking comments.