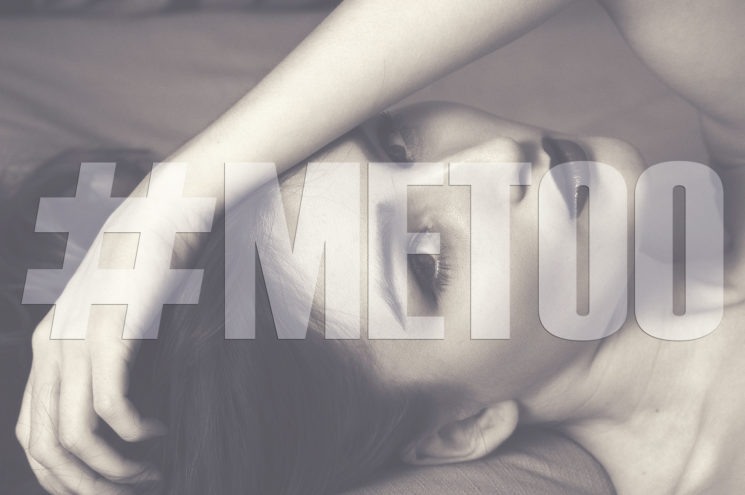 As the #MeToo movement is gaining momentum, we’re hearing more and more stories from the people who underwent sexual harassment. Some photographers were accused, or even banned from working because of the accusations of sexual misconduct.

As an attempt to fight and prevent sexual harassment, three Canadian models have started a closed Facebook group. Here, both female and male models can submit the information about Canadian photographers. This way, they can warn each other and point out to the photographers who should be avoided.

Drew Catherine is a Canadian model and one of the founders of the group. As she tells CBC News, she’s had many uncomfortable encounters with photographers throughout her three-year working experience in Toronto. She shares that the stories of other Toronto-based models are also “heart-wrenching.” According to her, they often include “rape, abuse, photographers selling their images without permission, taking photos of them in dressing rooms.”

After she was fed up with the abuse, Catherine started a closed group named Toronto-Ontario Photographer Reviews. It’s a closed group made only of the models, where they can share experiences and warn each other on the sexually inappropriate photographers. As she says, she wants to change the feeling of being powerless when you’re new to the industry. Her group works “almost like a union or an agency to fall back on.” Catherine adds that some photographers see undressing for the camera “as an invitation.” But she makes it clear that the models aren’t there for the photographers, but for the camera.

As CBC News writes, the group has caused a backlash from photographers, so they started their own closed groups as a response. Still, Catherine insists that her group remains a “secret, quiet spot” where the models can speak their mind and share their experience.

In a way, it’s understandable that some photographers are mad, even if they’ve never been sexually inappropriate to their models. I mean, one can’t help but wonder: what happens if someone bashes a photographer because they want to destroy their career (for whichever reason)? Fortunately, Catherine has taken this into consideration.

According to Catherine, six admins carefully monitor the group, and they are the only ones with the power to create new posts. If there’s an accusation of an assault, she does a research and contacts the photographer to get his part of the story. It’s not the goal of the group to trash photographers, but to talk about the experiences models had with them, and the team of admins does their best to keep it this way. And thanks to the careful research, they don’t post the accusations that appear to be fabricated.

As I’m told, this is a fairly common way of communication between the models. Since I’m not a model, this is new to me, but I think it’s great and helpful. Sexual harassment should be prevented, that goes without saying. And even if it happens, the victims should speak about it openly, point to the predators, and warn others. These closed Facebook groups are one of the ways to do it, and as long as the stories are not one-sided, I think they could spare many models from unpleasant experiences and expose the photographers who behave inappropriately.