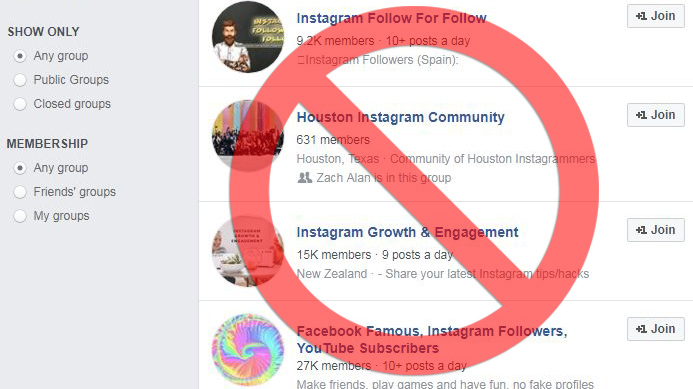 Facebook has recently killed 10 large groups created for gathering likes on Instagram. Some of them had hundreds of thousands of members who were helping each other beat the algorithm. The members of these groups coordinate likes and exchange follows in attempts to make each other’s posts more visible. However, these groups have reportedly violated Instagram’s and Facebook’s terms of service, so they were taken down.

When you type “Instagram” in the Facebook search bar, many of the results will refer you to groups for exchanging followers and gaining likes and comments. BuzzFeed News reports that the groups were sometimes used to create “pods” on Telegram as well, in order to coordinate the like and comment exchange. Reportedly, one of the groups that Facebook shut down counted 200,000members. But the remaining ones I saw in the search are pretty big as well, with tens of thousands of people. 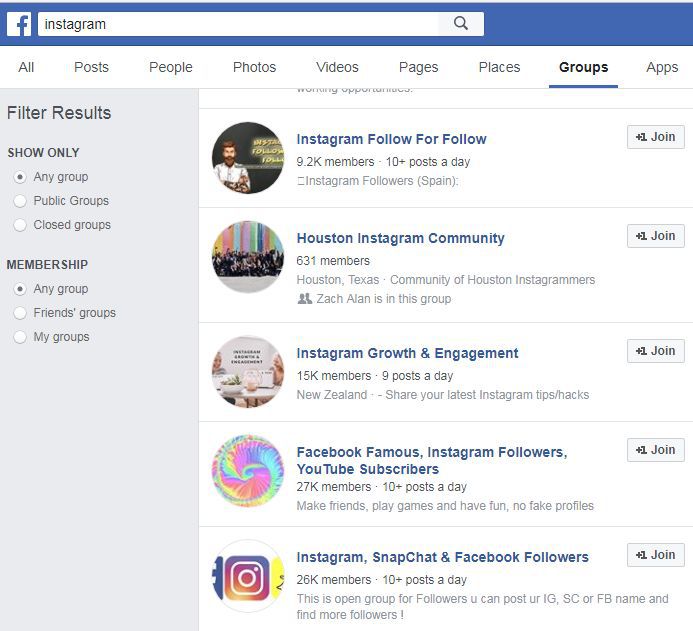 I believe that the expansion of these groups began when Instagram implemented the algorithm which sorts posts by popularity instead of chronologically. The number of likes and comments also assess whether a post will find its place on the Explore page. So, it’s no wonder people get drawn to these groups in an attempt to make their posts more visible. And I guess it was especially useful for those who want to promote their personal brand, business, products or artwork. Still, Facebook and Instagram earn good money from sponsored posts, so it’s logical to guess that they want people to pay for extra visibility, not to get it by tricking the algorithm.

I hate Instagram’s algorithm and its logic, so I can understand the attempts to beat it. But on the other hand, I was never a fan of cheating, and these groups sure are cheating.

What do you guys think? Should groups like this exist and should people help each other beat Instagram’s algorithm? Or is it a good thing that they’re being shut down?

« New ad shows: Portrait Lighting on the iPhone X is a studio in your pocket
How to make the best of backlighting in landscape photography »