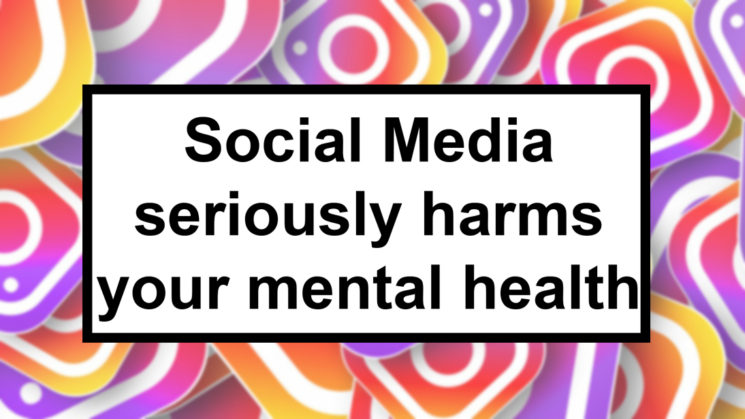 Researches have shown that social media can have a negative impact on mental health, especially in teenagers. Over the recent weeks, Instagram influencers and famous models like Gigi Hadid and Kaia Gerber are sending their own message against social media. Their approach is pretty unusual, but effective: they share photos with a phone case in the frame, with a warning reading “Social media seriously harms your mental health.”

The phone case is designed to resemble those warning labels we see on cigarette packs. It comes from Urban Sophistication Ltd., a four-year-old brand by two young siblings: Elad Yam, 23 and his sister Neta, 21. They launched the case in December 2017, and according to The Verge, it remains a best-seller. Over these almost two years, many models and influencers have bought the case and have posed with it. It usually appears in “mirror selfies,” so it sometimes seems as if it’s printed backward. These people share photos regularly with millions of followers, so at the same time, they share the message about the harmfulness of social media.

When speaking to The Verge, Elad said that he and his sister didn’t really expect the phone cases to become such a hit among influencers. However, “that was the best scenario we had in mind,” he added. A phone case is an item that often appears in Instagram photos, so their message is spread worldwide.

I’m sure you notice the irony: models and influencers with millions of followers are sending a message against social media on social media. But the relationship with Instagram doesn’t seem to be that simple. Neta told The Verge she occasionally deletes the app from her phone, even just for a few hours. But on the other hand, her and Elad’s brand would hardly become so popular without Instagram, so she can’t ditch it completely. “It’s very mixed feelings,” she says, and I guess that’s the best way to describe it.

The Verge reached out to some of the models who have posed with the Urban Sophistication phone case. All of them have reflected on the effect Instagram has had on their self-confidence and mental health. Still, I believe that it’s not easy for models, brands, and influencers to ditch social media, no matter how it makes them feel. Their job requires them to be active and present online, to be accessible, and “on the radar” of their audience.

But then again, if so many people are using Instagram, perhaps the best way to approach them is through this very platform. Even if the relationship with social networks can be complicated, in my opinion, we shouldn’t give them up completely. However, it’s important that we use them wisely, and I believe that people should be educated about it. No matter how quirky this “phone case” method may seem, it can be a good reminder that social media shouldn’t be taken too seriously if we want to stay sane.