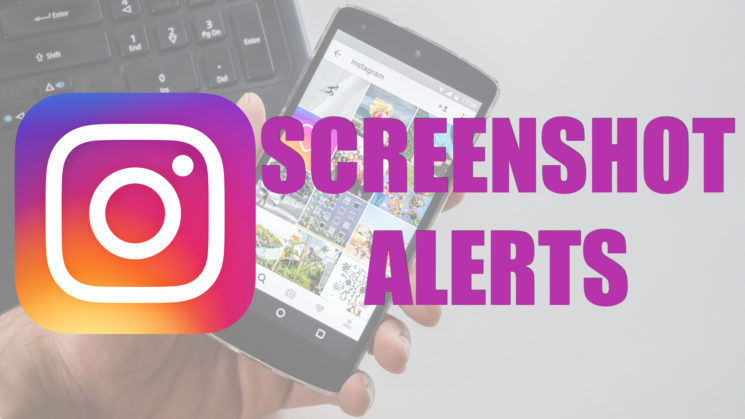 It’s not a secret that Instagram’s “Stories” function was inspired by Snapchat. At the moment, Instagram is testing another “Snapchatty” feature: the app is now notifying some users when someone takes a screenshot of their story.

Instagram hasn’t rolled out the feature for all users yet as it’s still in the test phase. As The Verge reports, some of their staff members have seen this on their accounts. When someone takes a screenshot of another user’s story, both sides get notified.

The person who took the screenshot receives a pop-up warning from Instagram reading: “Next time you take a screenshot or screen recording, the person who posted the story will be able to see it.”

chose insta stories over snapchat stories cos of the screenshot thing but…. whats this instagram pic.twitter.com/tOi2rP7cWb

As for the person who posted the story, they don’t get the pop-up warning. Instead, they should go to the “seen by” list. Among the people who viewed their story, anyone who took a screenshot will have a shutter icon next to their nickname.

In a statement given to TechCrunch, the Instagram spokesperson said: “We are always testing ways to improve the experience on Instagram and make it easier to share any moment with the people who matter to you.”

According to some tweets I stumbled upon, users are not really thrilled about this feature.

YOU CANNOT SCREENSHOT IG STORIES ANYMORE!!! CONFIRMED. THIS IS NOT A JOKE. WHETHER OR NOT NAG UPDATE KA UG INSTAGRAM, YOU WILL STILL GET THE MEMO NGA NAA NAG SCREENSHOT SA IMONG POST :(

I have never taken a screenshot of a story and don’t see why I even would. But I have had a problem with stalkers and from that perspective, I think that screenshot alerts are cool. I know I am being subjective, but I think that a feature to expose stalkers is good.

On the other hand, I see some people are displeased because “they can’t take screenshots of their crush’s stories.” Well, the good news is they can still take screenshots from Instagram’s PC platform. But alas, so can actual stalkers.

Even if you don’t have stalkers, I think this feature could be useful for photographers. You can track if someone takes a screenshot of your story, so you can keep an eye on people who might use those screenshots to steal the photos you post. Still, as long as it’s possible to take a screenshot from the computer, I guess people still can take a screenshot of something you want to be disposable. Since it’s still in the test phase, we will see whether it will be rolled out at all.

[via The Verge, TechCrunch]

Instagram will no longer notify you when someone screenshots your story