It’s not really a secret that Facebook wants Snapchat. They offered to buy them, and Snapchat refused. So, now Facebook seem to be working as hard as they can to introduce Snapchat-like features into all of their platforms. It started with Instagram adding basic stories, which then spread to Facebook and WhatsApp. Every new version seems to add a little something extra that Snapchat users will be familiar with.

Now, no surprise, facial filters have finally come to Instagram. It was inevitable, really. But it took a while. It’s understandable why some features are taking a while to show up, though. Not all Instagram users have tried Snapchat (I hadn’t, until recently). Adding everything all at once can be a little overwhelming to existing users. So introducing it a bit at a time eases that transition to where Instagram wants to be.

I can’t ever really see myself using the facial filters, although they can be fun for embarrassing friends. What’s really interesting in the new update, though, are some of the new creative and promotional additions.

First up, next to the familiar boomerang, we now also have the option to post videos in reverse with the “Rewind” feature. Seeing things go in reverse is often pretty strange and surreal, so it’ll be interesting to see what people can do with it. 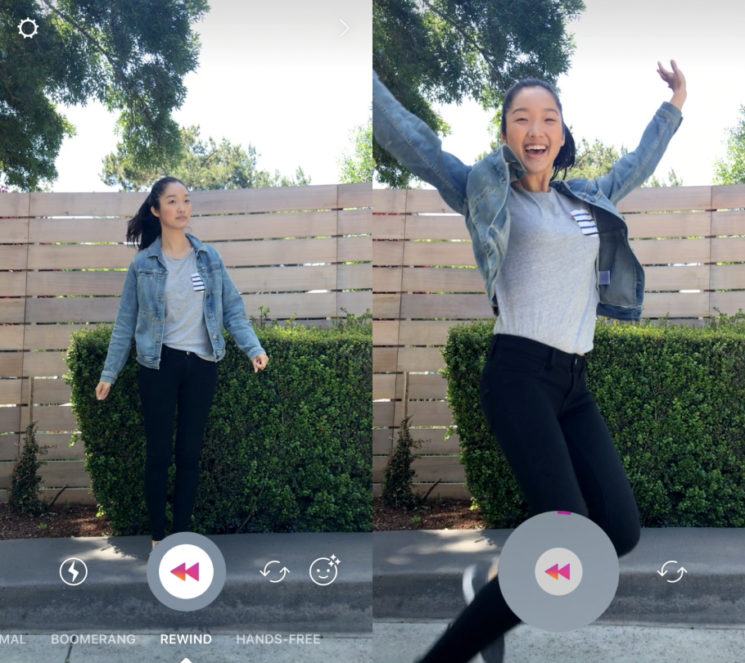 There’s also hashtag stickers. Beyond simply tagging a hashtag in text in your story, now you can link straight to the hashtag search results. This’ll make it a lot easier to find more related content. 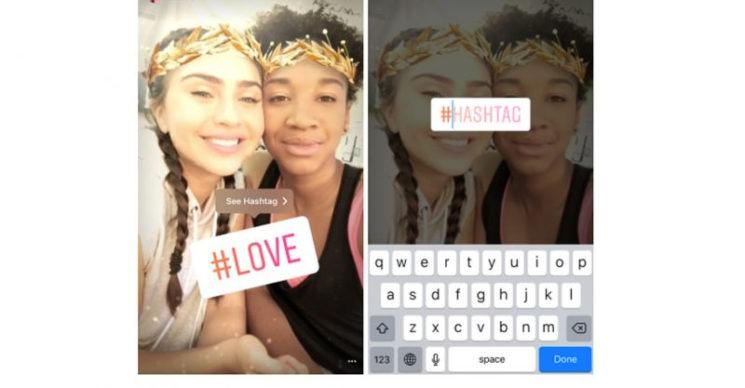 And something else that’s rather interesting is the new eraser brush. You can erase things you’ve drawn, or selectively reveal images beneath a block of solid colour – something that seems to have become popular on YouTube again as of late. 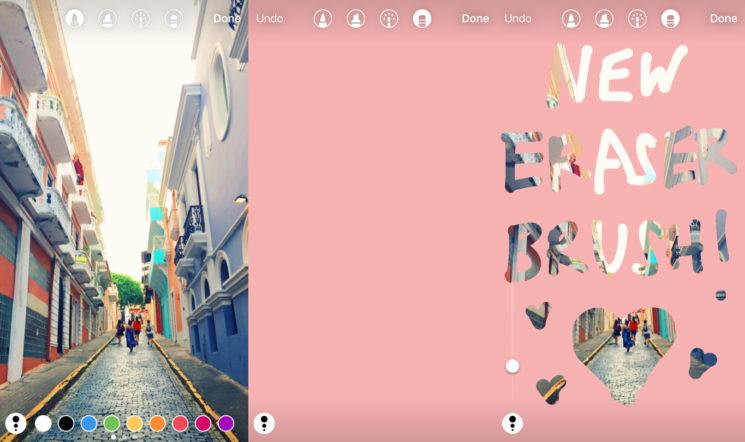 Snapchat seemed like a bit of an unstoppable force for a while. With Facebook incorporating similar features across all its platforms, though, Snapchat should’ve taken the money when Facebook offered it. Instagram revealed its daily stories consumption is 20% higher than Snapchat already. Snapchat also seem to have taken huge losses in value in their recent financial report. Its first as a public company.

I wasn’t sure about how I’d like Stories when they first appeared on Instagram, but they have definitely grown on me. Having just spent 10 days in Scotland, being dragged up mountains, through lochs, and into rivers, I was posting to my story 5 or 6 times a day.

I wouldn’t have ever dreamed of installing Snapchat or any other app just to be able to do that one thing. But as a way to bring in more followers and engagement to an already existing account on Instagram, it’s been fantastic. So, I think it’s great that Instagram has expanded the platform beyond its original straight up image sharing. Although, I’ll probably leave the bunny ears alone.

« How iPhone 7 Plus compares to $82,000 Arri Alexa
The thrift store challenge is over. Student finds pristine Leica M2 for only $5 »